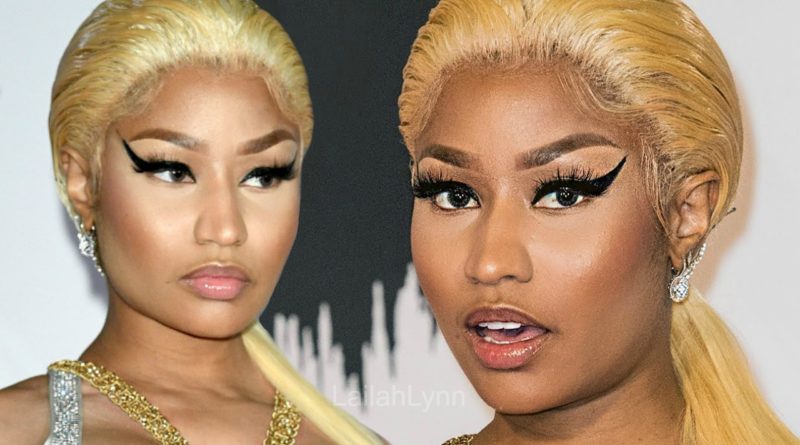 The Barbz are out for blood, and apparently ANYBODY can get it, even Nicki Minaj’s own hairstylist “Arrogant Tae.”  Arrogant Tae took over for Nicki Minaj after Kim Kimble was criticized for not bringing it when it comes to Nicki’s hairstyles, particularly her VMA hairstyle where she had two long thin pigtails.

In my opinion Arrogant Tae seemed to be doing a good job with Nicki’s hair, especially her hair color.  Although Nicki has had some “misses” recently, IMO, like her EMA Awards hairstyle. 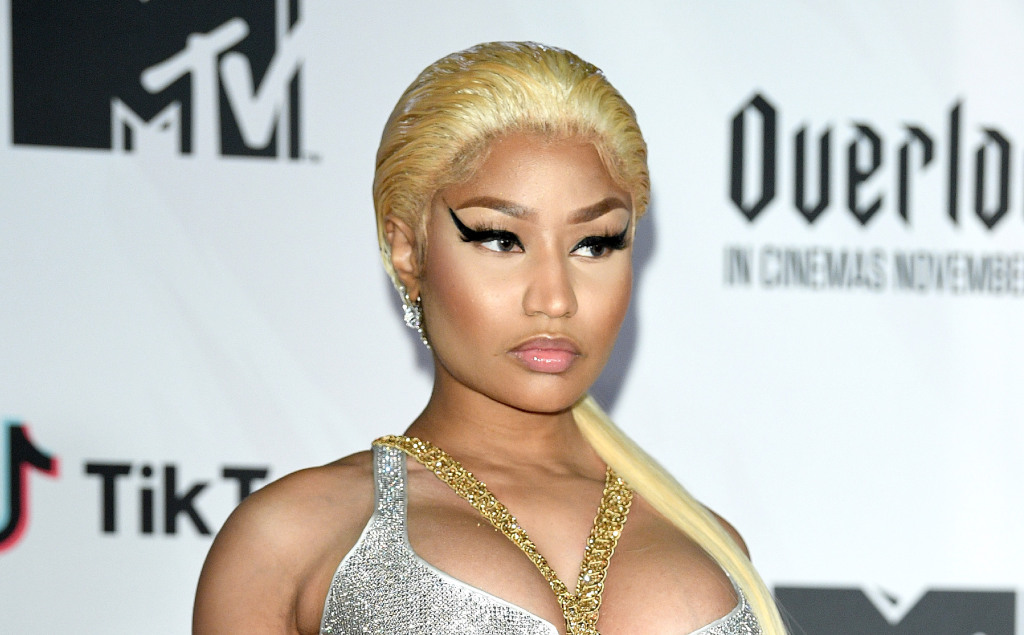 To me, her EMA Awards unit looks a bit like a helmet in the front, than a natural hairline.  And some have compared it to a Mike Myers wig.

But I know sometimes clients REQUEST certain hairstyles, even if the hair style doesn’t exactly flatter them.  So I’m guessing Nicki requested that hair and that eyeliner for the night. I’ve seen pictures of Nicki Minaj with her winged liner touching her eyebrows before, so this is not something new for her.

Nicki is her own woman, and apparently this is what she WANTED to look like that night.  So I don’t exactly blame Arrogant Tae for her hairstyle that night.  I blame Nicki.

Anyway, yesterday Arrogant Tae, posted a video on his Instagram that some fans found disgusting and the Barbz let him have it!!  The video has since been deleted, but fans who saw it say it was tacky and distasteful.  Apparently it showed one woman twerking upside down with her vagina out and another woman patting her.  One person commented saying that’s why Beyonce would never let him touch her head.  She commented: 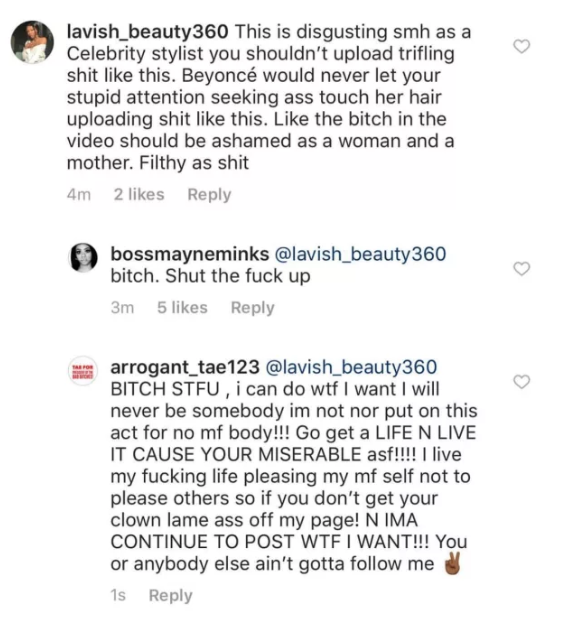 And another person commented: 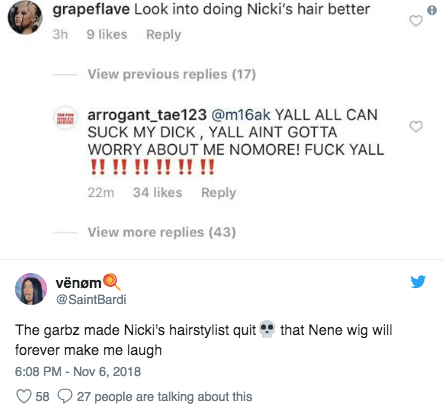 Now, because of that last comment where Tae said “y’all ain’t gotta worry about me no more” people are saying that Tae quit his job as Nicki’s hair stylist!!

I don’t know about y’all, but nobody is making me quit my job.  Especially if it’s my dream job that I’ve worked years to get.  And Tae has said before “I’ve always dreamed of becoming a celebrity hair stylist” so I was surprised people were saying that he quit because of a few Barbz attacking him online.

And I actually don’t think he quit his job with Nicki.  When I read his last comment I got the feeling he meant that he wasn’t going to deal with the Barbz on social media anymore.  And if you look him up on Instagram now – you can see that his page is gone.  There are a few people pretending to be him, but his actual IG page is gone.

But personally, I don’t think that means he quit his job.  I think he just quit Instagram!

In the past Nicki Minaj used to get her hair styled by Beyonce’s hair stylist Neal Farinah.  And Neal posted a throwback picture to his Instagram of when he used to style Nicki’s hair. 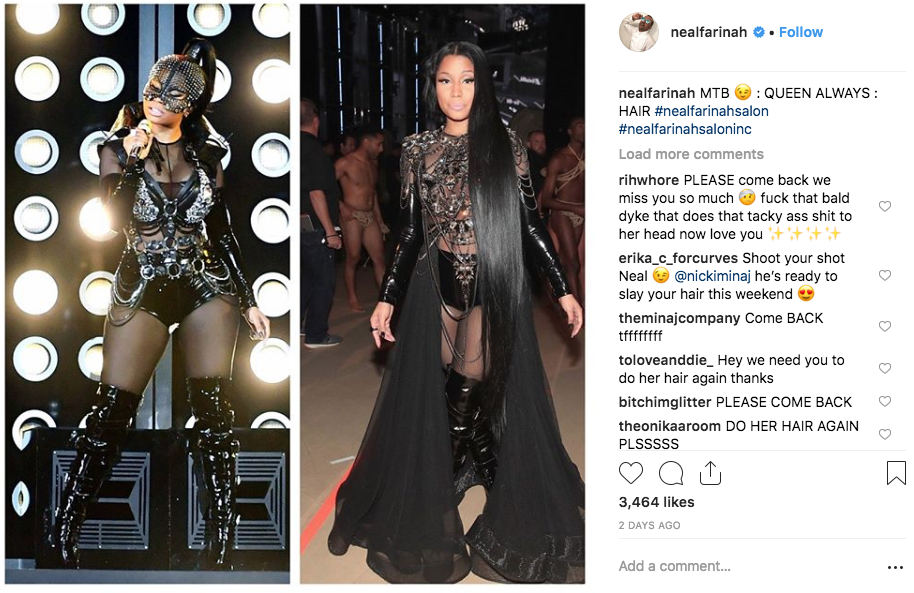 To me, Nicki’s best looks are when her hair is black and either pulled up in a high pony or parted down the middle and left flowing.