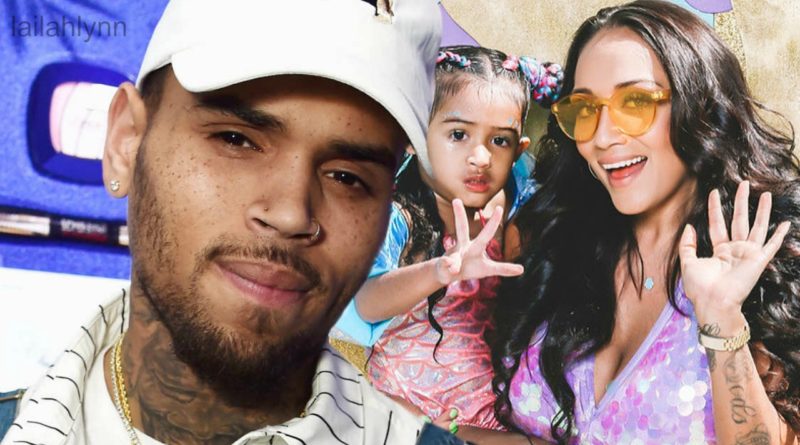 What’s up you guys??? I have missed you all so much!! I have been hard at work on a big project so I have been off YouTube for almost 2 weeks!  I’m finished my part but I’m still waiting on a few other people to finish theirs.

But I wanted to come back to YouTube and sip some tea with y’all!

It’s being reported that Chris Brown and his daughter’s mother, Nia Guzman are on better terms now that he has increased his child support payments to Nia AND agreed to buy her a house! I’m going to get into the REAL reason I believe Chris agreed to buy Nia a house, but first let’s get into the facts of the situation.

Chris Brown will ‘significantly’ increase his child support payments to Nia Guzman, following reports the pair have patched up their relationship.

Chris Brown, who shares daughter Royalty,  with his former partner Nia Guzman, currently pays her $2,500 a month but is set to up the sum dramatically after months of discussions in mediation.

While he’s not planning to fork out her requested $21,000 a month, Chris has agreed to buy a house for Nia and will also pay her legal fees.

In September, Chris Brown argued their daughter would be ‘spoilt’ if he increased his payments in line with Nia Guzman’s request or gave her the $250,000 in retroactive child support she had also asked for.

He argued in court documents: ‘Providing a four year old with everything she demands could be harmful and is not in her best interest.’

Outlining his expenses, Chris stated that he pays $6,000-per-month for Royalty’s private school and also covers her medical expenses and the cost of her nanny – even though Nia’s mother reportedly takes of her.

Chris accused Nia of using their little girl as a pawn and made it clear on his documents that he’s not willing to pay the $21,000 per month she has reportedly requested.

However, Chris has offered to increase the fee to $9,813 a month.

Alright, so those are the facts.

OK so some of you may remember in September I reported that Chris Brown’s daughter Royalty had actually stolen money from her grandmother’s purse to give to her mother, who had been discussing child support payments with her 4 year old daughter.

Nia Guzman admitted to telling Royalty Brown that “her father does not pay proper child support.”

And Nia Guzman said Royalty gave her the money she stole from her grandmother and said, “She told me she took the money so she could buy me a house because she wanted her own room.”

“She wanted her own room.”

So I know the story about Chris Brown buying Nia Guzman a house is being sensationalized online and people are saying that him and Nia are only getting along now because he’s agreed to buy her a house.

But I think the real reason he’s buying her a house is simply because Royalty wants her own room.  I’m sure she has her own room at Chris Brown’s mansion.  So it makes sense that she would want her own room at her Mom’s house.  And since her mom is unable to do that, her dad is making it happen for her.

Leave a comment and let me know what you think about Chris Brown buying his child’s mother a whole house?  Do you think it’s the right thing to do since he daughter wants her own room there? Or do you think maybe his daughter should be living with him?