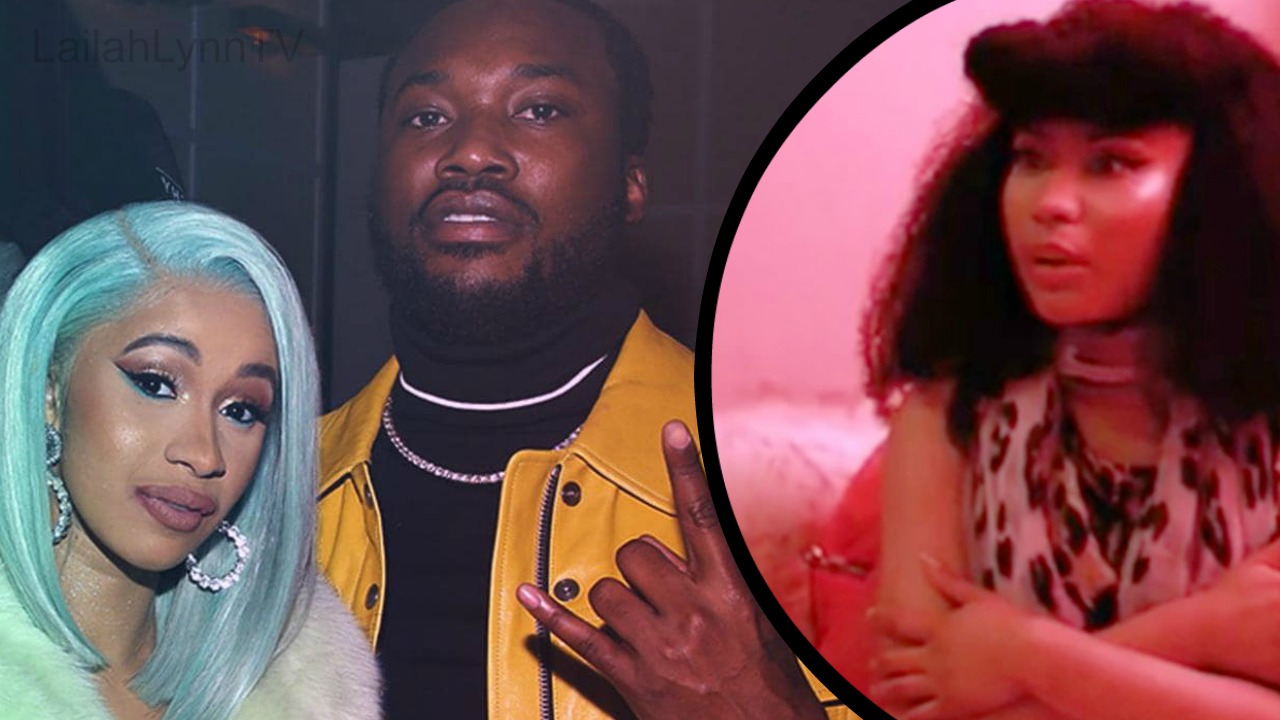 They say a hit dog will holler, and it looks like that’s exactly what Meek Mill did when Nicki Minaj revealed she was abused in a previous relationship.

Nicki Minaj previewed clips of her Queen documentary last night on her Instagram where she reveals that not only did her mother suffer abuse, but so did she.

Meek Mill is the one who actually spoke up as if he was offended by Nicki Minja’s revelation.  From what I hear, in the documentary Nicki Minaj never actually says the name of the person that was abusive toward her.  But she does give a timeline.  And if you’re a fan of Nicki Minaj then you already know who she was dating during the timeline that she describes.

She says during the time that she was in this relationship that she wasn’t able to record new music because she was scared to get in the studio and didn’t believe in herself.

Safaree has commented before on how Nicki Minaj didn’t release new music during her relationship with Meek Mill and that’s how he knew the relationship wasn’t a good one.

They say a hit dog will holler.  And just 2 hours after Nicki Minaj released clips of her documentary revealing the abusive relationship that she was in, Meek Mill responded on his own instagram.

And he captioned the picture LOL as if he’s laughing at things.

Well there’s no doubt in some fans minds that this was Meek’s way of responding to Nicki Minaj’s claims of abuse.

and almost 800 people agreed with that.

And this person pointed out:

Now this person had an interesting theory of why Nicki Minaj might be revealing that she was abused and allowing people to point the finger at Meek Mill now.  She said:

If you hadn’t heard, word on the curb is that Cardi B has a diss track aimed at Nicki Minaj with a feature by Meek Mill.

So some people are saying that MAYBE Nicki Minaj is trying to paint Meek Mill as an abusive boyfriend because she knows about the diss track that him and Cardi B have together.

What do you think?  Leave a comment and let me know what you think about Cardi B revealing that she was in an abusive relationship.  Do you think Meek Mill is the person she is talking about? And do you think her revelation has anything to do with Cardi B and Meek Mill’s alleged diss track?