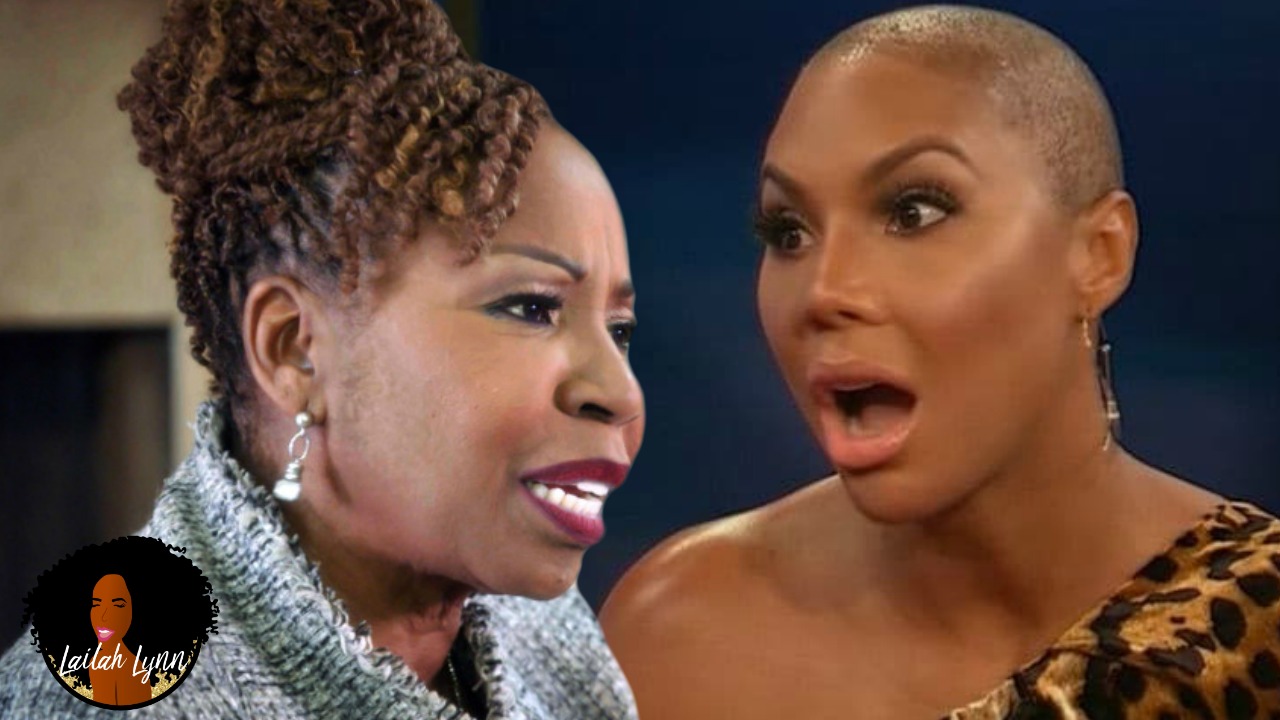 Word on the curb is that Iyanla Vanzant is threatening to take legal action after  Tamar Braxton made defamatory remarks about her on social media!

The Jasmine Brand reports that Iyanla Vanzant is allegedly threatening to sue WeTV and the production company for Braxton Family Values, Magical Elves, for the remarks that Tamar made on social media after Iyanla’s meeting with Tamar’s family went left.

Let’s first clarify that Iyanla’s meeting with the Braxton family was for the season finale of Braxton Family Values.  It was not an actual episode of Iyanla, Fix My Life – which airs on OWN.

But Iyanla Vanzant claims that Tamar made it seem like she actually went on Iyanla, Fix My Life on social media and on television – and by doing that  Tamar Braxton could impact OWNs ability to cast guests for Iyanla, Fix My Life – which of course, would affect the network financially!

Here on my channel I like to dig deep when it comes to legal issues, so we’re going to rewind and examine exactly what Tamar said AND what she didn’t say.

First: It’s being said that Tamar alluded to being on Iyanla, Fix My Life on social media.

After the taping with Iyanla, Tamar’s friend was frustrated with how Tamar was treated and he was tweeting about it. 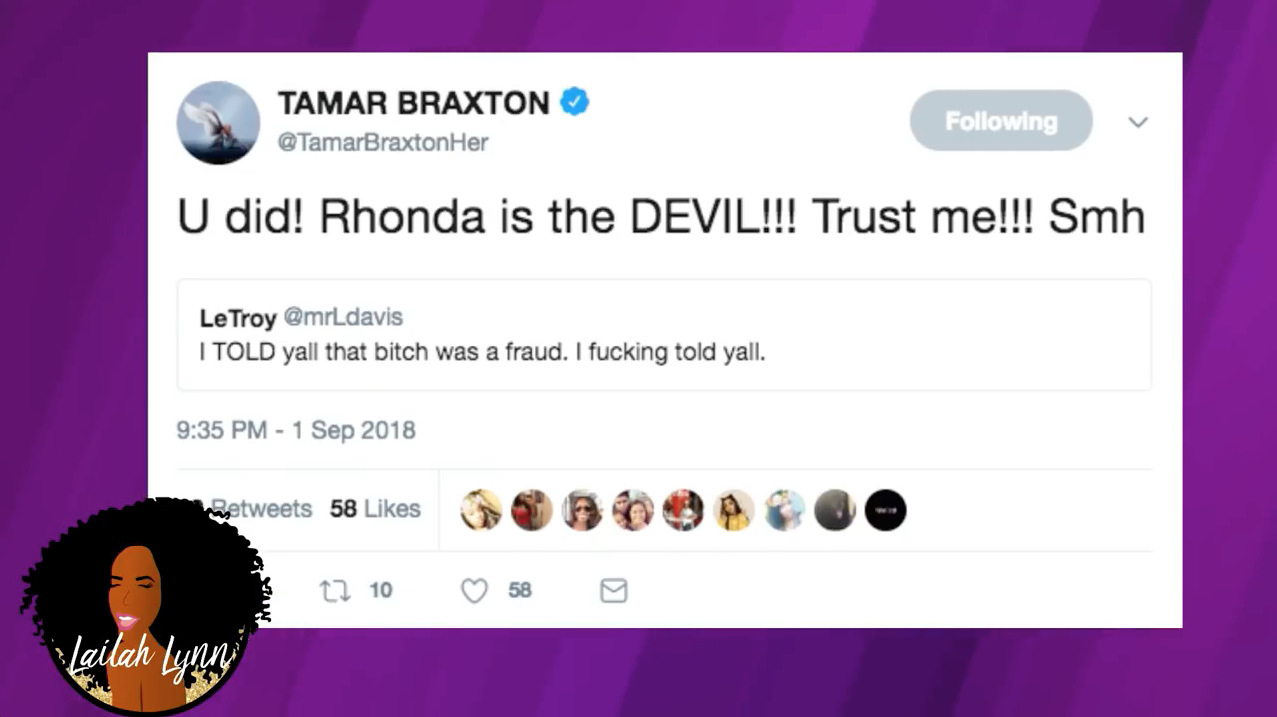 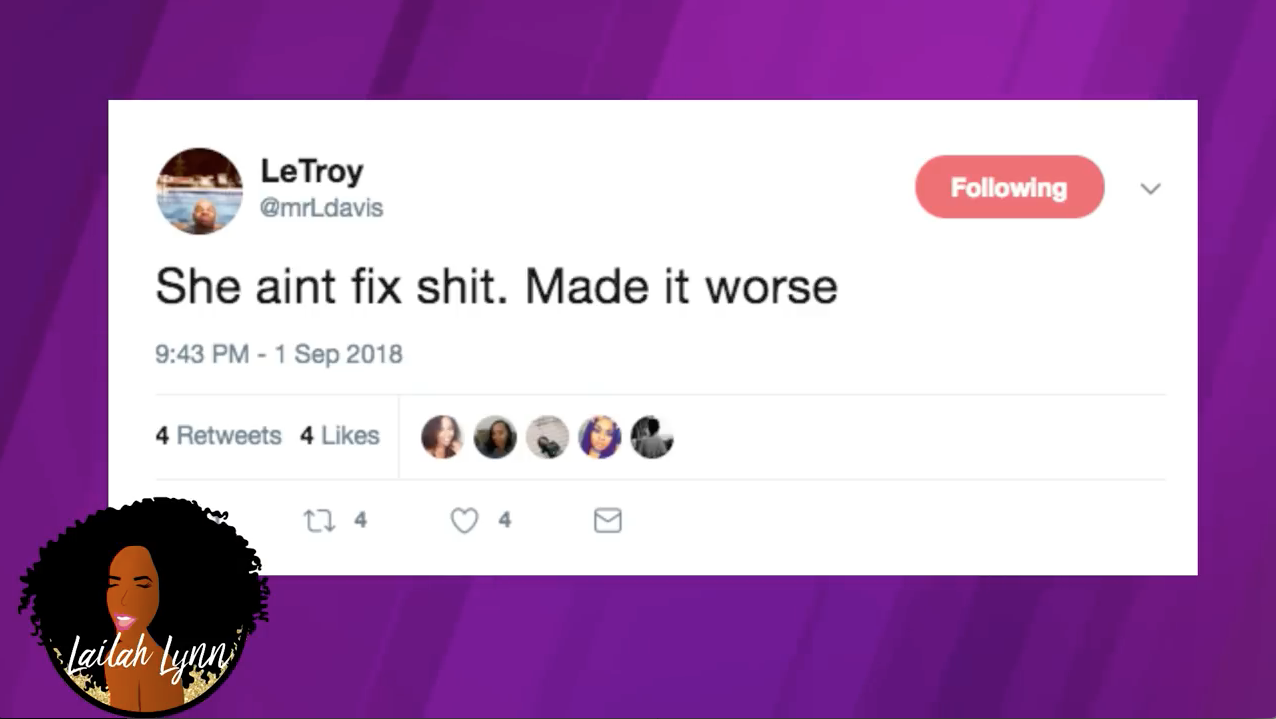 So Tamar’s friend used the word “fix” which people could assume referred to Iyanla, Fix My Life.  But he never specifically said by name who he was calling a a fraud in his tweet.

However, Tamar responded to his tweet and she called Iyanla Vanzant out by her government name, which is Rhonda. And that is what gave people the impression that the conversation was about Iyanla, Fix My Life.

And by doing that Tamar basically co-signed his comment that Iyanla was/is a FRAUD.  And she called her a devil on top of that, which could definitely be considered defamation.

Tamar also posted this post on Instagram which, even though she didn’t call out Iyanla by name,  it made it clear that she was talking about her and her sisters meeting with Iyanla Vanzant.  She said:

Today Wendy asked me what happened at my sisters meeting and why did I walk out. Since someone there decided that they would ask me about something so private, so embarrassing, so secretive in front of EVERYONE that was there, I felt like my life was flashing before my eyes and IMMEDIATELY started to cry. Not because someone decided to allow someone else to tell MY SECRET, not because I was asked if it were True in front of a hundred strangers, but because once again my right to choose was taken from me all over again. I decided to Tell Wendy and the world MY secret, MYSELF that I have been a victim of abuse not once, twice, ten, but multiple times by multiple “family members” I’ve never told ANYONE other than Two people in my life and they both have held this close to them. One Being the man that I am with now and EVERY, SINGLE DAY he says I’m so beautiful and my scars makes me even more attractive. I felt that because this has happened to me recently, that something HAD to be done about people who DID know and tried to make People embarrassed and ashamed about something that has happened to them!!! I never EVER again want anyone to feel so little and so small or even ashamed about something they had no control over. I wanted to create a space where you can tell your OWN story with out anyone commenting or making you feel ashamed EVER again!! Go to and tell your story and empower yourself starting today! I wanted you to know that no matter how many scars you have… you are the PRETTIEST 💕 I love you all so much noneedTBshame.com

Saying that someone took away your right to choose is like saying they r a p e d you! And I know if someone compared something I did to them in a professional setting, to something so heinous that happened to them as a child – I would feel like my character was defamed as well. So that is another reason Iyanla Vanzant is threatening to sue.

Secondly it’s being alleged that on the Wendy Williams show Tamar also alluded to being on Iyanla, Fix My Life.  Tamar didn’t actually say she was on Iyanly, Fix My Life when she went on Wendy.  What she did say when describing her and her sisters meeting with Iyanla was:

“this is not a situation where we needed to go back and fix things, we just needed to talk about things.”

So the fact that she used the words “fix things” and Iyanla’s trademark show uses that same terminology ie “fix my life” is apparently another reason that Iyanla and OWN are threatening to sue!

Referring to Iyanla as a ‘fake’ and a ‘fraud’ could have serious implications on the casting process for Iyanla Fix My Life and her reputation in general.

It’s her duty to protect her reputation, brand and OWN’s brand. At this point, this is defamation and there should be consequences.

Sources also say that Iyanla and her team want this situation to be resolved without legal intervention.  So it sounds like Tamar might have to make some sort of public apology to Iyanla to make things right, otherwise Iyanla might sue WeTV and the Braxton Family Values production team.

And speaking of public apologies, Tamar actually made what looked like a public apology to blogger Funky Dineva – even though she didn’t actually mention him by name.

If you’re not familiar with what happened, let me quickly catch you up.  Funky Dineva was the guest host on the latest episode of The Queens Supreme Court.  And Tamar Braxton’s appearance on The Wendy Williams Show was on the docket.  He specifically said SEVERAL times that he was not talking about what happened to Tamar during her childhood.  And that that was very serious and he would not joke about it.  But during the Queens Supreme After Show Tamar hopped in the comments and asked what was said about her in a way that implied that something negative was said about what happened to her as a child. 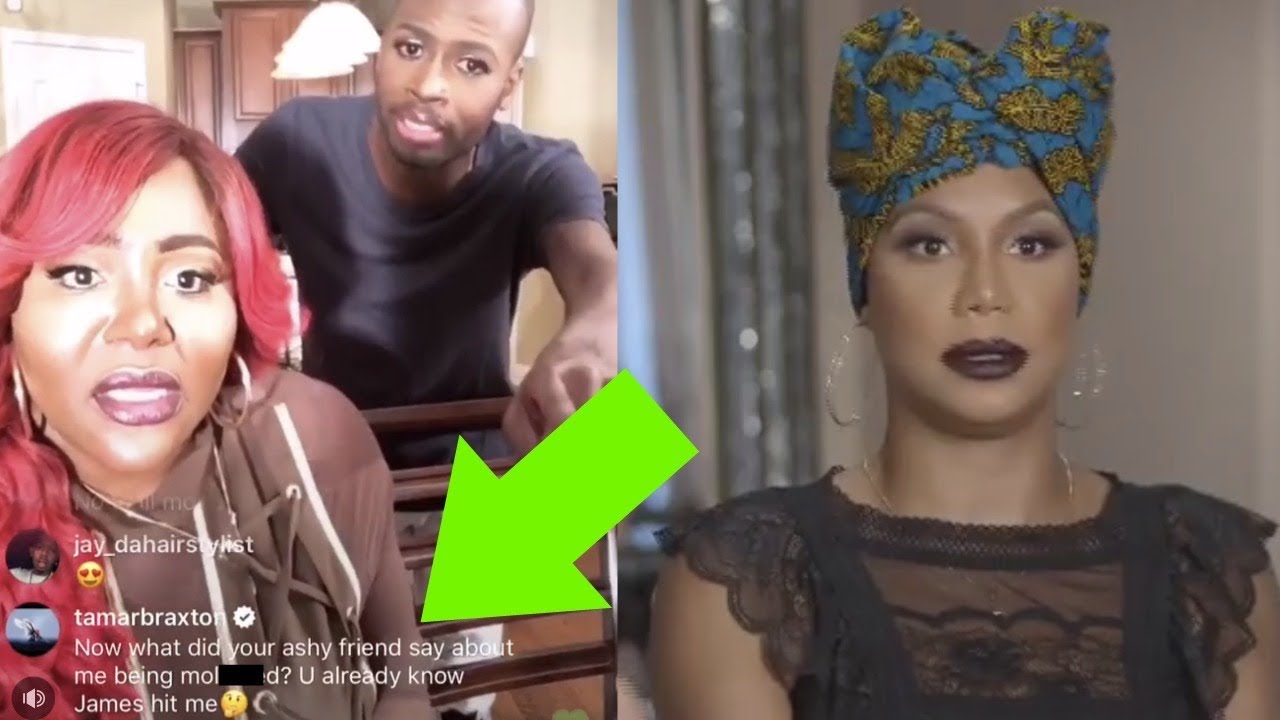 James is James Wright Chanel, who is a friend of both Tamar and Maddie.

Anyway, here is what was actually said on the show:

So you can clearly see that Funky Dineva didn’t say anything negative about what happened to Tamar as a child and was very careful to point out that he was NOT talking about that when he made jokes.

Alright, so we see Tamar is very contrite in her apology.  She said she is sorry for jumping off the deep end when someone told her that she was on the docket.  AND she also mentions that she really doesn’t care what people say about her.

I think there are two reasons Tamar made that apology to Funky Dineva.  One is because now Tamar is in the same situation with Iyanla Vanzant, where what she said is being taken and blown out of proportion just like misconstrued what FD said about her and blew it out of proportion.

And two, I think she apologized to Funky Dineva first because she’s also preparing to apologize to Iyanla Vanzant.  Like I mentioned, a source told the Jasmine Brand that Iyanla would prefer not to take legal action.  So that means they likely want some type of public apology as well.  So I think Tamar is really gearing up to apologize to Iyanla Vanzant and she’s trying to make apologizing when she is wrong a part of her brand now.

But, leave a comment and let me know what you think. Do you think Tamar’s comments about Iyanla Vanzant were defamatory?

And do you think she’s going to be giving Iyanla a public apology as well.