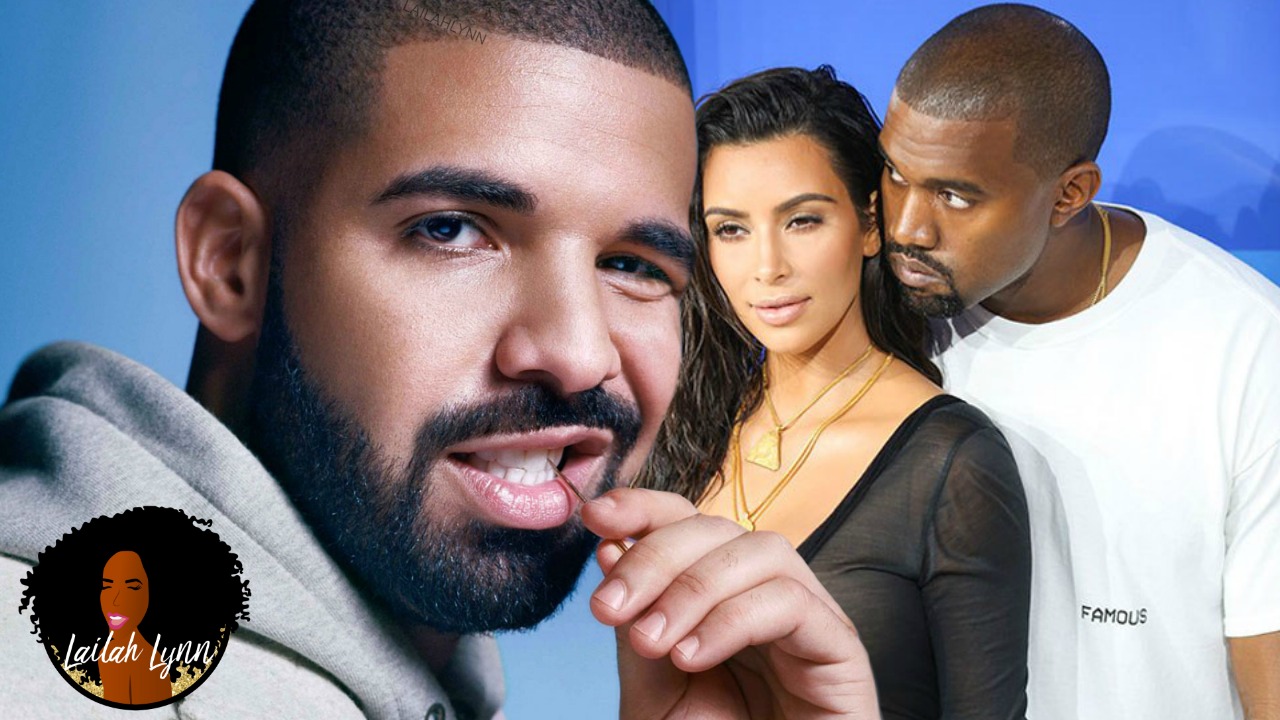 A fan’s theory that Drake’s Scorpion album is actually about Kim Kardashian is going viral!  According to him, Kim K may actually be the KiKi that Drake refers to in his lyrics.  And Drake MIGHT have actually slept with Kim K and be holding it over the Kardashian family’s head.

A man named Tyler started the Twitter thread explaining this theory which has now gone viral.

He starts it out by saying…. 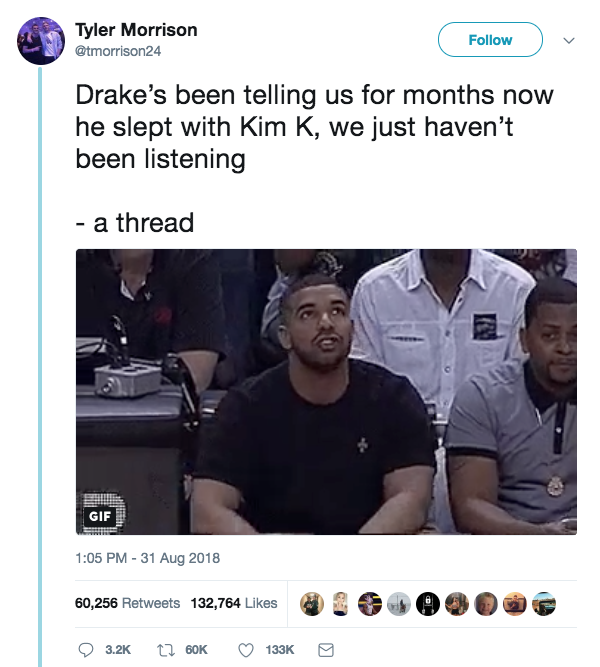 And he says his friend explained to him that every lyric in Scorpion that was about a woman was actually about Kim Kardashian. 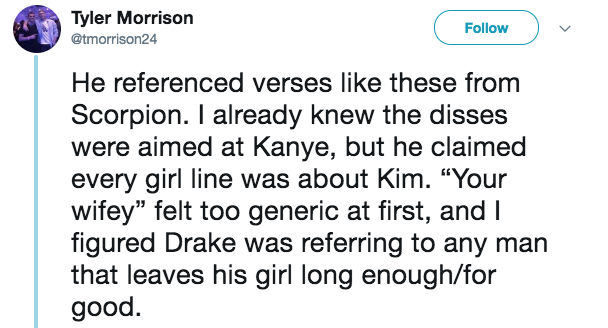 Drake is allegedly talking about sleeping with Kim Kardashian!

And he says that his mouth is going off slowly because he’s going to slowly reveal that he (allegedly) slept with Kim, instead of putting it all out there in one song.

He also talks about how Drake and Kanye have been beefing since they were together in Wyoming, which prompted the Pusha T and Drake feud. 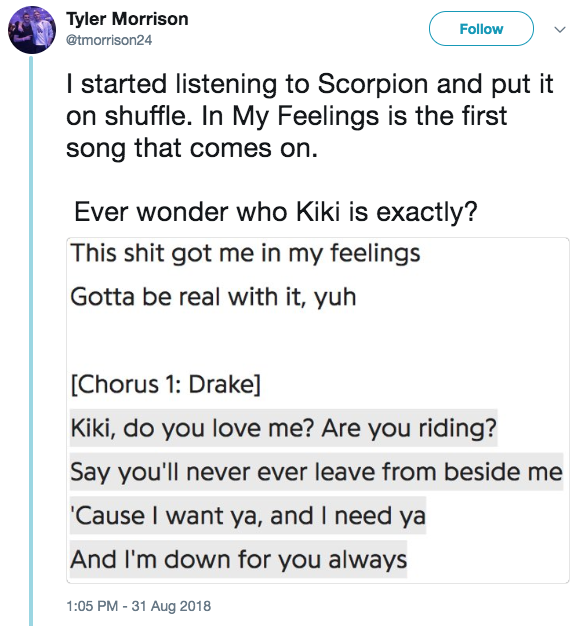 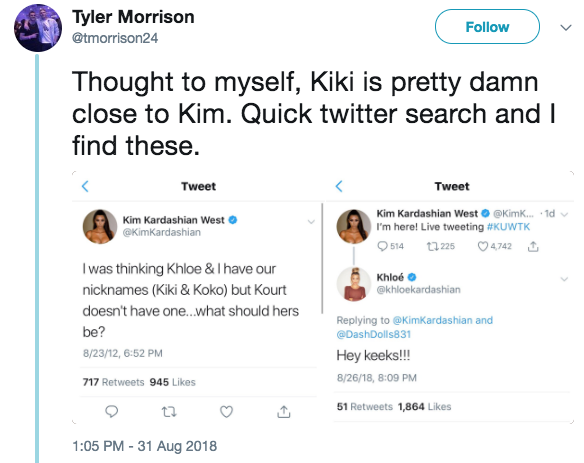 And he posts an old tweet of Kim Kardashian confirming that her nickname is KiKi.  I have heard Khloe refer to her as KiKi on Keeping Up With The Kardashians.  I think Kourtney Kardashian son Mason used to call Kim K, KiKi, on the show. 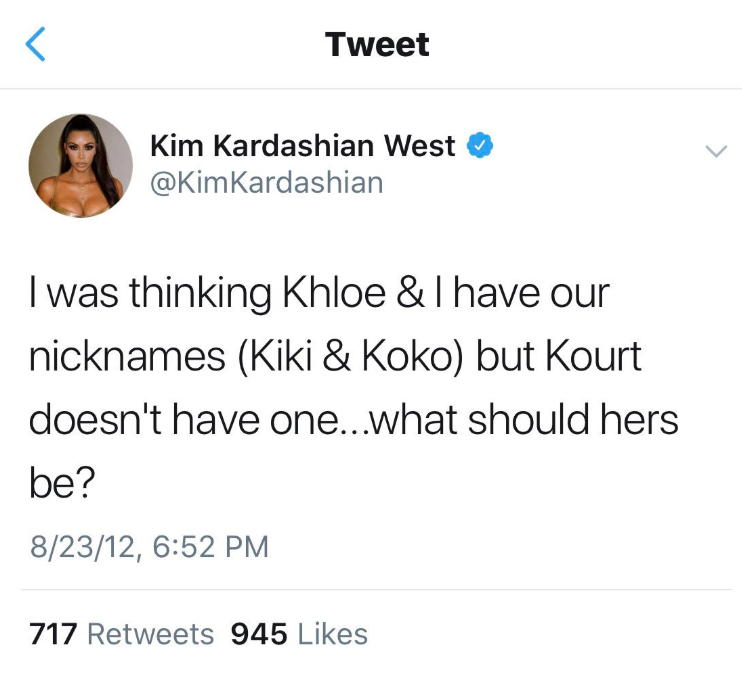 And then he points out that Kim Kardashian actually has a lipstick shade named after herself in her KKW Beauty line.  The 4 color liquid lipsticks are all named after Kim’s nicknames – Kim, Kimmie, Kimberly and KiKi! 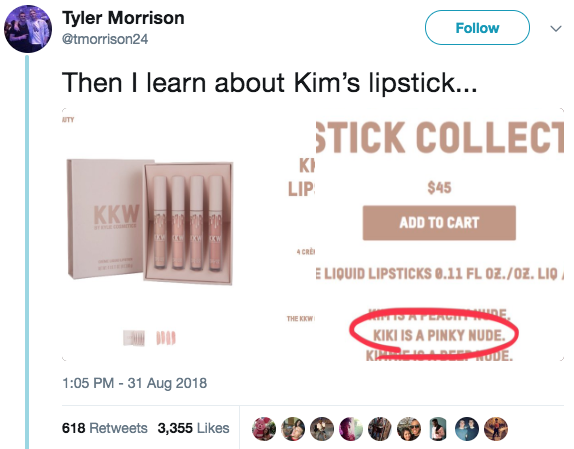 So Kim Kardashian just might be the KiKi that Drake was talking about in his song!

He also points out how when Drake decided NOT to respond to Pusha T, J Prince had said that if Drake did respond, it would be beyond music – it would actually ruin Kanye’s life.

He posted this article where J Prince says: 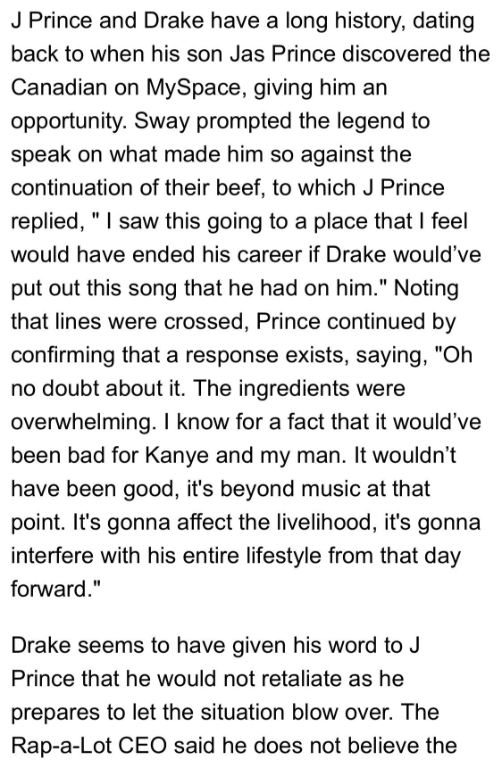 And he points out that Drake has said that whatever happened, he can only talk about it in pieces.  And remember Drake said earlier that he was going to tell the story slowly.

And Drake says again in the lyrics to Elevate…

Then he gets into the logistics of Drake and Kim K hooking up.  He says… 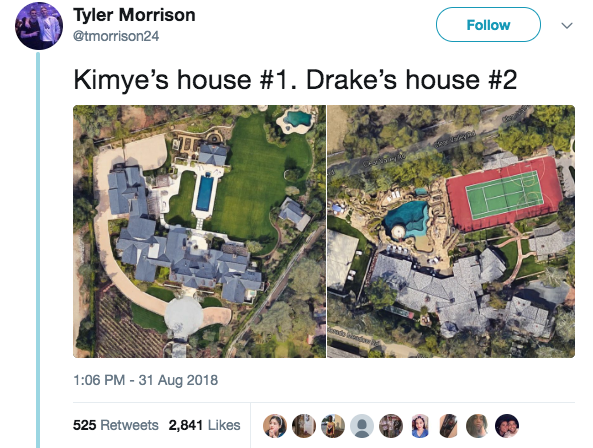 And he quotes Drake’s lyrics along with a map of how to get from Drake’s house to Kim K’s house. 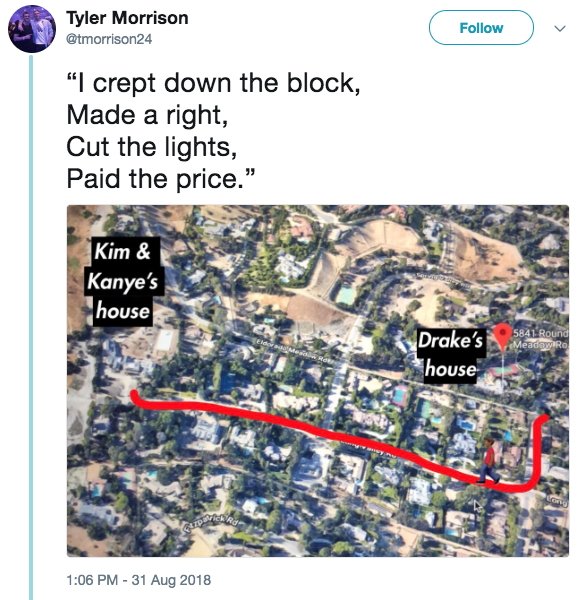 Hopefully what fans are piecing together from Drake’s lyrics is not true.  I can imagine it would drive Kanye West crazy if it was true.

But he’s not the only one that thinks it’s possible that Drake slept with Kim K.  Nick Cannon spoke about it on Everyday Struggle too.  I’ll leave a link in the description box to that interview.

Let’s keep it 💯… we all believe that #drake was gonna expose that he smashed #kimkardashian on that diss song to #pushat that never dropped. Don’t tell me I’m the only one who thought this? Well me n Nick

When The Shade Room reposted that interview, Kim Kardashian stepped into the comments and denied that it ever happened. 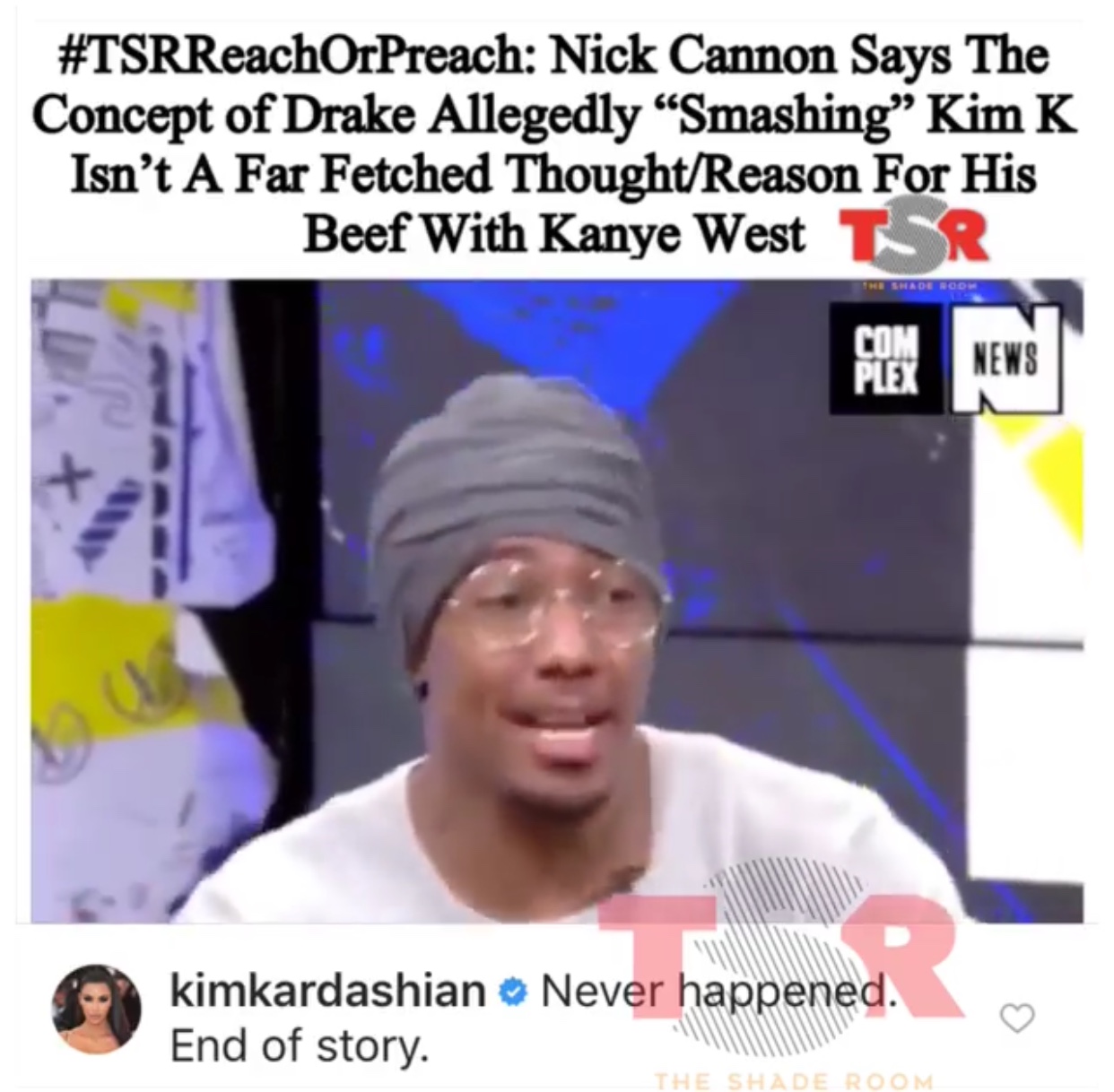 But what do YOU think of this fan’s theory? Does it sound like it could be true to you? Or do you think Drake is just trying to make it sound believable?