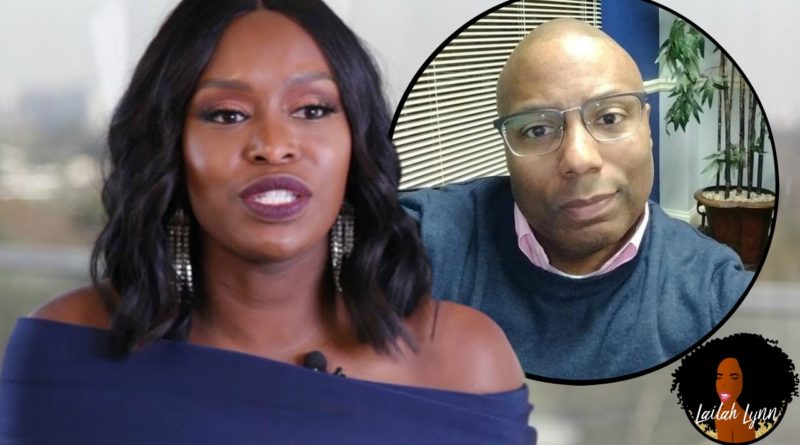 Y’all know I scour the Internet streets high and low looking for the right tea to share with y’all on this channel.  And I came across some tea the other day that was piping hot about Dr Gregory from Bravo’s Married to Medicine. This tea was previously unconfirmed, since there was not picture or receipt to go along with it.  But Quad just confirmed it on the TV One talk show, Sister Circle.

OK, so an anonymous woman on the Internet wrote that she was sitting in the airport waiting to board her flight from Jamaica to Atlanta, minding her own business, when her ears were assaulted by the high pitched sounds of Dr. Gregory Lunceford laughing and ki-ki-ing it up with a woman.  She turned around and what did she see but none other than Dr. Gregory boo-ed up with the woman.

She said Dr. Gregory was called to the gate for an additional check before boarding and so every passenger had to pass by him to get on the plane.  And he stood there looking NERVOUS as every single passenger saw him before they got on the plane.

The woman who shared this wasn’t bold enough to take a picture of Dr. Gregory – I guess she didn’t want any trouble.  So this tea was previously unconfirmed.  But Quad just confirmed it on Sister Circle on TV One.  Take a look:

So Dr. Gregory had definitely moved on quickly from Quad! Quad just filed for divorce from Dr. Gregory in May after roughly 5 years of marriage. And now, just three months later, he’s already out here boo-ed up and taking trips with another woman.

Whenever I see people move on that quickly it always makes me wonder if they ever really loved their spouse in the first place.  What do y’all think?  Leave a comment and let me know.

From what I’m hearing, this upcoming season of Married to Medicine is going to be even more dramatic than last season.  The real tea about Dr. Gregory’s mistress is going to be revealed.  Y’all remember at the M2M reunion last year he told a half-truth about meeting up with a random woman in a hotel.  But on this season of Married to Medicine they’re going to get into the WHOLE story that the mistress told the blogs.