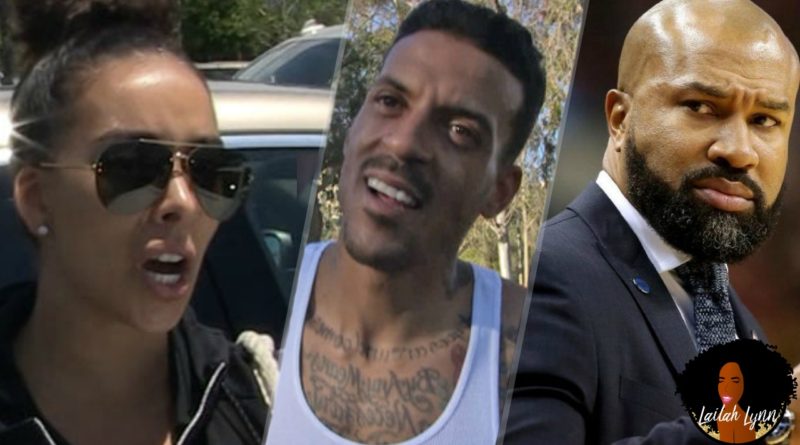 Former “Basketball Wives” star Gloria Govan was arrested for felony child endangerment after a dangerous fight with her ex-husband, which cops say put their kids at risk.

Sources with direct knowledge tell TMZ – Gloria’s kids were at their school Friday, about to get out for the day, and ex-husband Matt Barnes was scheduled to pick them up. According to their child custody agreement, Matt had custody for the 3 day Labor Day weekend.

But at 2:55 PM — 5 minutes before school let out — Gloria arrived to get the twin boys.  She got the children in her car and that’s when Matt showed up and told her it was his weekend for the kids.

Matt told the kids to get out of Gloria’s car and into his and it appears the kids followed Matt’s instructions, because  Gloria then flew into a rage and got in her car to follow Matt’s car, screaming and cussing. Sources say she then blocked Matt’s car with the kids inside, and that’s when someone called 911.

Gloria was arrested for child endangerment and also violating a court order. After police took Gloria to jail, they let Matt take the kids after he showed them paperwork he had custody this weekend.

Gloria has not yet made a statement telling her side of the story, which I would like to hear since this sounds CRAZY to me.

But I do know that Matt Barnes and Gloria Govan have been back and forth to court all year.  First Matt  sued Gloria accusing her of allegedly embezzling tons of money from him during their marriage. Then Gloria sued Matt accusing him of defamation claiming he falsely accused her of stealing from him and blocking his visitation from their sons.

Gloria’s fiance, Derek Fisher, revealed text messages in which Matt Barnes claims that Gloria holds the hate and frustration she has for Matt, against the boys.

In the messages, which were obtained by The Blast, Derek Fisher says… 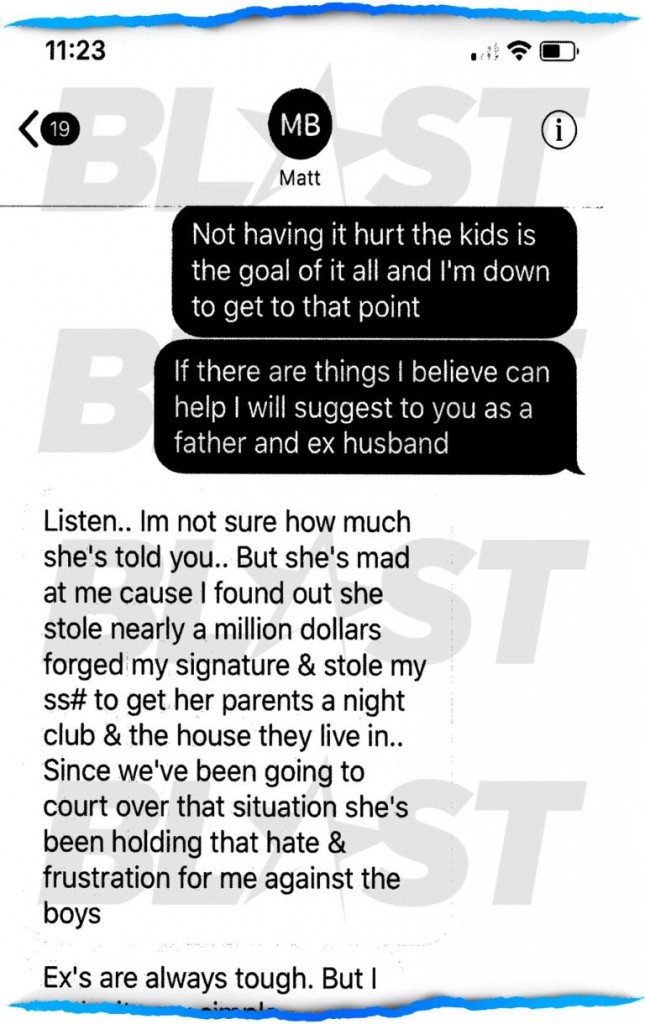 Unfortunately, it sounds like Matt Barnes might be right about Gloria, and that may be why she tried to stop their boys from spending Labor Day weekend with him.

Leave a comment and let me know what you think.  Do you think Gloria is being petty by trying not to let their sons spend the weekend with Matt because of his lawsuit against her?  Or do you think there’s something else going on?