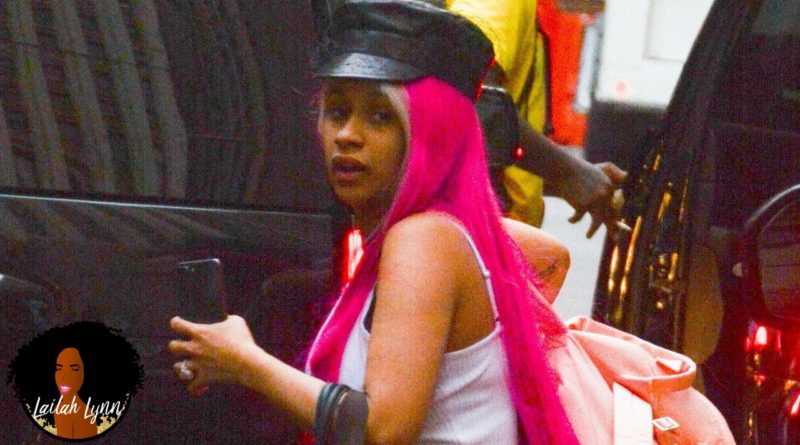 According to New York City Twitter users, Cardi B allegedly showed up and showed out at Angels Nightclub in New York last night.  Cardi is rumored to have fought an Angels bartender over her allegedly cheating with Offset!

Now this is a lot for me to wrap my mind around, because Cardi B just had a baby six weeks ago.  So her stitches are barely dissolved and she’s allegedly already trying to fight people!  I guess when she got the clearance from her doctor to get back to her regular degular self, that included fighting the women that have allegedly been creeping with Offset.

The woman that Cardi B allegedly got into an altercation with goes by BaddieGi on Twitter and she claims some girls pulled up with their “coochies out” throwing drinks, but they didn’t really do anything.  Check out her insta-story. 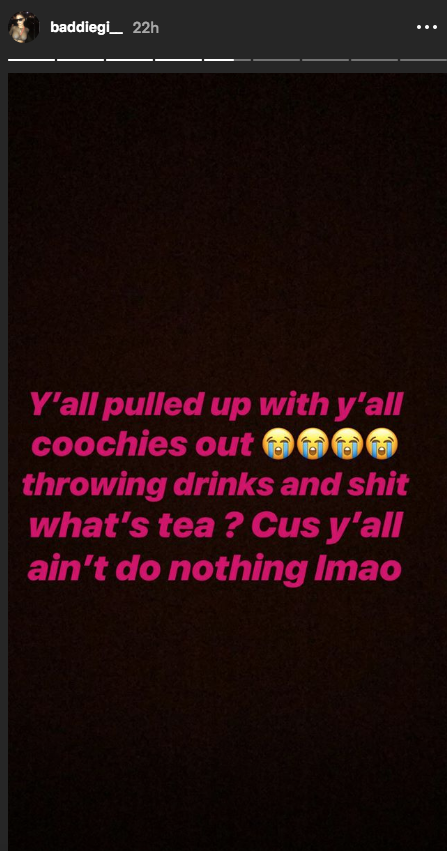 So do y’all believe that Cardi B is really this busy?  That one day she’s on the phone with the daughter of Coretta and Martin Luther King apologizing to them and setting up a meeting for them to talk.  And the next day she’s at the bar with her coochie out throwing drinks?

Is Cardi B really doing all that?  Leave a comment and let me know what you think!