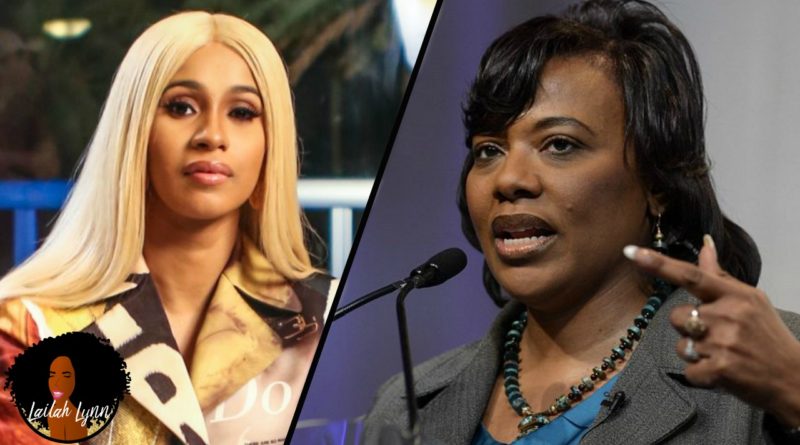 Earlier today I asked y’all who are subscribed to my channel what y’all thought of Cardi B’s portrayal of Coretta Scott King in a comedy skit that made it’s way to the web today, and y’all were NOT here for it.

And Cardi B has since apologized to Bernice King – the daughter of Coretta Scott King and Martin Luther King for her part in the skit.

The skit was created by Wild N Out alum Rip Michaels for a show he created about 3 years ago called Off The Rip.  In the skit Cardi B plays the role of Coretta Scott King and she’s meeting with other housewives like the wife of Malcolm X and Jesse Jackson.

In the skit  Cardi B as Coretta says

“All these hussies wanna sleep with my huuusband!”

while Betty Shabazz calls MLK a ho, and even insinuates that she’s slept with him.

I’m very aware where this rumor comes from, but I was still so shocked and so disappointed to see Martin Luther King and Coretta Scott King made fun of in this way. I feel like certain people are just off limits when it comes to making jokes.  And people that have been assassinated in the fight for Civil Rights, are people that I think should be left out of skits like this.

Apparently y’all were not here for it either!

Dr. Bernice King responded to Cardi B’s portrayal of her mother, and called it “repulsive” and “false” and  very badly timed. Today is the 55th anniversary of MLK’s March on Washington where he delivered his famous “I Have a Dream” speech.  So for that skit to come out today, of all days, was terrible.

Cardi B apparently reached out to Bernice King privately and apologized for her role in the skit.  Bernice King tweeted: 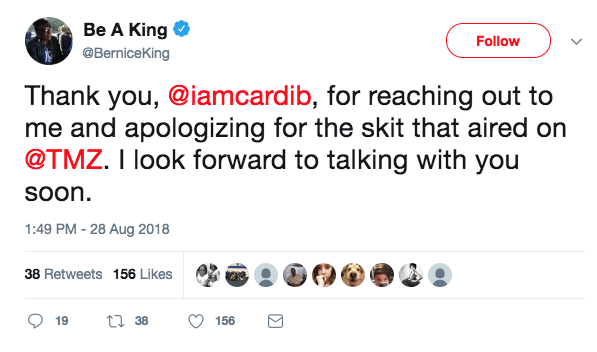 The creator of the skit, Rip Michaels also reached out to Dr Bernice King.  He tweeted:

At the time of this video Dr Bernice King has not yet responded to Mr. Michaels.

But what do you think of this whole mess? Why do you think Cardi agreed to do something like this in the first place? Do you think she was just desperate for fame at that time or what?