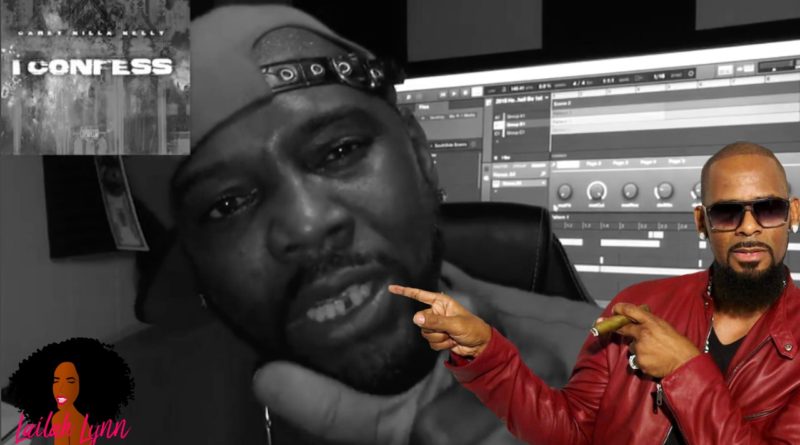 R. Kelly’s brother, Carey “Killa” Kelly, has released a new song in response to R. Kelly’s “I Admit It” song, in which R. Kelly admitted nothing and actually blamed his brother for not acting like a brother.  And even brought their mother into the song.

In R. Kelly’s song he says:

I admit I miss my brothers (brothers)
But I admit they weren’t acting like brothers (brothers)
Yeah, we’ve had our differences
But you don’t turn on your brother (no)
For nothing, for no one, nada (no, no)
Mama, Joanne, is watching (no, no, no)
She must be turning over in her grave (yeah)

R. Kelly’s brother Carey didn’t appreciate him or his mother being mentioned in R. Kelly’s song and decided to clap back with a song of his own called “I Confess”.  In the song he accuses R. Kelly of calling the police whenever he sees his brother.  And he also accuses R. Kelly of giving women an STD as well as being a closeted homosexual.

Here is a clip of Carey Kelly’s explanation of the song and then we’ll get into the song.

Carey starts of the song by saying it’s his turn to confess.

Then says R. Kelly calls the police every time he sees him.

And he repeats the allegations that R. Kelly has an STD that he passes on to the women he’s intimate with.

Leave a comment and let me know what you think about R. Kelly’s brother, Carey Kelly, exposing R. Kelly in his new song.