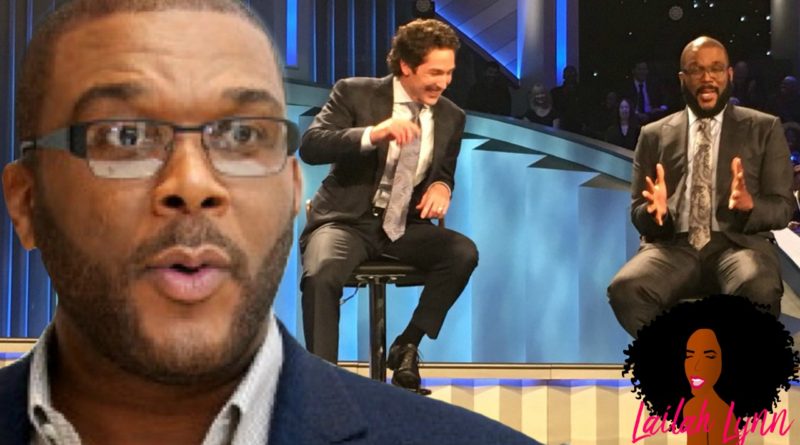 Tyler Perry delivered the sermon at Lakewood Church over the weekend to mixed reviews.  Some people were excited to hear Tyler Perry to share a message of hope and empowerment, and other people felt he didn’t belong in a pulpit at all because of the content of his movies and because of his personal life choices.

And another person who said: 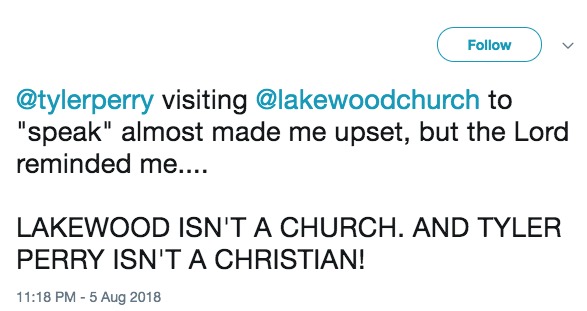 But there were also tons of people who were inspired by Tyler Perry’s message that if you keep praying and worshipping God, miracles will happen.  Like this person who said: 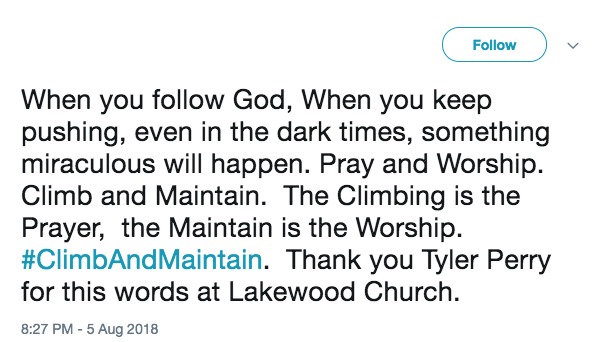 And this person who said:

I had to block out these people’s names because I know how strongly people feel about religion and I don’t want them receiving any backlash.  But I am going to include some of Tyler Perry’s sermon here so you can make your own decision about how you feel about him preaching at Lakewood church.

First, Joel Osteen asked him to show a little bit of his Madea character.

Then Joel Osteen handed the stage over to Tyler Perry, who started his message off with a little humor to kinda open people up to what he was about to say.

Tyler Perry’s message was about how to deal with anxiety.  And I don’t think he meant Generalized Anxiety Disorder – which is the kind of anxiety that people sometimes take medication for.  But he was speaking about feeling worried or nervous about something in particular where the outcome is uncertain.

In case you missed it, after Hurricane Harvery, Tyler Perry made a very generous donation  to Lakewood Church in the amount of $250,000 to assist in their Harvey Relief efforts.  Through Tyler Perry’s generous donation, Lakewood Church and its volunteers were able to come in and help rebuild the home of a family devastated not just by the Hurricane but by another hurricane years prior.  Tyler and the family were able to meet this past weekend during his time in Houston and exchange hugs and high-fives.  Lakewood Church has provided rebuilding assistance to more than 1,150 Houston-area families whose homes were damaged or destroyed by floodwaters with the help of over 2,500 volunteers.