Adrienne Bailon Houghton got called out on Media Takeout today after a lot of chitter chatter online claiming that she did a whole house tour of a house that she doesn’t even own.

Adrienne has a YouTube channel called “All Things Adrienne” where she opens up about her life and her home and things that her fans are interested in.  After doing  tour of her home in Bel Air (which is beautiful) Adrienne posted another house tour a few weeks later of her beach house in Malibu.

That house was beautiful as well.  But what got people talking was the fact that the same beach house that she toured was also listed for rent on Air BnB! So it looked like Adrienne was trying to pull a fast one like celebrities used to do on MTV Cribs back in the day, and give a tour of a beautiful beach house that she didn’t even own.

And in the video she actually mentions that her husband built a studio in the house so you can rent it to use the studio.

So, of course, Adrienne had to clap back at people who claimed that she was fronting like she owned the house when she really doesn’t.  When someone posted the MTO article in her Instagram comments she responded: 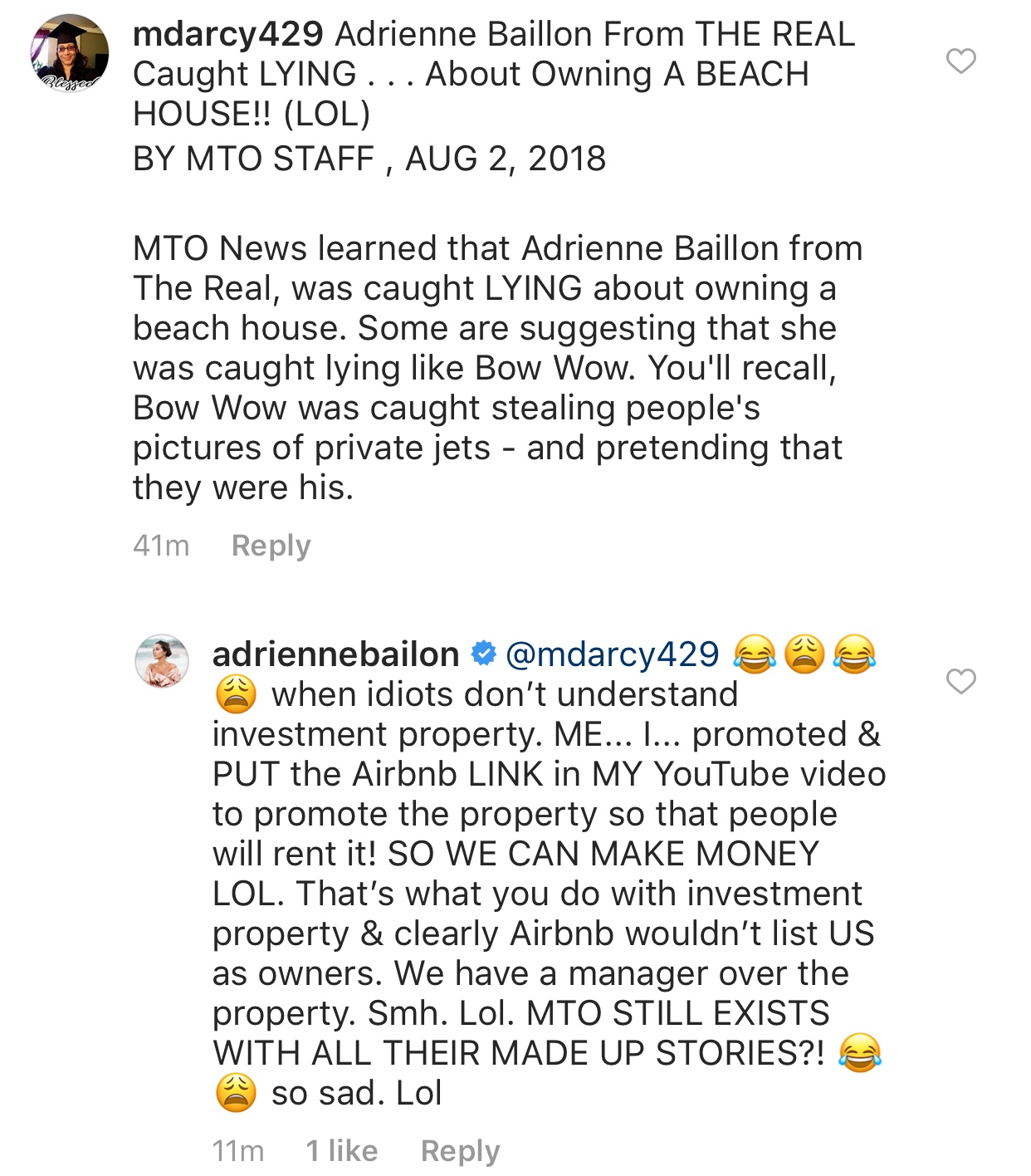 The story about Adrienne lying wasn’t entirely made up though.  Yes, she was honest about it being her house that she rents out on Air BnB.  But she left her own review on the house, as if she was a guest there and not the owner.  Which is kinda like lying to me…

She posted a review saying:

Of course you’ve stayed there multiple times if you own it! That’s the whole point of owning a house.  And I think it’s kind of deceptive to leave a review as a guest of a house that you actually own.  But that’s just my opinion.