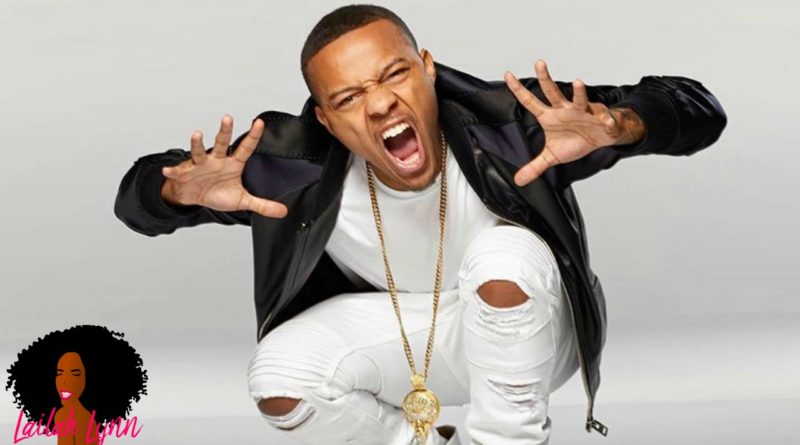 Bow Wow went on another Twitter rant this morning, which he has since deleted, claiming that he’s quitting the So So Def Tour because he brings too much drama with him.

It all started when Bow Wow tweeted a cute picture of him and his girlfriend Kiyomi, and someone responded accusing him of being a cheater. 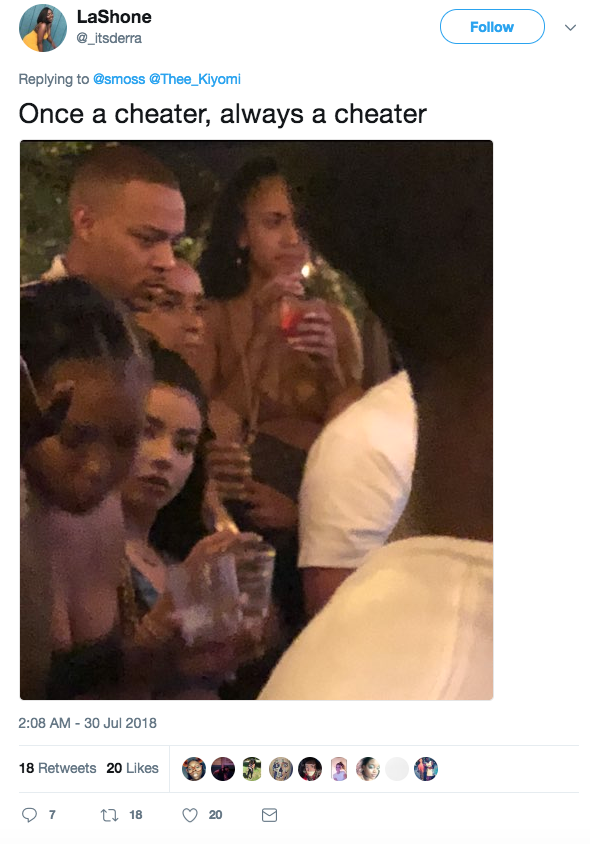 A Twitter user tweeted a picture of Bow Wow standing around a bunch of ladies doing absolutely nothing with the caption:

Once a cheater, always a cheater. 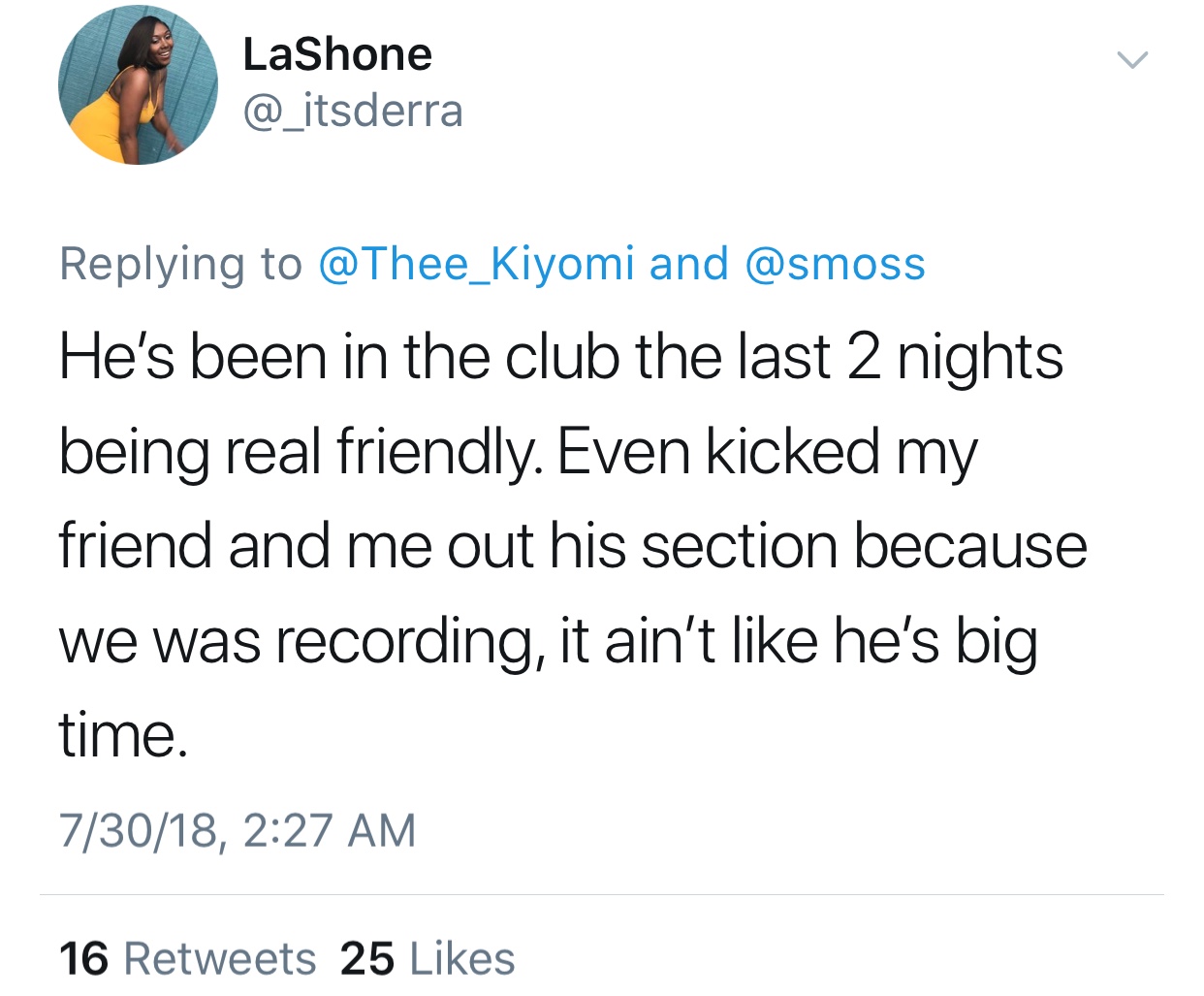 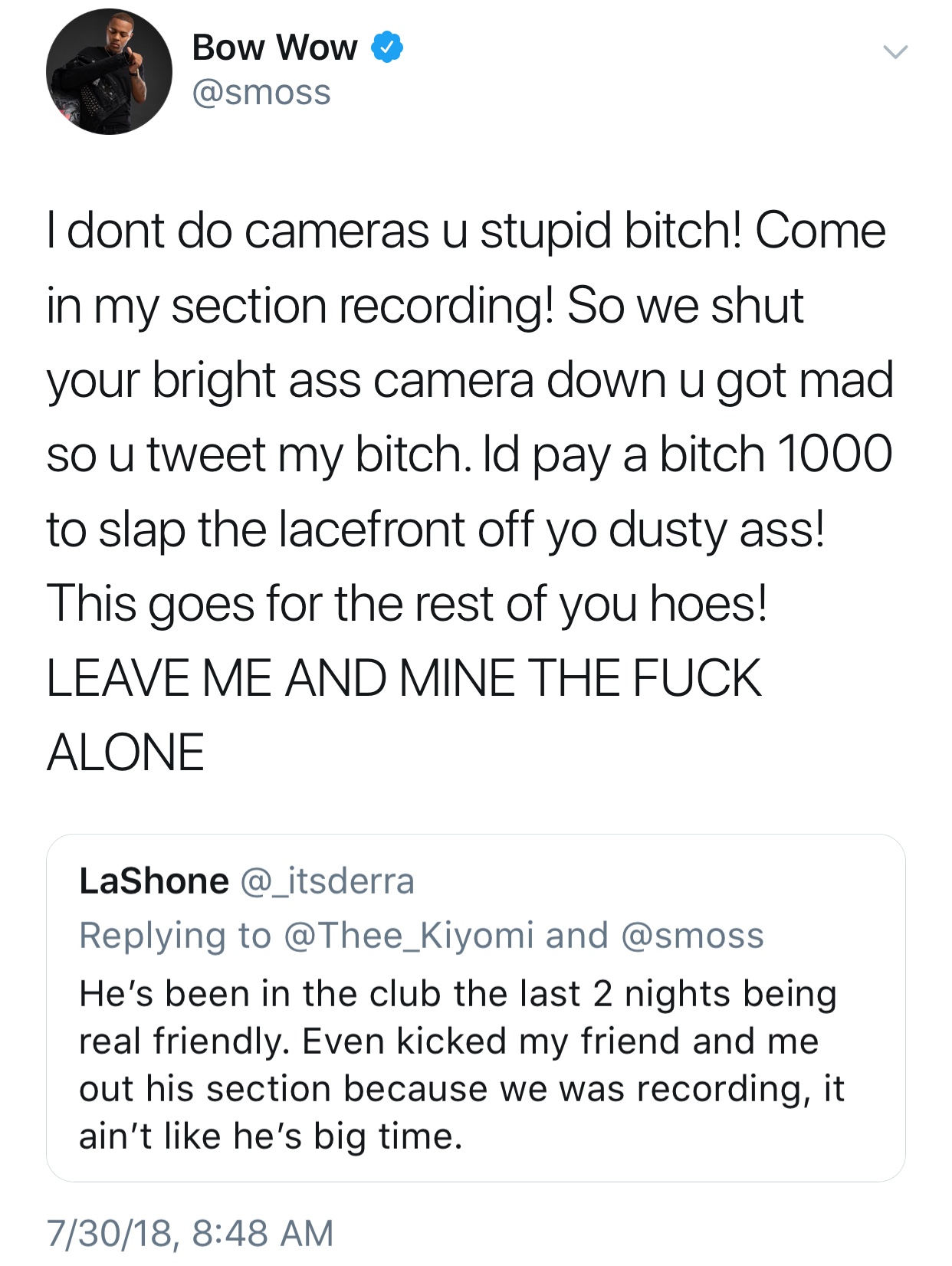 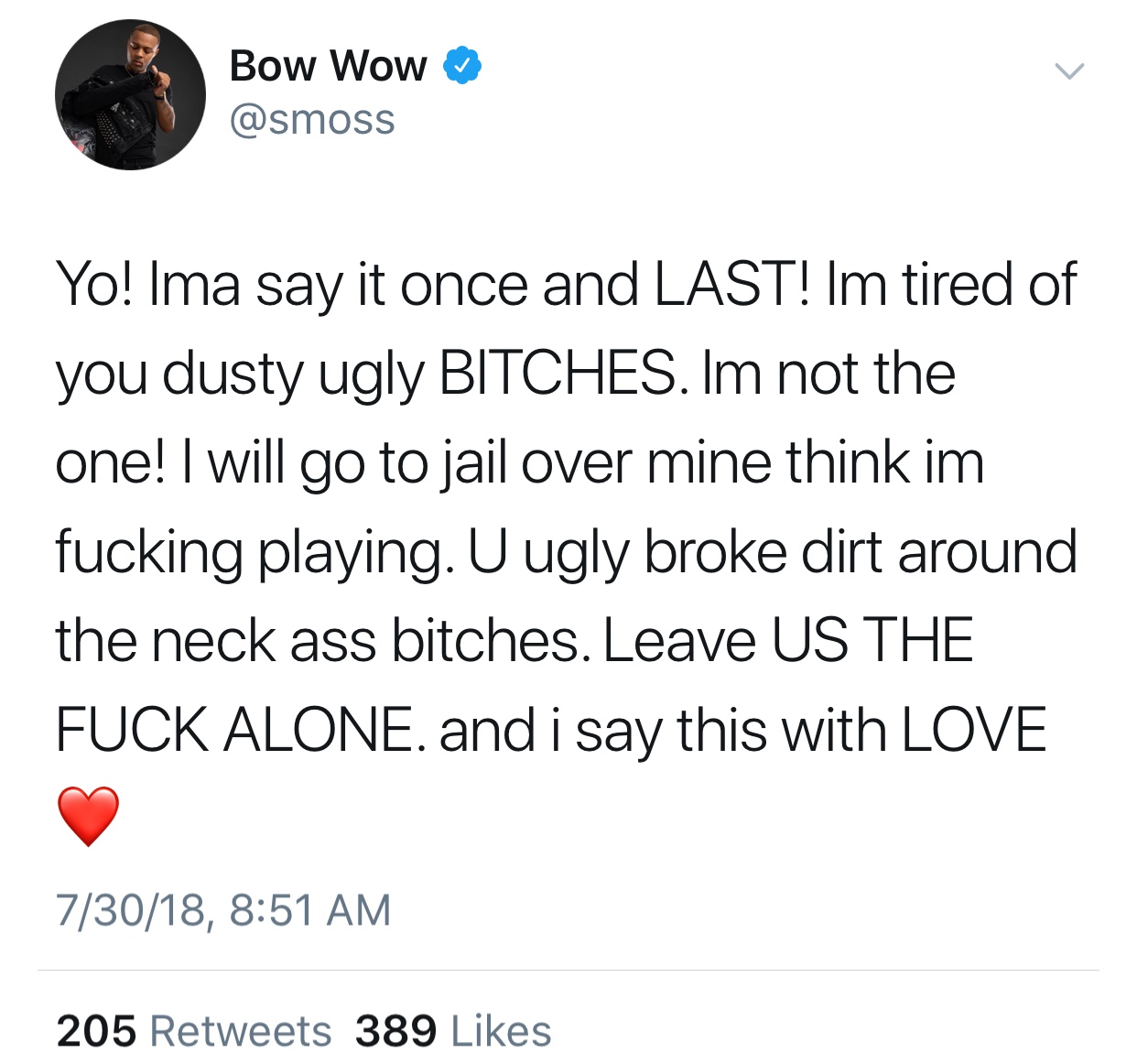 Then he went on a rant about how he hates all bloggers except for The Shade Room.

Bow Wow seemed to be blaming money as the cause of all his problems because he posted earlier that he wanted to downsize his whole life and go work at Game Stop. 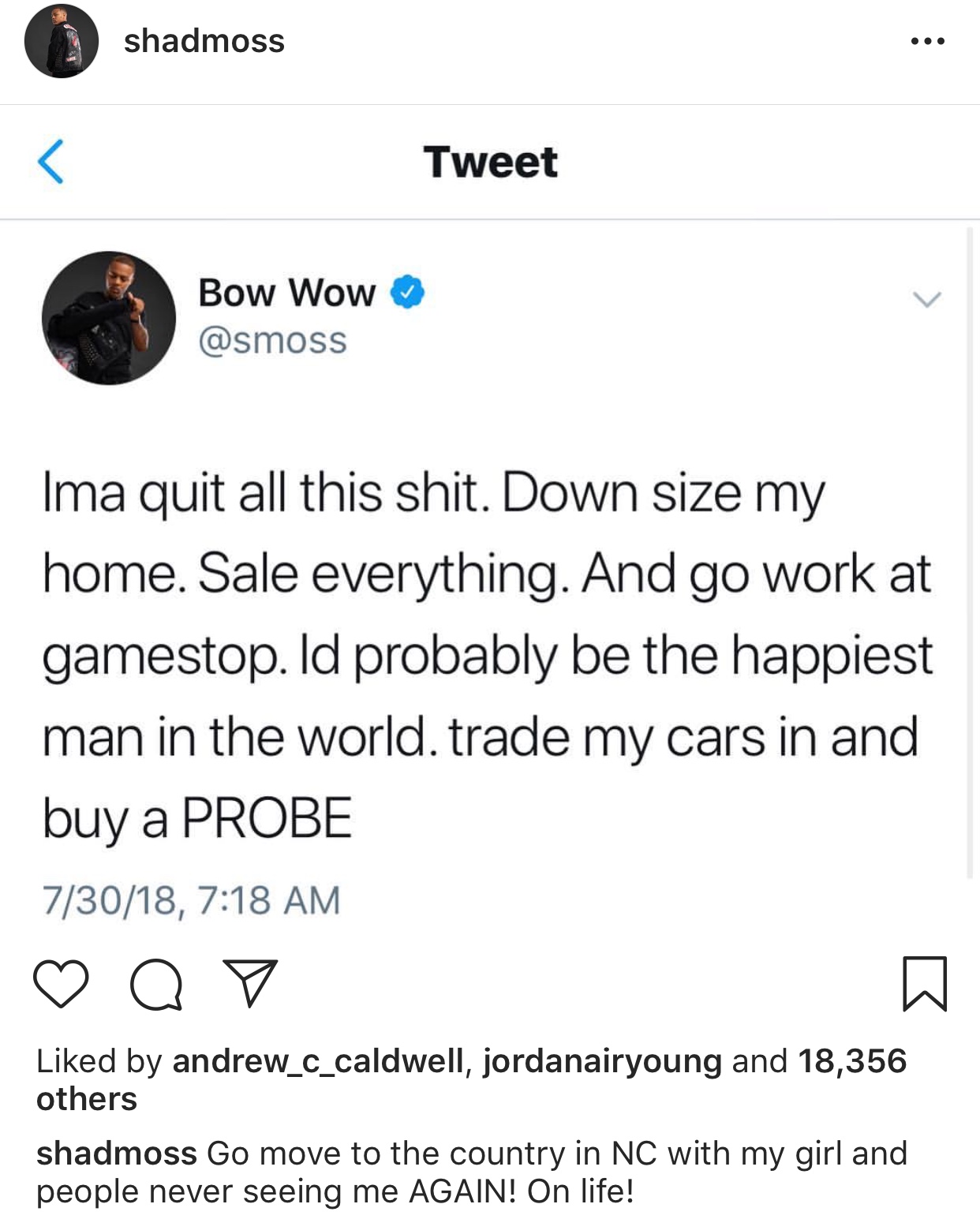 Then he said he was going to Cash App all his money away! 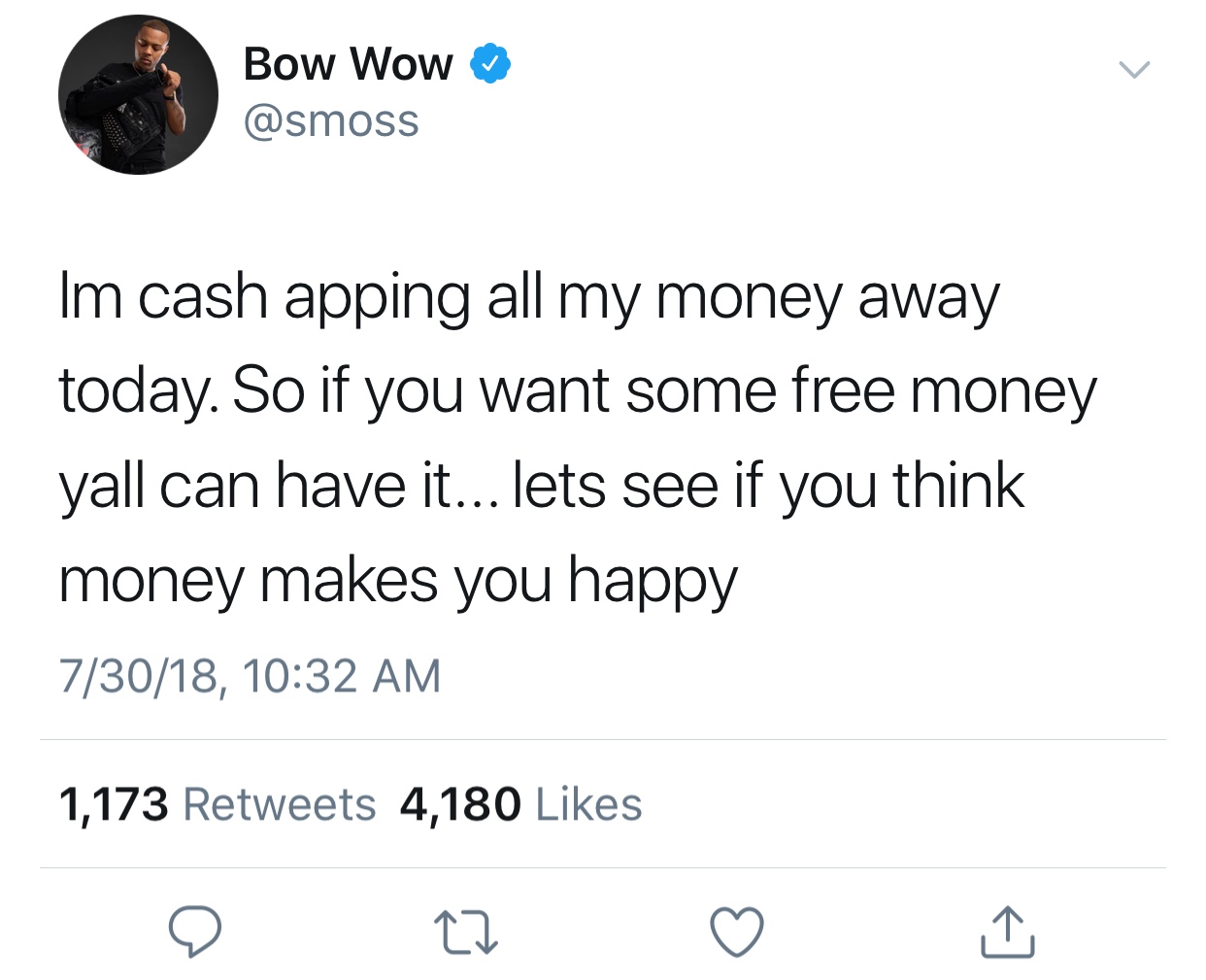 But he ended up only Cash Apping somebody $500, which I know is not ALL his money! 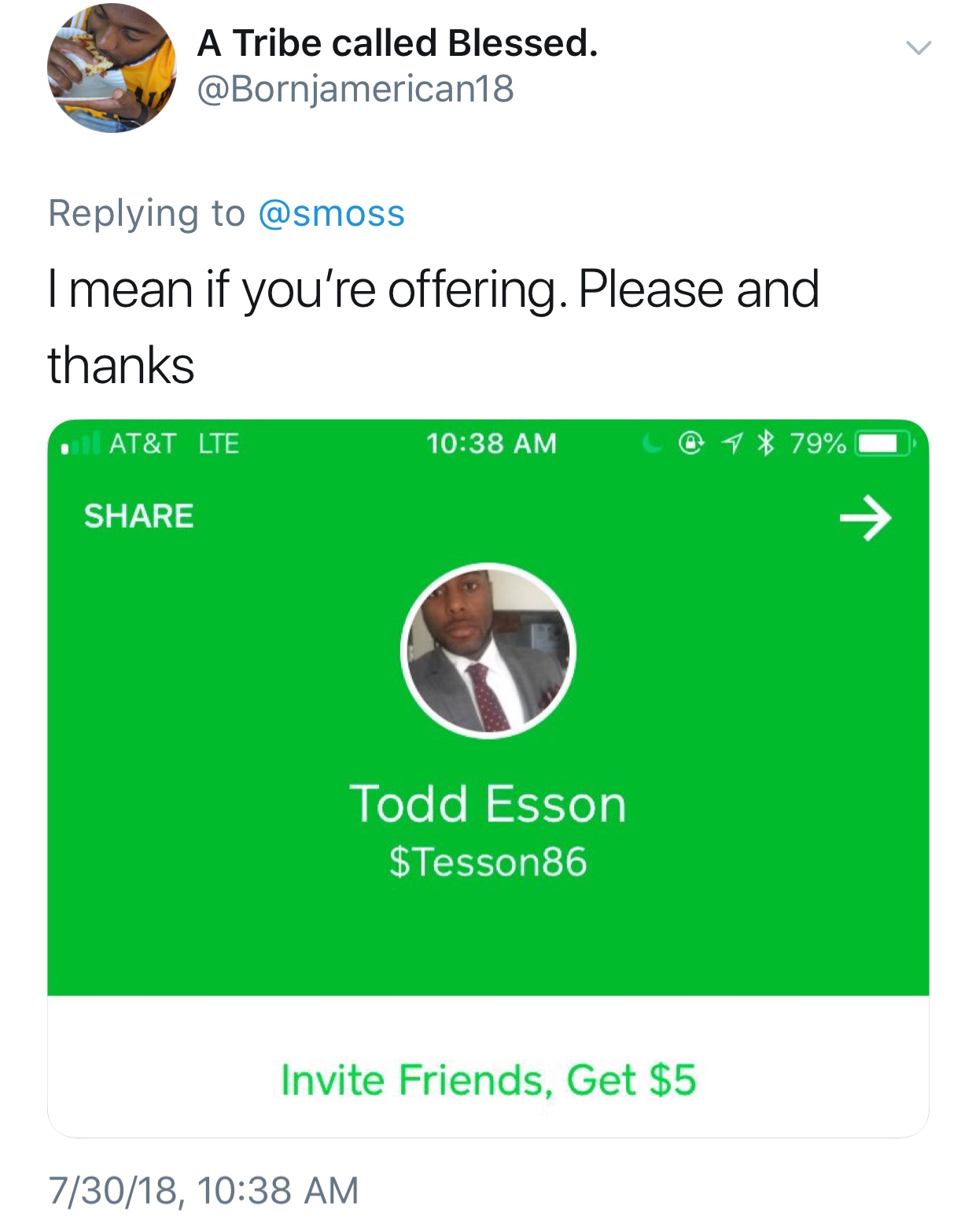 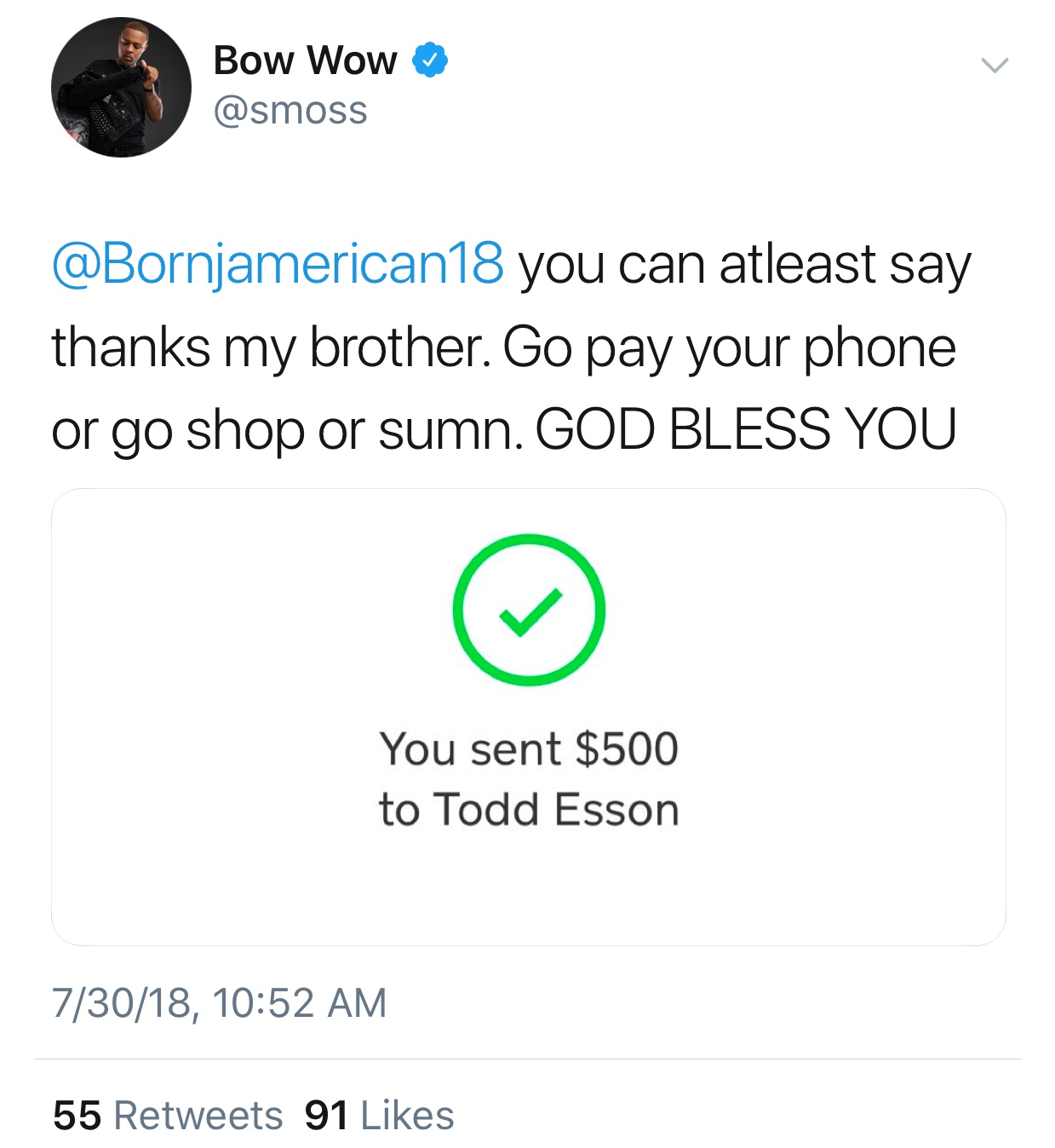 Then he threatened to quit the So So Def Tour because of the drama that he brings. 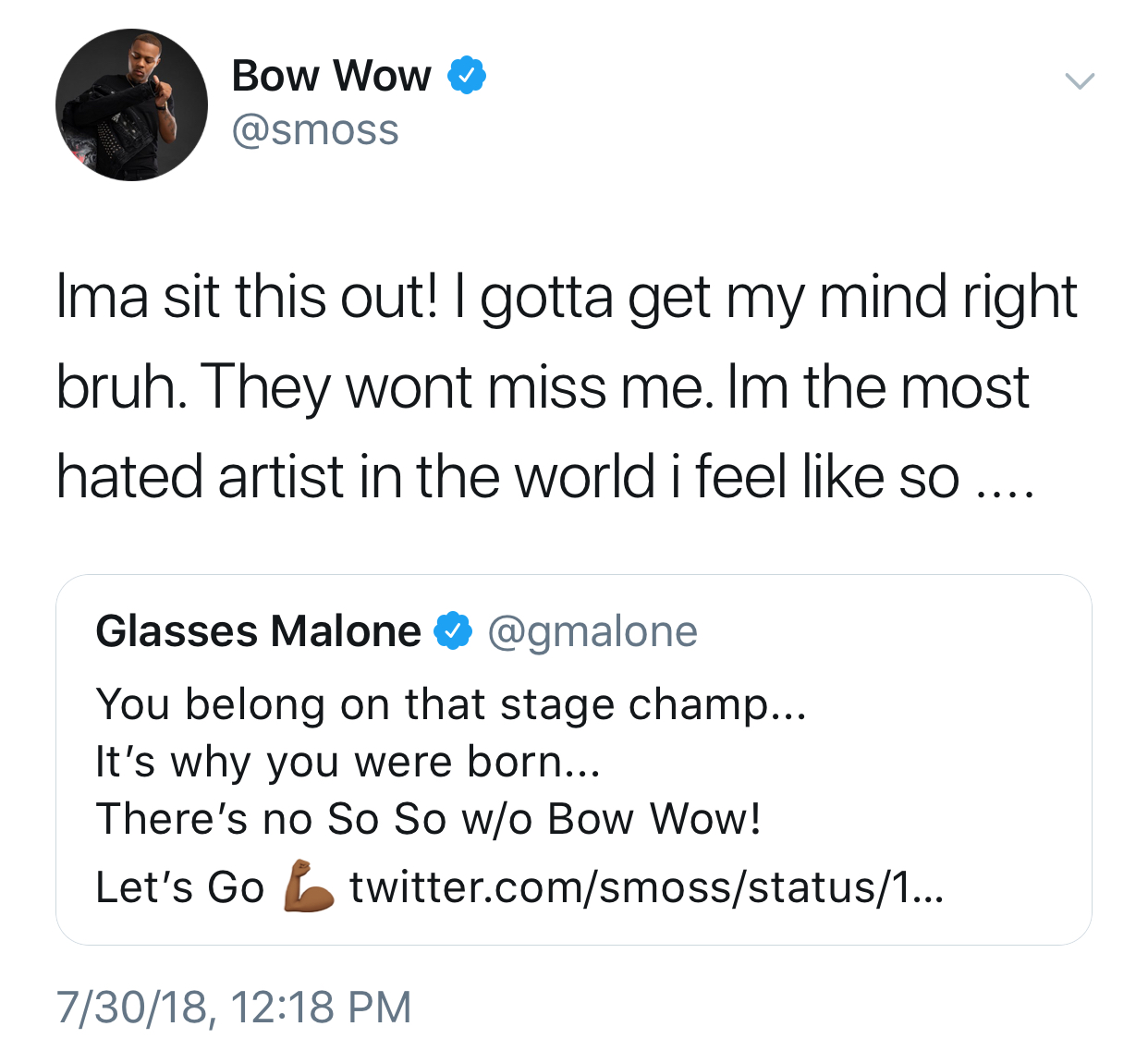 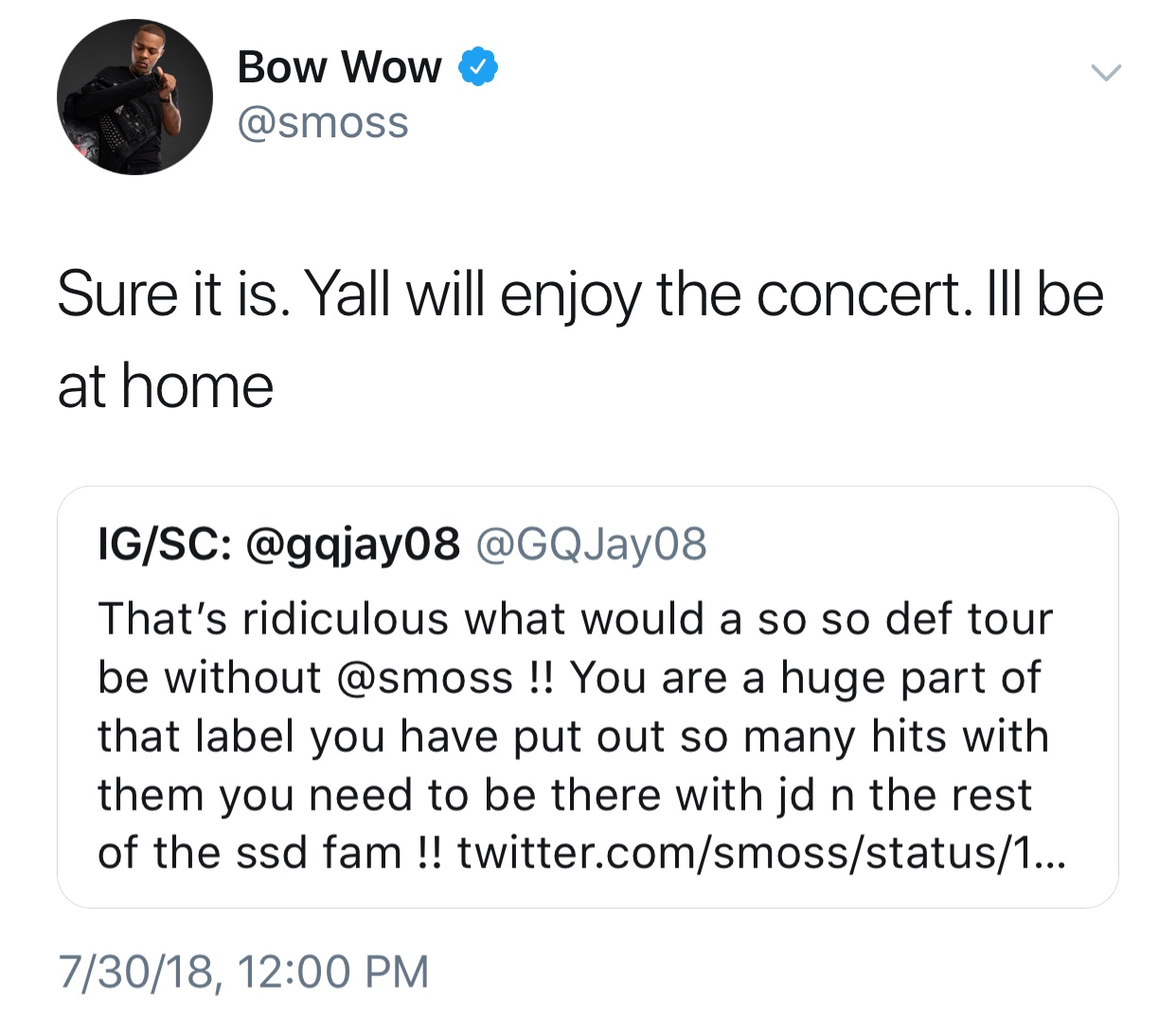 Bow Wow has sense deleted his Twitter rant.  But it is still posted on his Instagram that he is quitting the So So Def Tour, which might not be a bad idea for him.  He said: 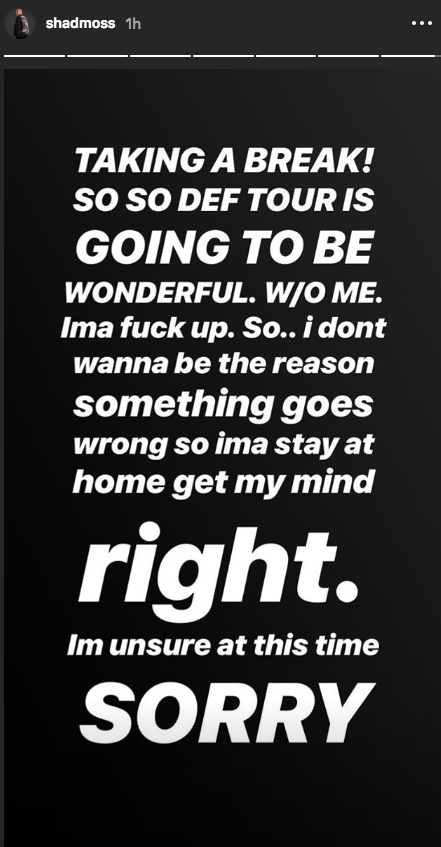 If someone tweeting a picture of him doing nothing at a bar surrounded by women is enough to make him go off on a rant giving away money and quitting his own tour, then maybe he should sit this one out.

What do you think? Leave a comment and let me know!