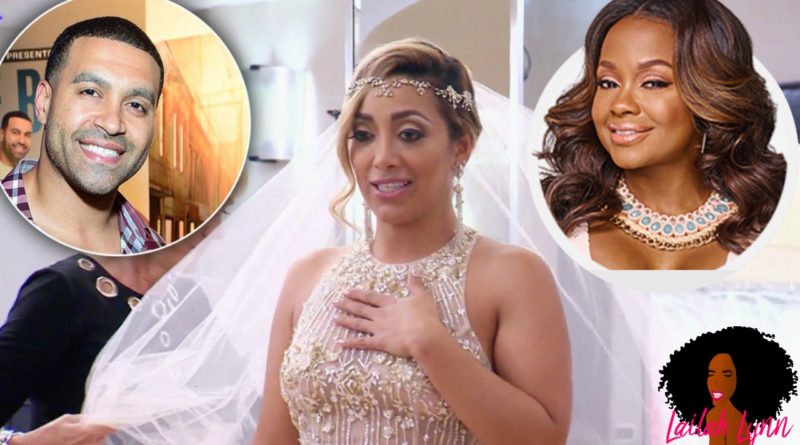 In case you missed it…

Over the weekend Miss Natalie Nunn (from Bad Girls Club infamy) posted that her, Traci Braxton, Comedienne Luenell and the Phaedra Parks would be working together on a new television show.  She posted a collage of pictures of the four of them together to her Insta-story with the caption “new show alert”.

In the past it was revealed that Phaedra was working on a television court show, which is right up her alley.  But the rumor is…this new show that she is doing with Natalie Nunn, Traci Braxton and Luenell is more like The View or The Real.  It’s allegedly a talk show.

In the meantime, Apollo’s fiance Sherien Almufti recently did an interview with Radar Online where she opened up about the status of Apollo’s relationship with his kids.  She told Radar Online:

Apollo’s so in love with his sons and unfortunately his ex doesn’t bring them to see him. There isn’t a birthday, Father’s Day or holiday where Apollo doesn’t send them gifts and write them letters. He loves them.

I truly believe that Apollo does love those boys.  And so does Phaedra.  And she explained before that she doesn’t take the boys to see Apollo because it hurts them too much.  Phaedra Parks has said before that her boys cried for 3 days after seeing their dad behind bars.  So I can understand her not wanting to put them through that emotional trauma at such young ages.

Whatever he and Phaedra are going through, I hope that one day they can resolve it for the sake of their kids. We’re still engaged and I see him every week. When we get married, I will welcome and love his children as if they were my own and I can’t wait until he gets out so we can all be a family again.

I am so curious why she used the word “again”!! Why did she say ‘so we can all be a family again’?  It makes me wonder if Apollo had his kids around her before he went to jail! And does she think she’s going to just jump back into those boys lives?

Anyway, this is the tv show I really want to see.  Talk shows are great and all that.  But I would love to see Phaedra & Apollo back on TV along with Apollo’s fiance.  I would love to see how they navigate the real world one Apollo is out of prison and really has to decide if he’s going to marry his fiance and give her the dream marriage that she’s preparing for with him!

Leave a comment and let me know what you think.  Would you rather see Phaedra Parks on a talk show or reality TV?