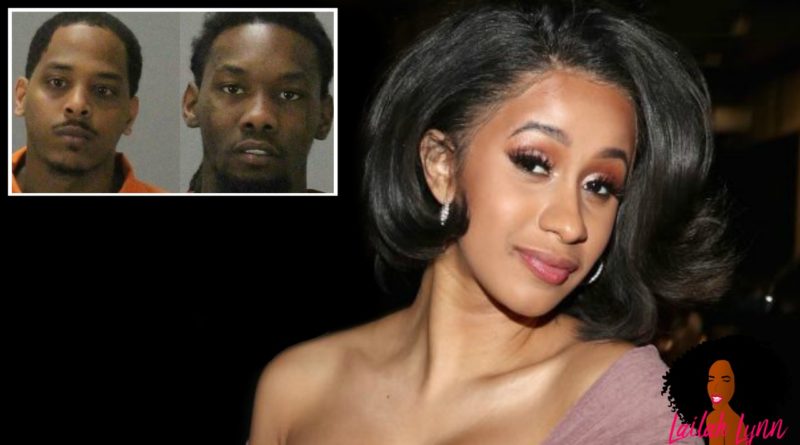 Offset returned home to Cardi B just one day after his arrest for gun and drug possession in Clayton County, Georgia. As I mentioned yesterday, Offset’s arrest came just 10 days after he and Cardi B welcomed their first child together, daughter Kulture Kiari.

Offset bailed out of jail today, Saturday, and returned home to Cardi B after posting $17,000 bail.

Today, Cardi B shared a Boomerang of herself and Offset on her Instagram Story  after his arraignment.

“Home,” she wrote in the caption as she sat on a chair and he stood over her in just a pair of yellow pants.

In another post, Cardi B set the record straight when it came to details of her husband’s arrest.

“For the record Offset is NOT ON PROBATION,” she wrote with an unamused emoji and an eye-rolling emoji.

Offset, who is a convicted felon, was pulled over in his 2014 Porsche 911 Carrera in Jonesboro, Georgia, on Friday. It seems that police officers were following him and when they spotted him perform an improper lane change they pulled him over.

As officers approached his vehicle, they allegedly detected the smell of marijuana and proceeded to conduct a search. They found three handguns, less than an ounce of marijuana and more than $107,000 in cash.

He did not commit any traffic offense and he certainly was not in possession of any weapons. This was an improper arrest and I believe in his innocence.

It’s a common theme. We’re talking about a young, African-American man driving a shiny, beautiful luxury car and clad in designer clothes and watches and jewelry.

Unfortunately people in his genre become a target for law enforcement who think that lifestyle is connected to some illegal activity … and that is a sad statement.

Offset’s attorney says the passenger in Offset’s car — his assistant — is a licensed gun holder who had firearms in the car for security. And he notes Offset needs protection because of the large amounts of cash he typically carries and the expensive jewelry he wears.

Leave a comment and let me know what you think about this situation.  Do you think the police were targeting Offset? Or do you think they really just randomly pulled him over for an improper lane change?  And do you think his lawyer will be able to prove that the gun was not in Offset’s possession but instead in his assistant’s possession?