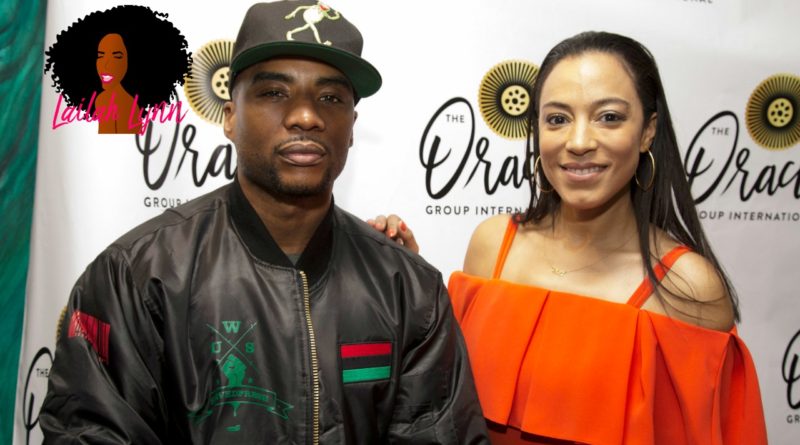 Uncategorized
July 18, 2018 lailahlynn
Share this article to start a conversation!

In case you missed it, one of our favorite “woke” women, Ms. Angela Rye, let it be known that she supports her “brother” Charlamagne, despite his own confessions that things that he’s done in the past to women could be considered sexual assault.

Charlamagne has had multiple claims of sexual assault lodged against him.  And on multiple occasions he has explained ON AIR that some of his past behavior could be considered sexual assault, but he was not aware of it at the time.

For example, in the below audio Charlamagne explains how he had sex with his now wife without her consent after getting her drunk.  But at the time he was not aware that his actions could be considered sexual assault.

Charlamagne also admitted to raping his wife and stated that him and other guys did a lot of things that were rape when they were younger. pic.twitter.com/ZSJahNA71b

On Sunday Angela Rye posted the below photos to Instagram recounting growing up in the COGIC church community.  And in the comments someone challenged her support of Charlamagne despite her spiritual and political views.

Woman, EVOLVE!! I’m a church girl. Liiiiiike COGIC for 15 years of my life. Liiiiike clap on the 2 and the 4 to the shout music. What’s my point? @bishopjakes and @seritajakes are legend. Woman, Thou Art Loosed is etched in my memory as a key part of my spiritual development. When I was first introduced to the preaching AND teaching word of my, now, sister friend @sarahjakesroberts, I KNEW she had it. What I did not know is that we would become friends because of her generosity of spirit, authentic and transparent nature, text message READS, and clapbacks that will pull you straight outta nonsense!! 🤣 ••• I am so thankful she asked me to participate in her inaugural #womanevolve18. When I tell you this is the next iteration of Woman, thou art loosed…when I tell you I already FEEL the evolution?! OMG! She is just getting started y’all. I see it ALL over her. I promise you…do not sleep on Sarah or the God in her. Last night, I exposed flaws and all with @caitlincrosby and the ever-hilarious (anointed to read too) @cjakescoleman! Do. Not. Miss. This. Next. Year!!!! #workwoke

To which Angela Rye responded: 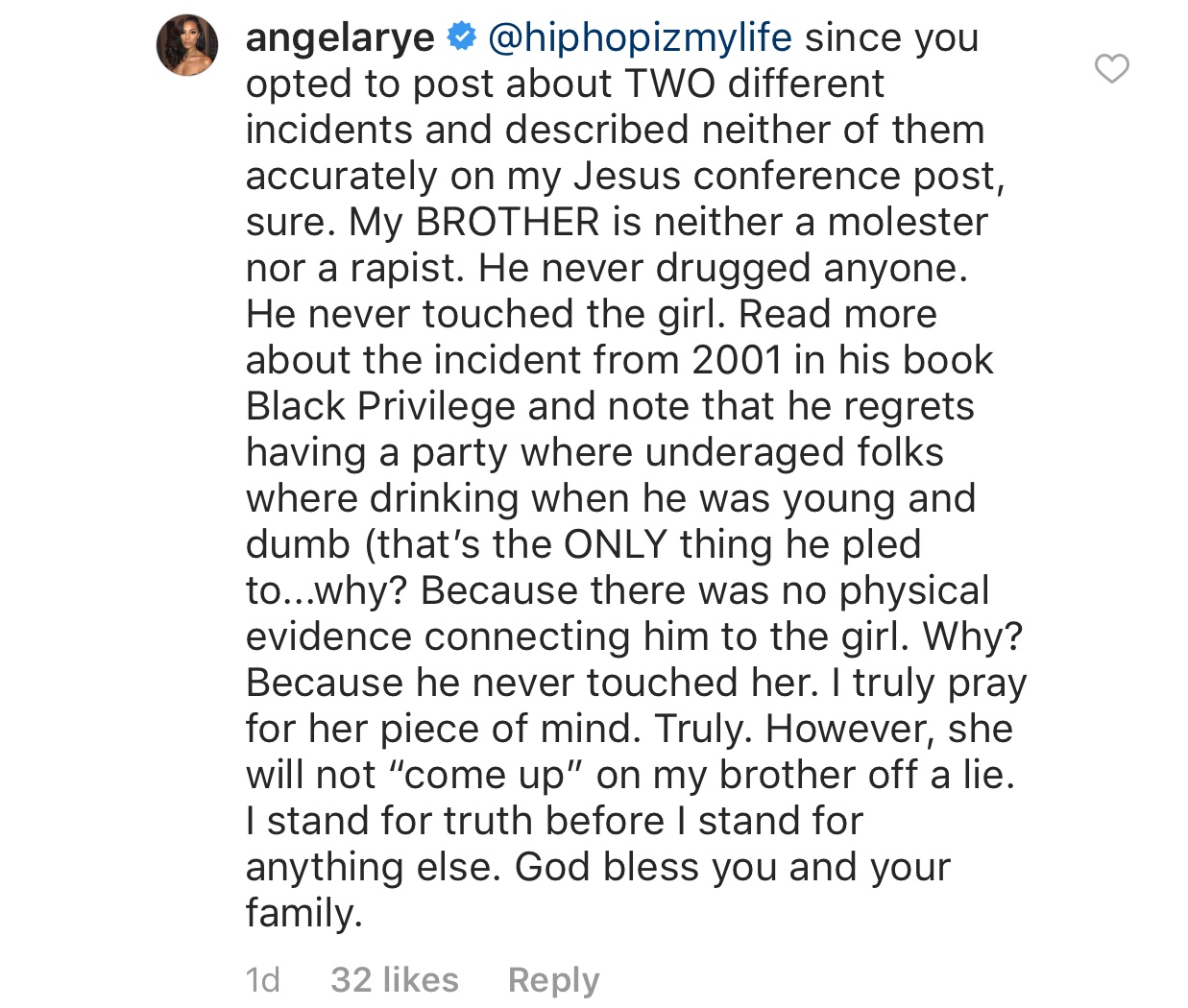 Even though Angela points out that the commenter was actually referencing two different situations (there are so many to choose from) she only addresses the one situation in which Charlamagne didn’t touch the girl in question.  And she accuses the “girl” of trying to “come up” off Charlamagne!  Talk about victim shaming!

Then someone asked the original commenter why Charlamagne doesn’t sue one of the women for slander if her accusations are false:

And Angela responds to that question as well as says that the girl is “broke” so it’s pointless.

SMH.  I expected a more balanced response from a woman like Angela Rye.  But what do you think?  Are you surprised that Angela Rye has Charlamagne’s back despite his own admissions?

3 thoughts on “ICYMI: Angela Rye Supports Her “Brother” Charlamagne Despite His Own Confessions”