Kylie Jenner is currently making headlines after Forbes magazine named her a “self-made” billionaire in its latest issue. Kylie is the cover girl for the America’s Women Billionaires issue of Forbes, and on the cover they refer to Kylie as being “self-made”, and that designation has caused a lot of controversy considering that Kylie comes from a family of millionaires!

Kylie Jenner has had access to financial resources and not to mention a network of influential people for all of her life, so calling her “self-made” is a bit of a stretch, and Nene Leakes called that out.

To which Nene responded:

Well some people get opportunities that others will never get! Just saying! This game ain’t fair.

Life isn’t fair, so I understood exactly what Nene meant.  Yes we all get the same 24 hours a day, but some of us don’t have the opportunities that are afforded to other people.  That’s just the truth.  We all have to rise to the challenge of making the most of what we have.  And I think that’s all Nene was saying, but some news outlets tried to say that Nene was actually jealous of Kylie and that she was throwing shade at Kylie! 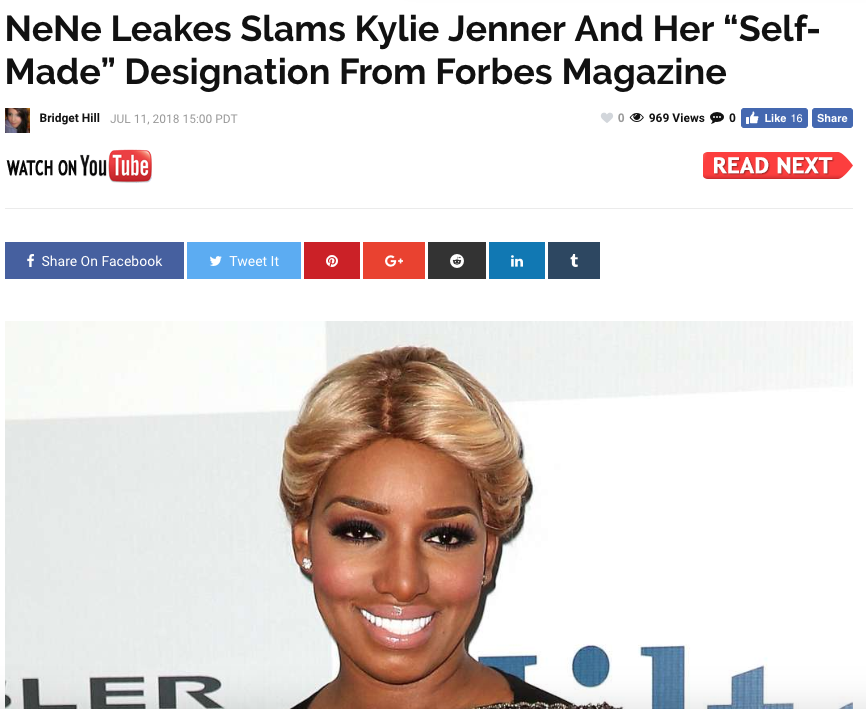 Some media outlets just didn’t get what Nene was saying, and instead tried to paint her as being jealous of Kylie, when that wasn’t the point of Nene’s comment at all!

So Nene decided to clap back and let it be known that she said what she said!

What do you think of Nene’s comments about Kylie being self-made? Do you agree that Kylie has opportunities that other people don’t have? Or do you feel like Kylie Jenner really is self-made?