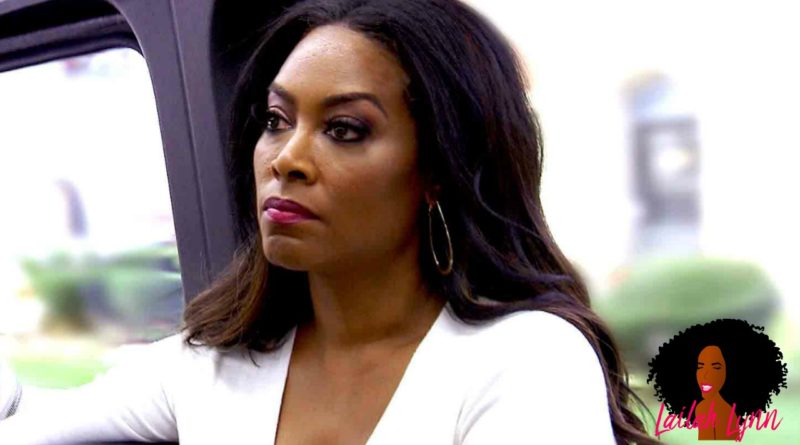 Page Six reports Kenya Moore will NOT be returning for Season 11 of The Real Housewives of Atlanta.  A source confirmed to Page Six on Wednesday that Kenya Moore is officially “out.”

If you follow Real Housewives of Atlanta tea then you already know that Kenya Moore claimed to still be in contract negotiations with Bravo for RHOA Season 11, even though the other ladies had already signed their contracts back in April.

Even as recent as last week Kenya was claiming that news about her being fired from RHOA was “fake news” and she claimed she was reviewing her latest offer, as if she was still in negotiations with Bravo.

She posted this picture on Instagram with the caption:

#FakeNews Do you really think Bravo would talk to a trashy blog like “radar online?” When have you ever seen Bravo release cast info before the season starts on any cast member being fired or HIRED? 🤔 N-E-V-E-R. To the outlets that regurgitate their fake desperate stories: shame on you lazy MFs!
Unless you hear it from me, it’s fake news! Reviewing my latest offer now 💅🏾 #teamtwirl #kenyamoore #rhoa

#FakeNews Do you really think Bravo would talk to a trashy blog like "radar online?" When have you ever seen Bravo release cast info before the season starts on any cast member being fired or HIRED? 🤔 N-E-V-E-R To the outlets that regurgitate their fake desperate stories: shame on you lazy MFs! Unless you hear it from me, it's fake news! Reviewing my latest offer now 💅🏾 #teamtwirl #kenyamoore #rhoa

But as of yesterday, apparently, Kenya Moore and Bravo were not able to come to an agreement and she is officially “out.”

From what I’ve heard, Bravo actually did want to keep Kenya on the show despite her getting married off camera and her husband initially being reluctant to film.  But Kenya was allegedly greedy in her dealings with Bravo and wanted a pay increase – being that she’s now bringing her husband and eventually her baby on the show. But Bravo would not agree to the pay increase that she demanded.

So now she is officially “out”, according to sources over at Page Six.

But as of today, she has not yet responded to the most recent rumor from Page Six that she is not going to be a part of the Season 11 cast.  So it sounds like this time it may be true.  If Kenya was still in contract negotiations with RHOA, which has been confirmed to already be filming, then she would have shot down this rumor too.  But she hasn’t said anything!

She’s only been posting about her husband and her pregnancy on Instagram.  And that’s great that she’s focused on what really matters in life.  But, I have to point out that it’s very unusual for Kenya – who is quick to use social media to shut down rumors of her being fired – to not address this latest rumor that she’s lost her peach on her social media.

So I think she may actually have lost her peach, and she will not be appearing at all on Season 11 of the Real Housewives of Atlanta.

What do you think? Do you think it’s over for Kenya? Do you believe the rumor that she was being too greedy with her salary demands?