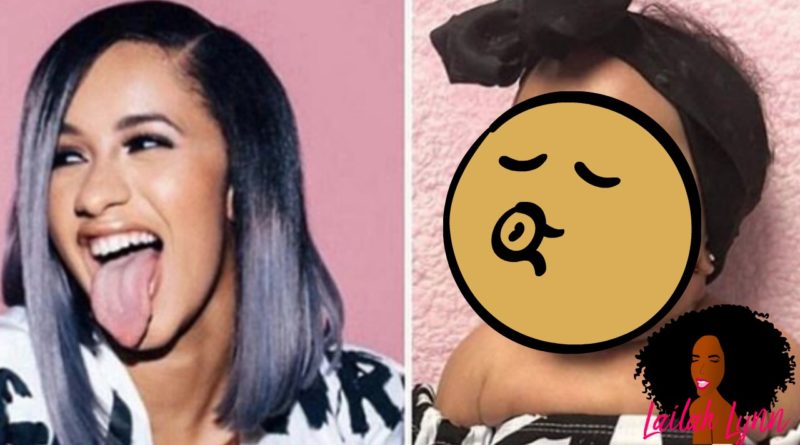 According to reports, which definitely violate HIPAA laws, Cardi B has had her baby! 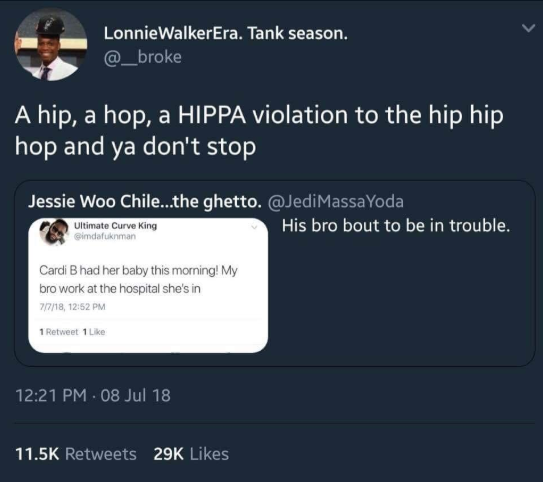 Cardi B had her baby this morning! My bro work at the hospital she’s in.

Ordinarily I wouldn’t believe a random tweet about a celebrity because people lie on social media and they could be making the whole thing up.  But the reason I actually believe this tweet could be true is because Cardi B hasn’t posted on her own social media for almost 24 hours.

The last time she posted on Twitter was yesterday around 5pm when she posted: 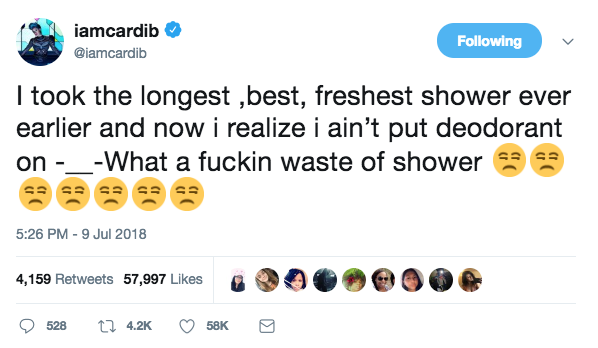 And the last time she posted herself on Instagram was yesterday around 4 pm when she posted videos of her opening her baby shower gifts on her Insta-story.

Cardi’s sister Hennessy also hasn’t posted herself in almost 24 hours. She has responded to like 2 tweets but that’s it!  And y’all know Cardi B and Hennessy are ALWAYS on social media.  So for both of them not to have posted in almost 20 hours leads me to believe that Cardi might actually have given birth!

And allegedly Offset is with Cardi B in Atlanta, while the other Migos are still in Europe.

So Congratulations to Cardi B and Offset on the birth of their brand new baby girl!!!