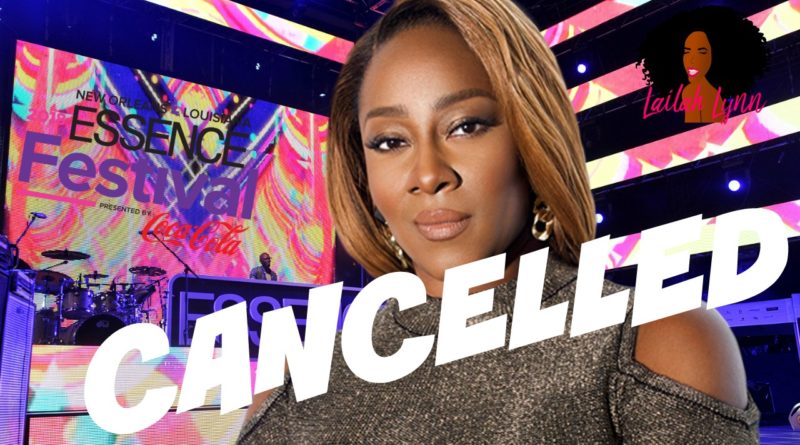 Le’Andria Johnson has been going through it lately!

First she posted a Facebook Live video where she went off on Pastor Marvin Winans, who she says treated her like a “peasant” when they met.  The link to the full video is in the description box.  However, it’s her words at the very end of the video that seem to have caused some trouble for her. At the end of the video she says:

“Love, peace and happiness to those who know the truth and who are tired of this Christianity bull skit”, as two of my favorite vloggers would say: RANDOM TV REVIEWS https://www.youtube.com/channel/UCQi80HN6NqJNVyM4XqXeT0Q

Then later, Le’Andria made another live video where she talks about how tired she is of being the gospel artist “Le’Andria Johnson” and everything that goes along with that.  She says she actually could be a bigger artist like Kirk Franklin or even Beyonce, but it’s not in her heart to do that.  She also seems very upset that certain churches or conventions don’t want to book her because she cusses.  And she says that Essence Fest is coming up, so if they want to cancel her appearance there – then they’re welcome to cancel her because she can’t be controlled.

So after making both of those videos, Le’Andria made the following video today where she reveals Essence actually did cancel her performance at Essence Fest.  And she explains specifically why it was cancelled.

The links to all of Le’Andria’s full videos can be found in the description box below.

Please leave a comment and let me know what you think about what’s going on with Le’Andria Johnson?  Do you think she’s just hurt and lashing out? Or do you think there’s something deeper going on?