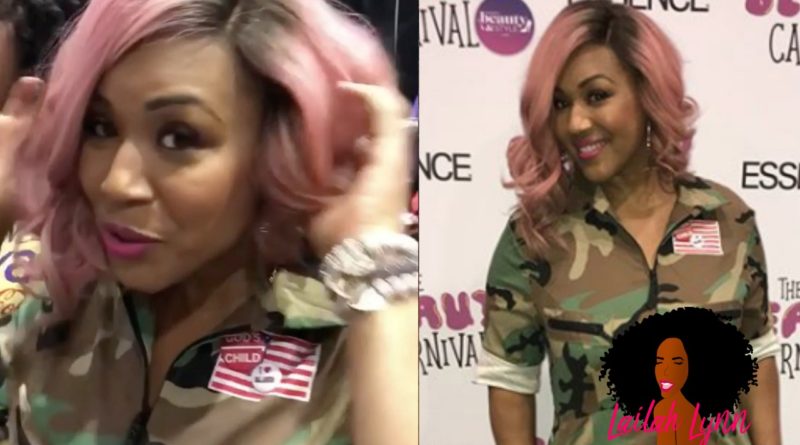 Erica Campbell, one half of the gospel super group Mary Mary shocked fans this weekend when she debuted her new PINK hair!

Erica has a new line of hair extensions and wigs that she just launched with hair stylist Vernon Martin.  And she was at Essence Festival this weekend showing off her new pink hair and she had a booth where she was selling hair extensions. 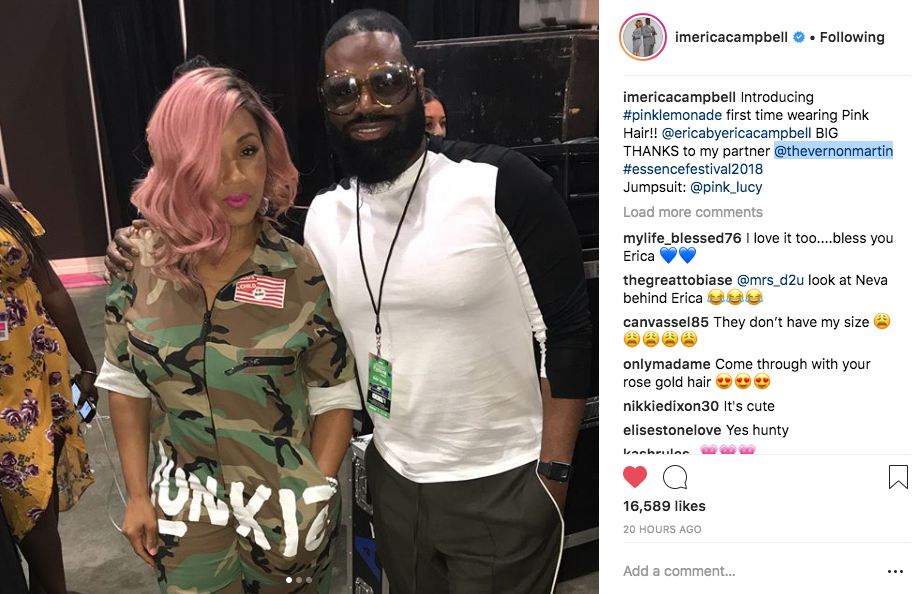 She seemed to get a lot of support from her fans and it looked like she had a lot of customers in line waiting to buy her hair.  But when The Shade Room reposted her today, there were a lot of critics in the comment section saying that she shouldn’t be rocking that pink hair. Like this person who asked:

And another person who asked:

And yes, I think a lot of people feel that you’re hair is supposed to be left it’s natural color, especially in the COGIC church community.

This person actually put some scripture references in the criticism of Erica, so we’re going to get into this one.  She said: 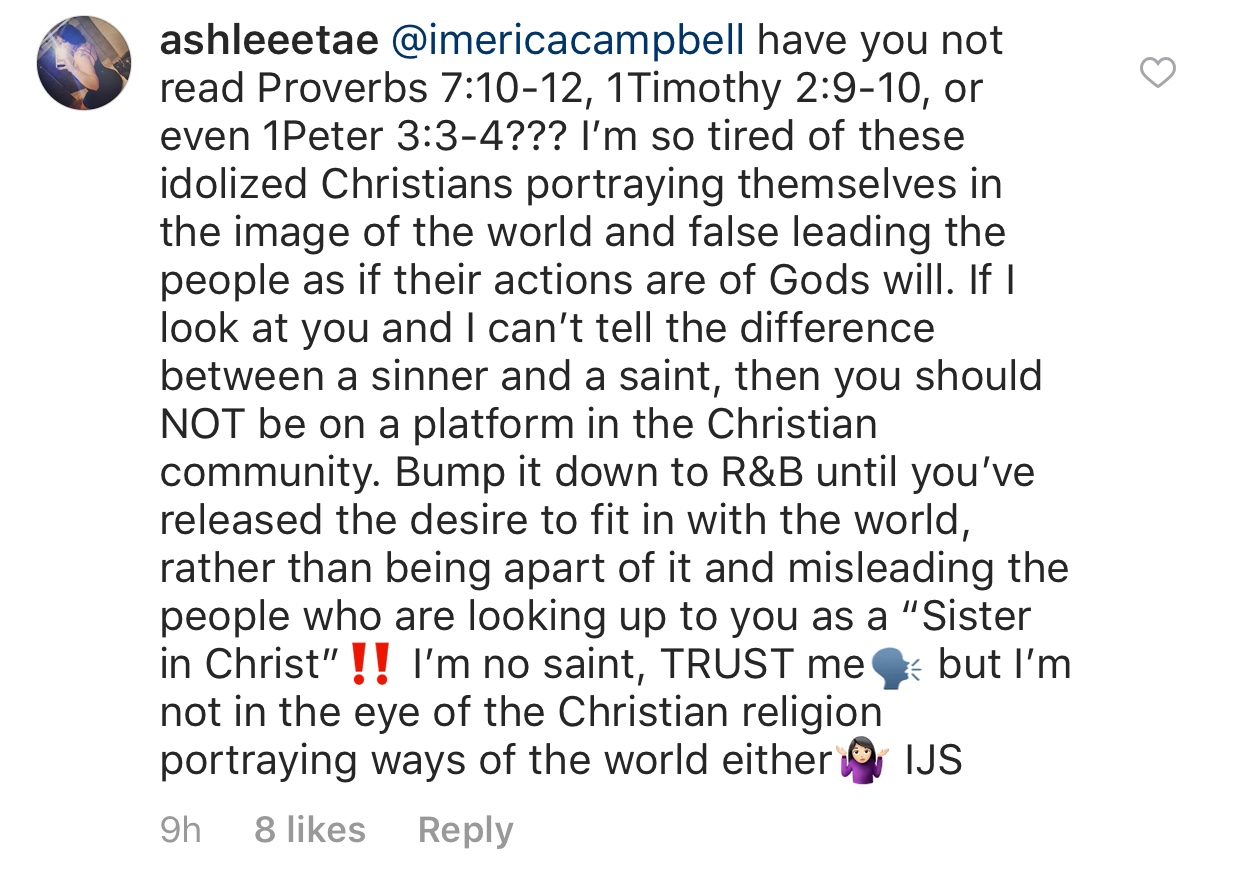 Let’s take a look at those scriptures before we go any further.  Proverbs 7:10-12 says:

Then out came a woman to meet him, dressed like a prostitute and with crafty intent. 11 (She is unruly and defiant, her feet never stay at home; 12 now in the street, now in the squares,at every corner she lurks.)

OK, so she basically said that Erica is dressed like a prostitute standing on the corner.

I also want the women to dress modestly, with decency and propriety, adorning themselves, not with elaborate hairstyles or gold or pearls or expensive clothes, 10 but with good deeds, appropriate for women who profess to worship God.

Your beauty should not come from outward adornment, such as elaborate hairstyles and the wearing of gold jewelry or fine clothes. 4 Rather, it should be that of your inner self, the unfading beauty of a gentle and quiet spirit, which is of great worth in God’s sight.

So with those last two scripture references I can see what she is getting at, but I definitely don’t think Erica Campbell is dressed like a prostitute like the first scripture implies.

Wow. That’s a pretty strong statement to say that Erica Campbell is misleading people who are looking up to her as a “sister in Christ”. But we all have our opinions.

My opinion is closer to these people who commented:

I’ve always thought of Mary Mary and Erica Campbell as crossover gospel artists.  Like, they are trying to reach people that are not saved and bring them into the church.  So that’s part of the reason I’ve never judged their appearance as harshly as some other Christians do.  I assume that they present themselves a certain way to reach the people that they are trying to reach.

But what do you think? Do you think Erica Campbell doesn’t look “modest” enough for her to be a leader in the church community? Is the pink hair “too wordly”?  Or do you think she’s being judged too harshly?