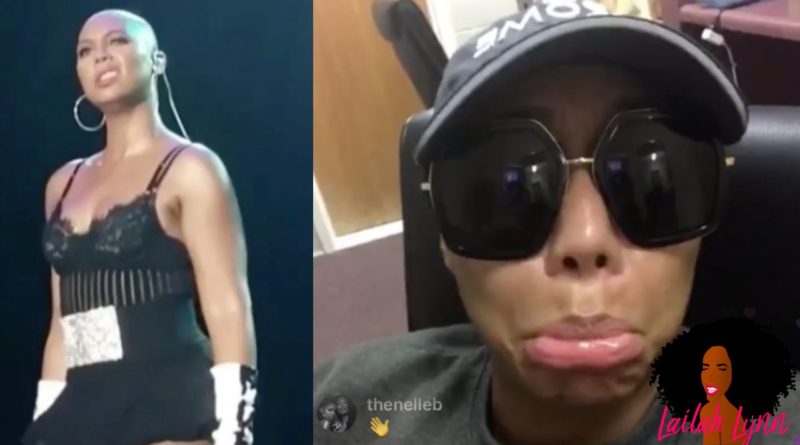 This afternoon Tamar posted these texts showing that her band did not quit on her.  Her band leader appeared to have missed his flight. 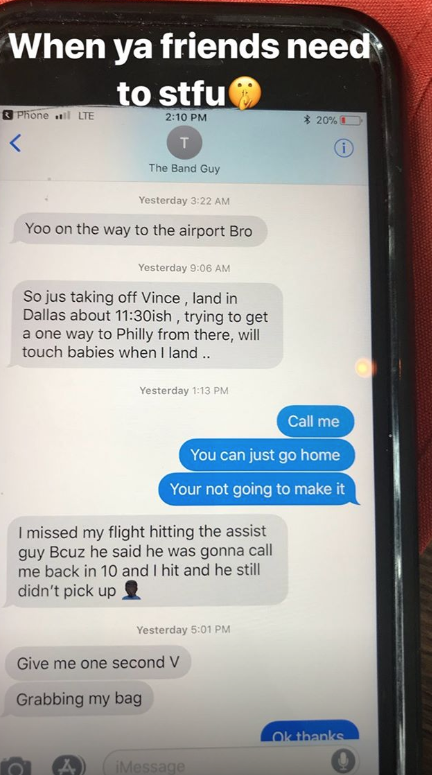 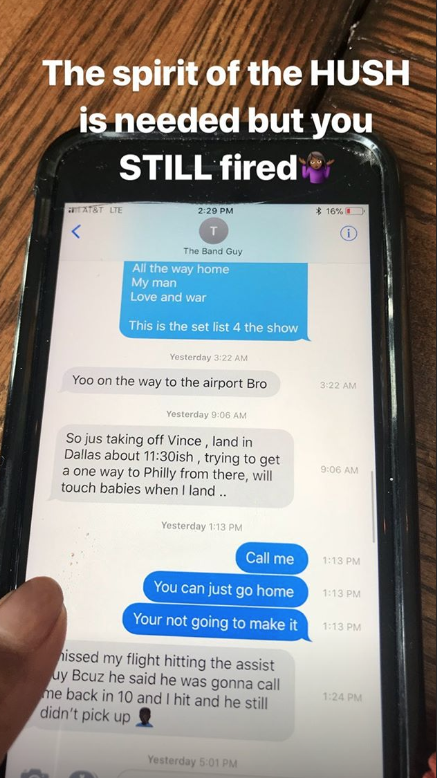 Even though Braxton Family Values is on a hiatus, y’all know I still report on everything that is going on with Tamar, her man, and her career.  Well yesterday she posted that she had to fire her entire band!!

First she posted this video to her Insta-story where she says she’s fighting off some type of illness AND that she just found out that her band won’t be making it to her show in Philly.  Her band completely left her hanging for a show ! And she had to figure out what to do on stage without them.

It’s a little bit hard to hear what she’s saying in the video, but listen closely!

Apparently Tamar figured out how to still put on a show without her band.  And after her performance Tamar posted this: 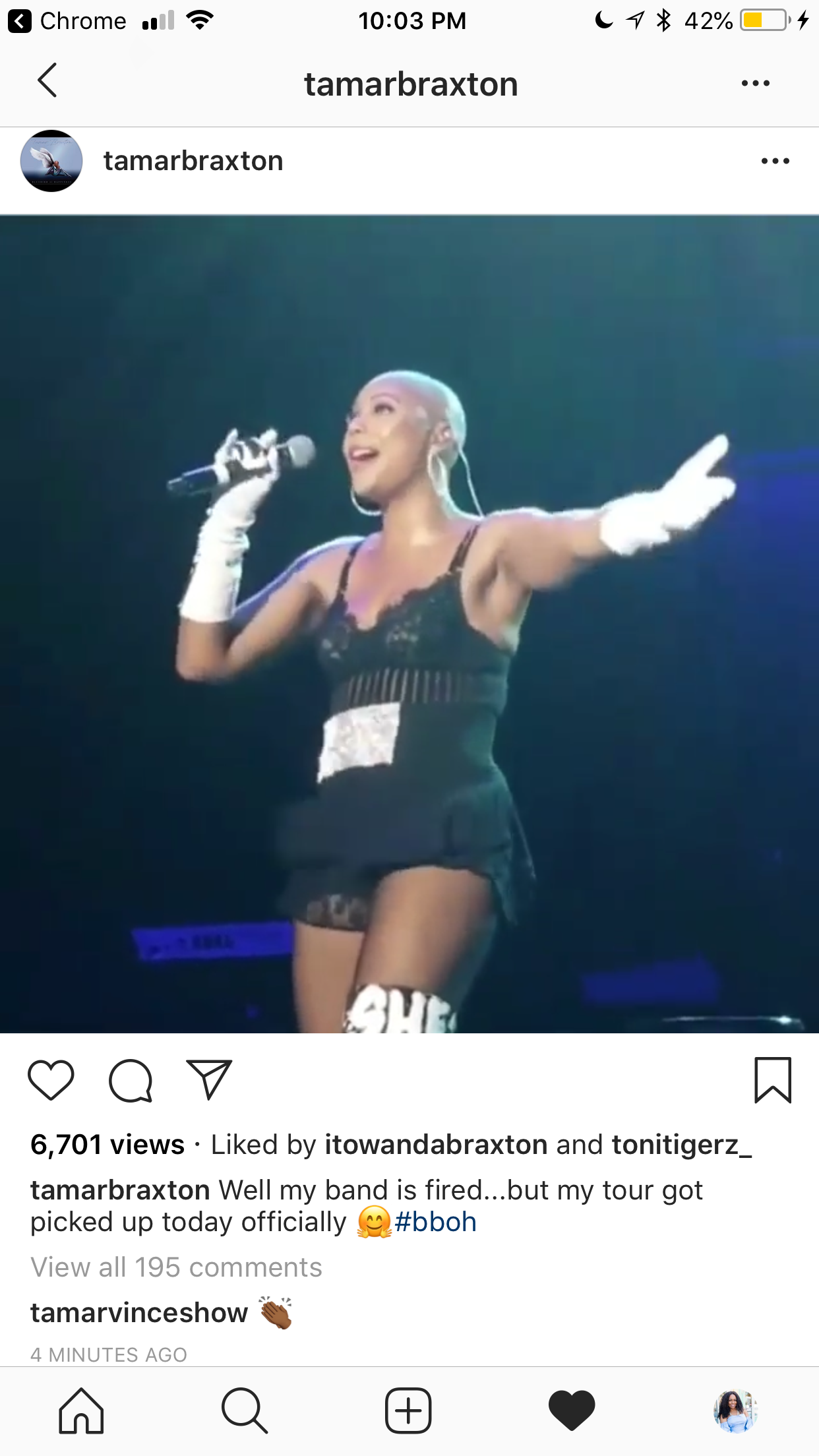 And she came back and added to her caption and asked people to tag the best band, because apparently she is really serious about firing her band since they left her hanging! 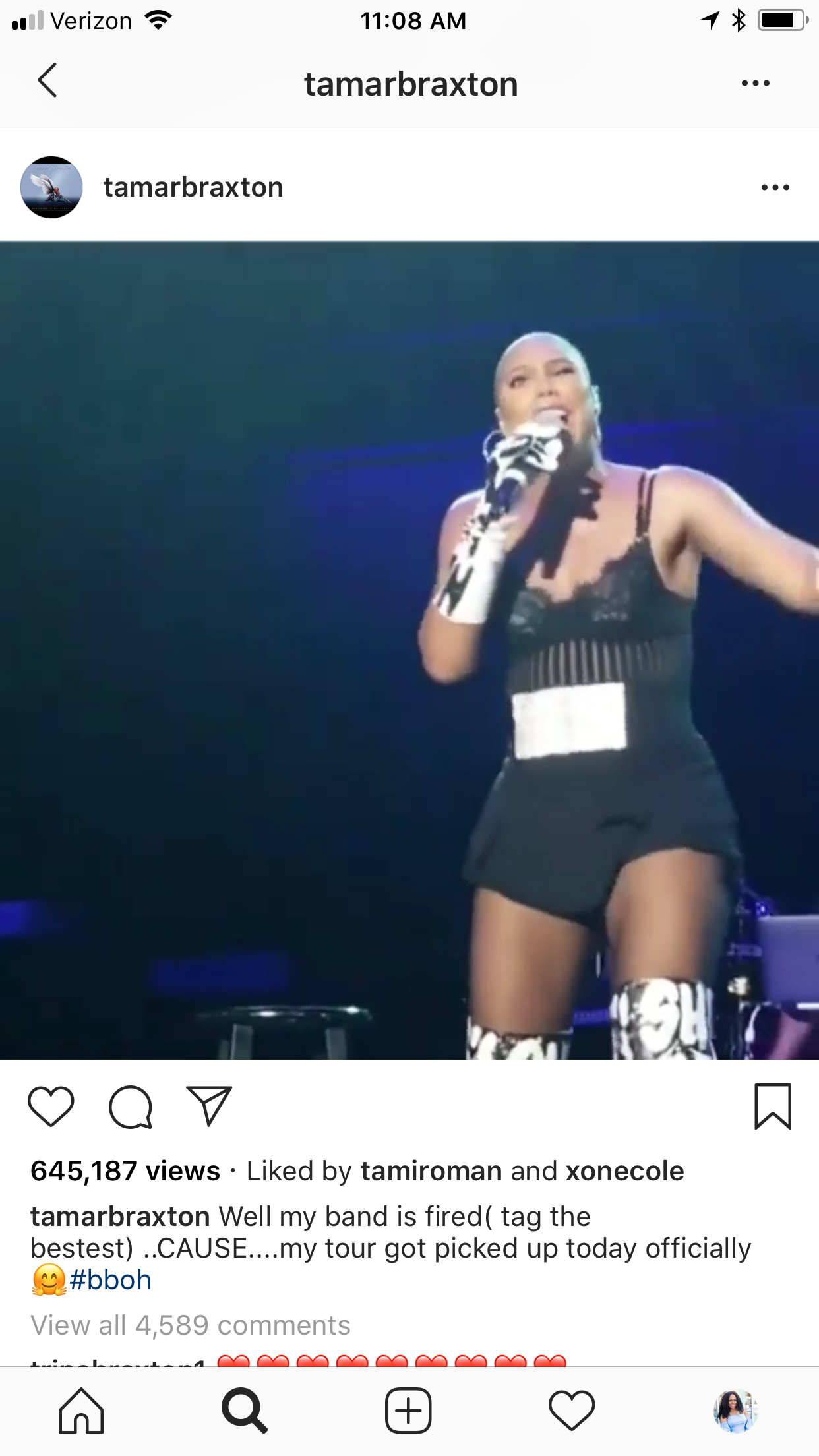 A friend of her band posted in the comments that he was going to spill all the tea about what happened in the morning. He said:

That was 11 hours ago, so the morning has come and gone!  So Tamar responded:

So it sounds like there was a whole lot of confusion with Tamar’s band and where they were supposed to be.  But in any case, it sounds like they don’t even have to worry about it anymore because Tamar has FIRED them!

Hopefully she can find a new band soon since her tour just got picked up!

Leave a comment and let me know what you think about Tamar’s band not showing up for her! Do you think that’s grounds for firing them?  And why do you think they purposefully stood together and decided not to show up for her?

Let me know what you think!