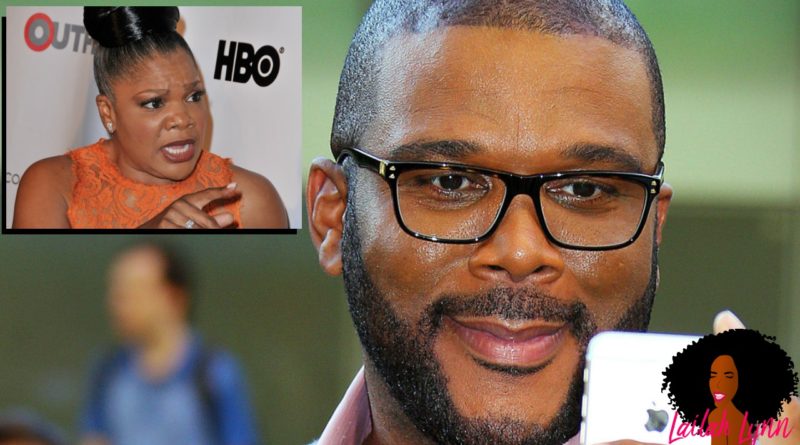 In case you missed it, Mo’Nique and her husband/manager Sidney Hicks, released a secretly taped phone call between them and none other than Mr. Tyler Perry.

Now, before you question the legality of them “secretly taping” a phone call, you should know that in some states it IS legal to tape a phone call as long as one party on the phone call agrees to be taped – and that includes yourself.  So it appears that Mo’Nique was able to legally record this conversation because she gave herself permission to do so.  And so she didn’t have to ask Tyler Perry for his permission as well.

In this video we are able to listen, in part, to the phone call and discuss it based on the Fair Use Clause of the Copyright Act which states a copyrighted work can be reproduced for the purposes of comment, which is what we are doing here.

In this phone call Mo’Nique, Sidney and Tyler Perry discuss Tyler Perry saying that it was wrong for him to say publicly that his experience working with Mo’Nique was not pleasant, and they discuss how he can make that right.  Here are few snippets of the phone call.  The full phone call can be heard on the Rolling Out website, and the link is in the description box.

It starts out with Mo’Nique asking to speak with “Madea” instead of Tyler Perry, because “Madea” would be able to understand her better.

After that, Tyler Perry offers to send Mo’Nique the royalties that the movie Precious is currently earning because he doesn’t want her to feel like she’s been mistreated.

And then Sydney and Mo’Nique imply that Tyler Perry doesn’t write his own scripts because the writer of his scripts understands life, and clearly Tyler Perry – the billionaire- doesn’t understand life.  So then Tyler explains he does understand life and tells them how Mo’Nique can make a comeback in her career.