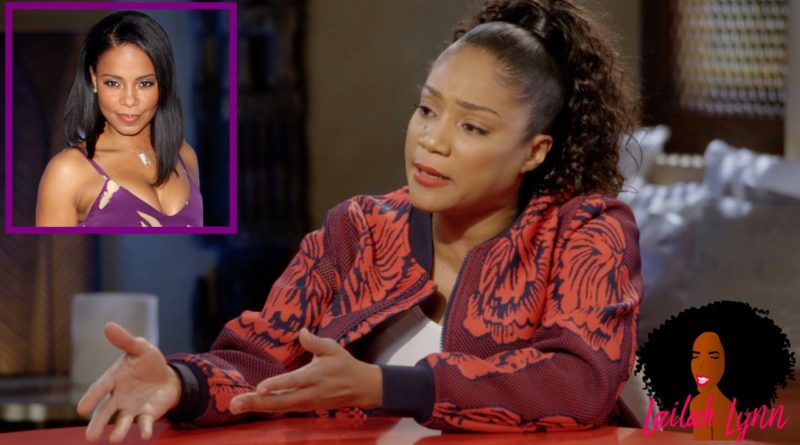 In the latest episode of “Red Table Talks” which premiered today, Jada Pinkett Smith sat down with none other than her friend, Tiffany Haddish.  And although Jada and Tiffany already became friends when they filmed “Girls Trip” together, Tiffany Haddish filled Jada in on some interesting aspects of her life that Jada didn’t know about.

And during the conversation, Tiffany Haddish also revealed that Sanaa Lathan, who Tiffany confirmed to The Hollywood Reporter as the person who bit Beyonce, actually also put “body parts” on her.

In the clip Tiffany doesn’t reveal exactly which body parts Sanaa put on her, but she does say that’s what initially upset her. Then she got even more upset when she found out Sanaa also bit Beyonce.  And that’s when she was ready to fight.

So what do you think? What body parts do you think Sanaa Lathan put on Tiffany Haddish?  I feel like if it were her hands, she would have just said hands.  So she must have put some other “body parts” on Tiffany that really rubbed her the wrong way.