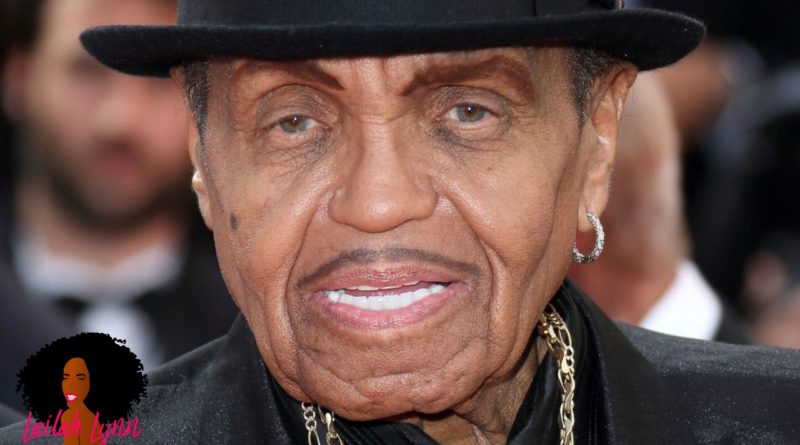 Jackson family members have disclosed to DailyMail.com that Joe Jackson is literally on his death bed.

Sources close to the family have revealed that eighty-eight year old Joe Jackson has been ailing for months, but took a turn for the worse in the past week.

But as his family tried desperately to be by his side, Joe Jackson’s handlers allegedly barred family members from visiting him, including his wife Katherine and his daughter Rebbie.

For four days this week, his sons and daughters – including Janet – were in heated discussions, unsure what was going on and pleading to see him. Joe Jackson himself had given verbal instructions – which are on a phone recording – making it clear he didn’t want visitors or anyone from the family to see him or his medical records.

Jermaine Jackson spoke with The Daily Mail and said:

No one knew what was going on – we shouldn’t have to beg, plead, and argue to see our own father, especially at a time like this. We have been hurting. We were not being told where he was and couldn’t get the full picture. Even from the doctor. My mother was worried sick. He’s very very frail, he doesn’t have long. The family needs to be by his bedside – that’s our only intention in his final days.

Joe Jackson, who guided his children to unprecedented showbiz success as The Jackson 5, suffers from a form of dementia and has suffered several strokes in recent years. Now he has been struck by an unspecified terminal illness and it’s feared he has just days left to live.

I’m sad to hear Joe Jackson is on his death bad and there’s still so much controversy going on around him.  Hopefully, Joe Jackson’s ‘handlers’ will step aside and allow his family to see him in his last days.

Leave a comment and let me know what you think about Joe Jackson not wanting his family to see him or his medical records as he quickly passes away.  Do you think he is just too prideful to be want to be seen in such a state? Or do you think there’s something strange going on with his handlers?