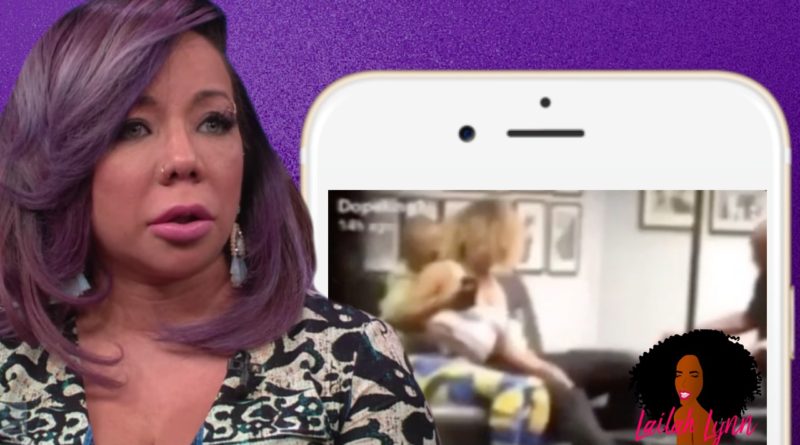 Once AGAIN TI has been caught on camera cuddled up with a woman that’s definitely NOT Tiny!  And it’s a shame that all this is happening around Father’s Day.  But maybe it is a sign that TI should focus on just being a Father right now. Because he is EMBARRASSING as a husband!

It started yesterday when TI posted this message to Instagram explaining why men don’t want to get married.  Now, I wouldn’t be surprised to see something like this on the page of a single man.  But TI is married and has been married for SEVERAL years.  So for him to post this message on his page is downright DISRESPECTFUL to his wife.  It’s an excerpt from a book that says: 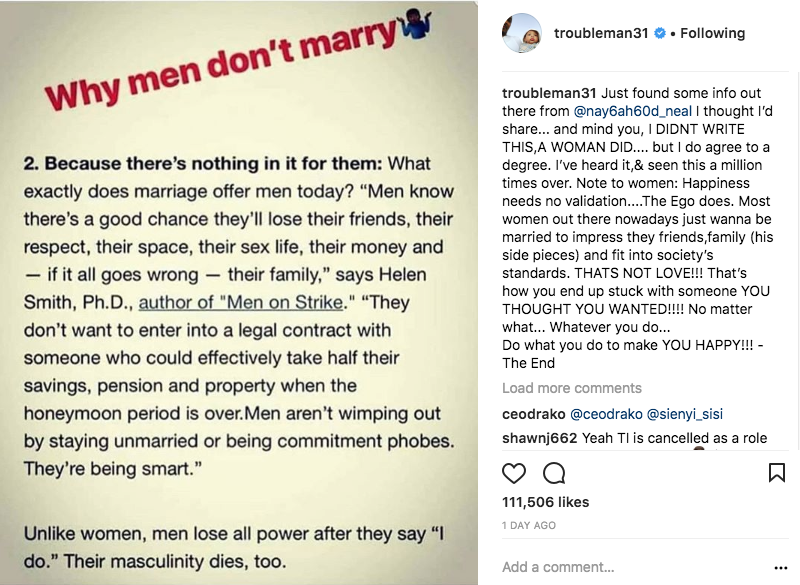 And then he captioned it:

Just found some info out there from @nay6ah60d_neal I thought I’d share… and mind you, I DIDNT WRITE THIS,A WOMAN DID…. but I do agree to a degree. I’ve heard it,& seen this a million times over. Note to women: Happiness needs no validation….The Ego does. Most women out there nowadays just wanna be married to impress they friends, family (his side pieces) and fit into society’s standards. THATS NOT LOVE!!! That’s how you end up stuck with someone YOU THOUGHT YOU WANTED!!!! No matter what… Whatever you do…
Do what you do to make YOU HAPPY!!! -The End

Now I’m not debating what was said in the book excerpt or what TI said in his caption. I just feel that it was so DISRESPECTFUL for TI to post that, knowing that he has a wife himself.  And knowing that his own marriage is rocky.

But it’s not the first time TI has disrespected Tiny and I doubt it will be the last.  In response to what TI posted on his page, Tiny put on her Insta-story: 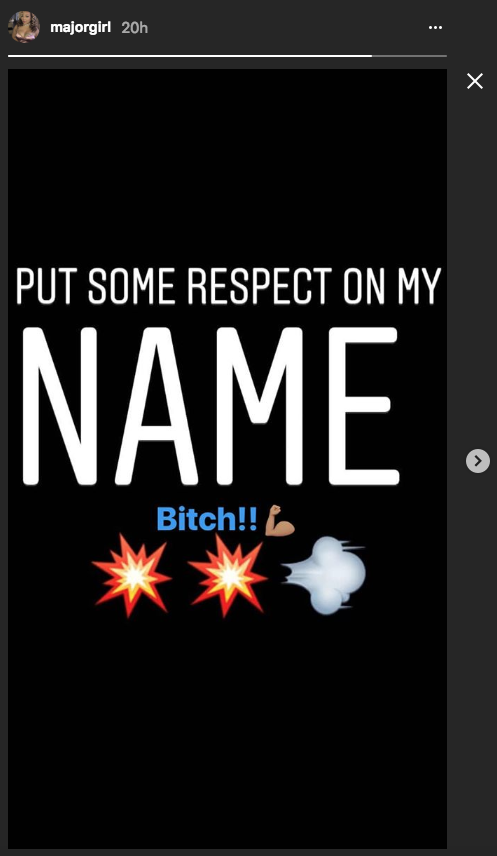 And she also re-posted this message from Snoop on her page:

Crown the KING who knows that his QUEEN is the most important piece on the board. #chessnotcheckers #CHECKMATE 🙏🏽👑🗝

So clearly Tiny felt disrespected by what TI posted on social media.  But the biggest disrespect has to be what TI does in real life.  TI was captured ONCE AGAIN with another woman on video backstage last night after a show in Indiana.  The woman in the video has blonde curly hair like Tiny, but like the person recording it said, that ain’t Tiny!

Some of TI’s friends are trying to say that’s not TI, like Lil Duval who posted:

But it sure looks like TI to me!  TI and the mystery woman seem very comfortable and cuddled up in the video.  What do y’all think?

Leave a comment and let me know what you think! And Happy Father’s Day to all the good Dads out there!