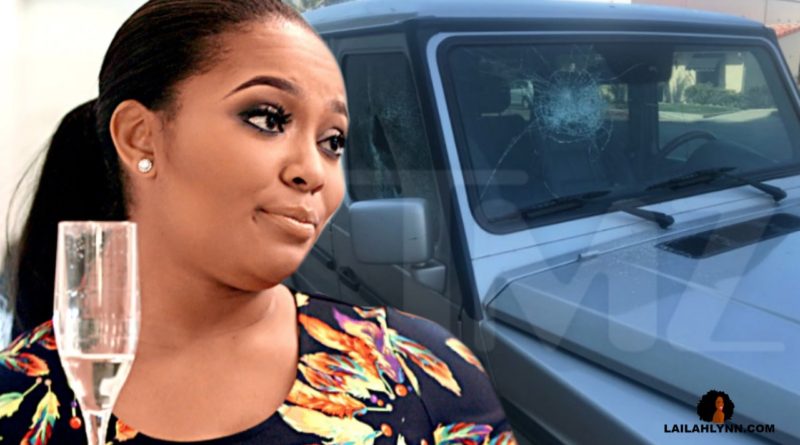 Uncategorized
May 11, 2018 lailahlynn 0 Comments
Share this article to start a conversation!

I am convinced Teairra Mari leaked her own sex tape!  I have been watching this story since it came out the other day, and it just seemed so strange to me that she was still dating the guy that she accused of allegedly leaking the tape! And now, she’s smashed the windows of his car as “revenge” for him allegedly leaking their sex tape.

In case you missed it, a sex tape of Teairra Mari was posted to her Instagram between Wednesday night and Thursday morning.  And in the tape she was seen giving oral sex to someone and looking in to the camera, so obviously she knew she was being filmed and she knew who filmed it!

She claimed her Instagram was hacked and that’s how the tape was posted to her Instagram.  And she posted this message to her page: 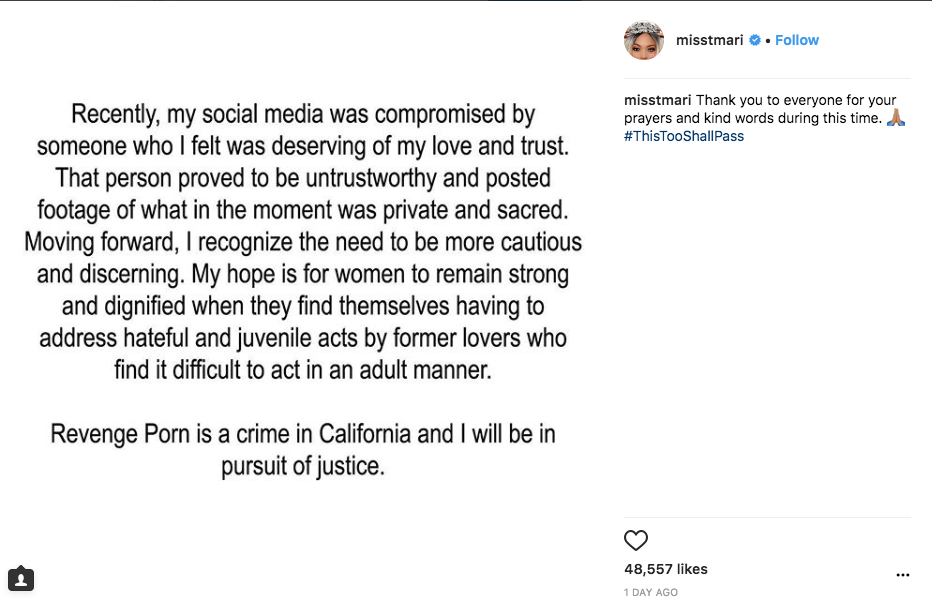 She said she believes her boyfriend, whose name is Akbar Abdul-Ahad, is the one who leaked the tape.  But she admitted that she is still actually with him!

That makes no sense at all to me, which is why I think she must have leaked the tape herself.  If she really thought her boyfriend leaked their sex tape, she would not still be dating him!

Well, apparently to make her story seem more believable, Teairra Mari – accompanied by none other than her fellow Love & Hip Hop cast mate, Milan Christopher – went to her boyfriend’s apartment and smashed the windows out his car!

Teairra’s BF, Akbar Abdul-Ahad, says he was working out at his apartment’s gym in North Hollywood Thursday when he got a call from security that a woman was smashing his G-Wagon windows outside. Sure enough he came outside and Teairra Mari was doing just that.

Teairra was using a metal rod from a bar stool, which he claims she was swinging at his passenger side window and windshield. Based on the photos obtained by TMZ, it looks like someone broke through at least one window, and was working on the other.

Akbar says Teairra Mari was accompanied by ‘L&HH’ star, Milan Christopher, and that they took off when he showed up to confront them. Akbar hasn’t filed a police report yet.

So being that Teairra Mari first said she was going to seek justice legally, then decided to just smash his car windows instead, I really don’t think this man leaked their sex tape.  I think Teairra Mari leaked it HERSELF and so she knows she can’t get justice in court.  And she just smashed his car windows to make it seem like her boyfriend really did leak the tape and she’s just so upset with him that she had to get revenge herself.

In any case, Teairra Mari is using this situation to promote herself. She posted to her Insta-story that she’s back in the studio working on new music.

And you can rest assured this will be her storyline on the next season of Love & Hip Hop Hollywood.