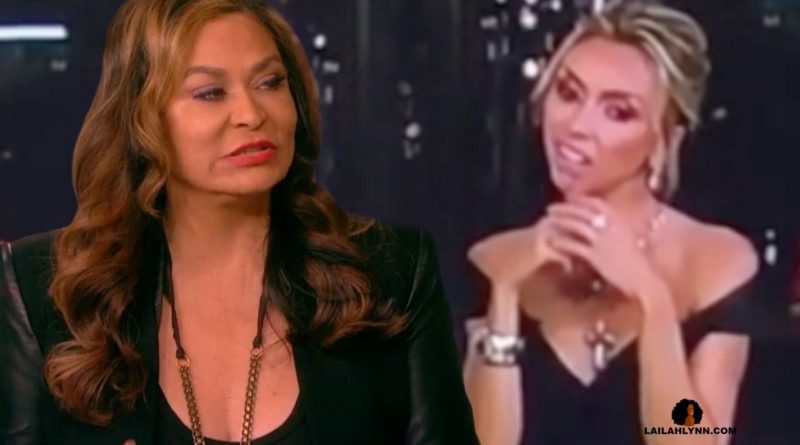 Pop Culture
May 8, 2018 lailahlynn
Share this article to start a conversation!

Last night was the 2018 Met Gala, also known as “fashion’s biggest night out”.  The Met Gala is a fundraising benefit for the Metropolitan Museum of Art in New York City.   And it also signifies the grand opening of the Costume Institute’s annual fashion exhibition. This year the theme was: “Heavenly Bodies: Fashion and the Catholic Imagination”.

We saw a lot of celebrities make some interesting fashion choices as they each interpreted the theme into their own costume.  Lena Waithe made a bold statement in a Carolina Herrera suit equipped  with a rainbow cape. 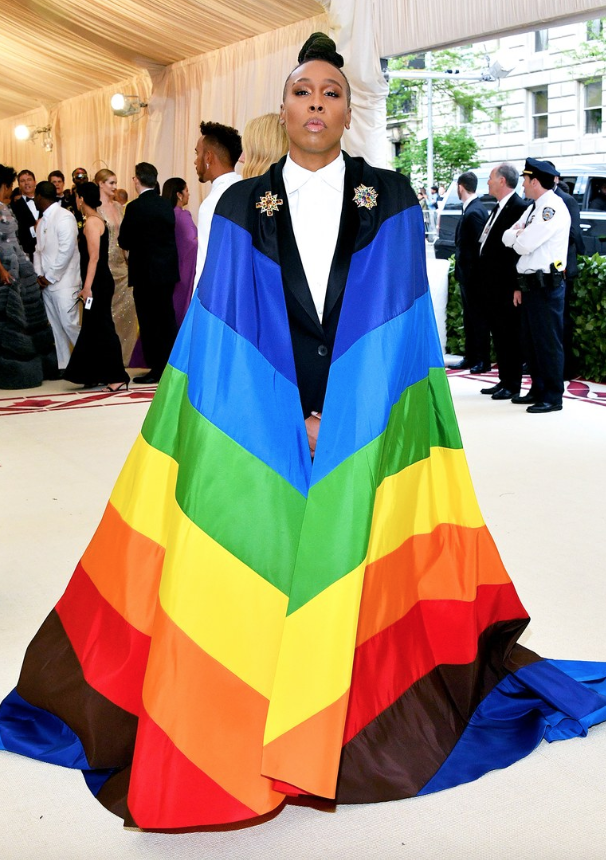 Nicki Minaj looked like quite the bad guy in an ombré Oscar de la Renta dress with a red tulle drape over her. 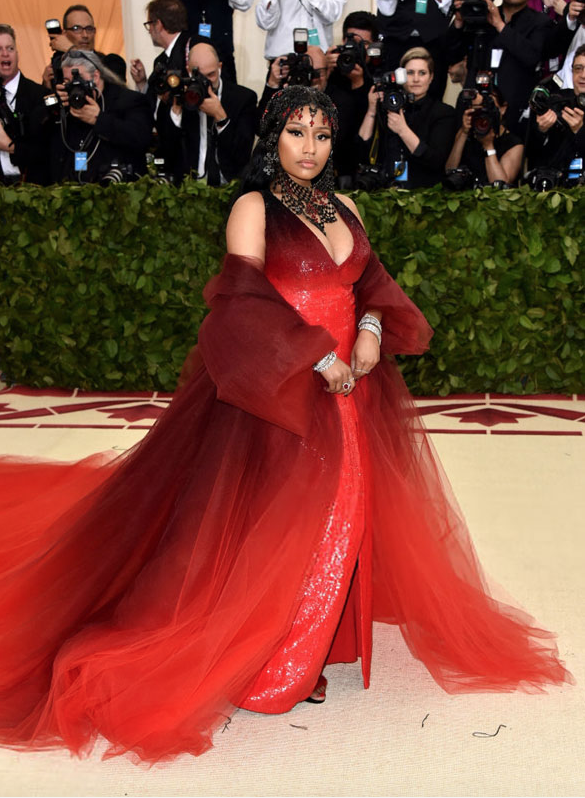 And Cardi B looked amazing in a custom embellished Moschino dress and matching headpiece. 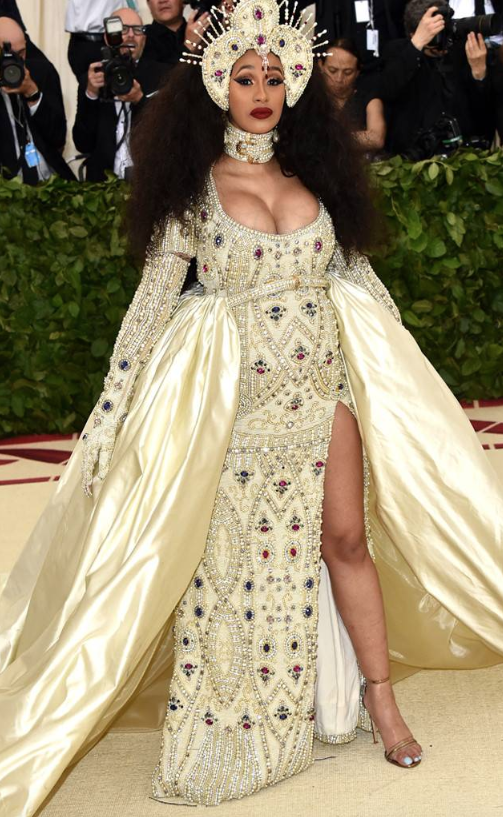 And Solange was stunning in a structural black Iris van Herpen dress with a durag and halo headpiece. 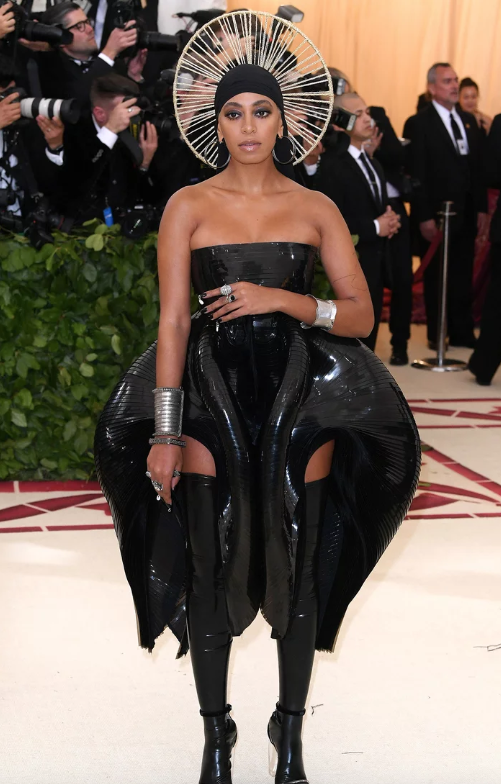 You may remember Giuliana Rancic being in the news for the inappropriate comments she made about Zendaya when Zendaya wore faux locs to the Oscars in 2015.  Giuliana commented on the show Fashion Police that Zendaya must have smelled of “patchouli” and “weed”.

Zendaya, along with thousands of other people were offended that Giuliana so casually associated a traditional Black hairstyle with “weed”.

And Zendaya even called her out for it in an open letter she posted to Instagram.  She said in part: “Someone said something about my hair at the Oscars that left me in awe. Not because I was relishing in rave outfit reviews, but because I was hit with ignorant slurs and pure disrespect.” 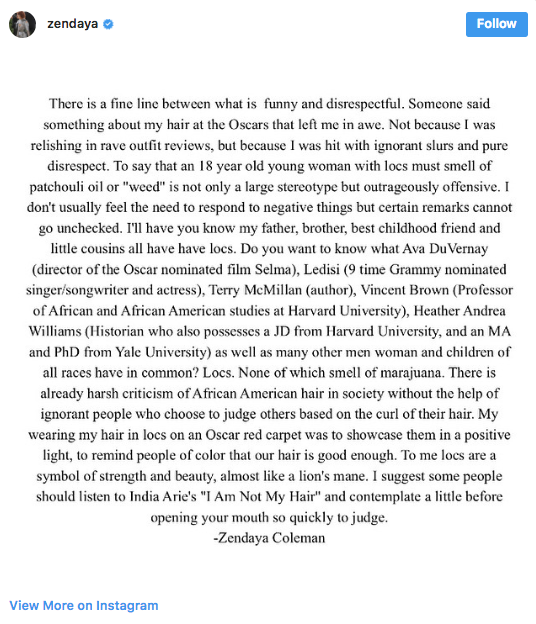 At that time, Solange also responded to the Zendaya comments and said:

Giuliana later apologized for her ignorant comment, but it looks like she still may have a problem with traditionally Black hair and headdresses.

I love this commentator Elaine Welteroth !!!

Florida Water is traditionally used for many cleansing and protection rituals.  So Solange was definitely representing for the culture last night.

But Giuliana’s face looked a mess while Elaine was explaining that.  She looked like she really wanted to say something negative. But I guess she held back because of what happened when she shared her feelings about Zendaya.

But a lot of people noticed her face, including Ms. Tina Lawson, who called her out for it.  In this repost, Ms. Tina’s original caption was allegedly

So even Ms. Tina noticed that Giuliana’s face looked like she was trying not to say something negative.

Ms. Tina later changed her caption to only acknowledge Elaine Welteroth, the former Teen Vogue editor in chief who so eloquently explained Solange’s costume.  But you can tell by the comments that people were responding to the original caption and Giuliana’s face.  Like this person who said: 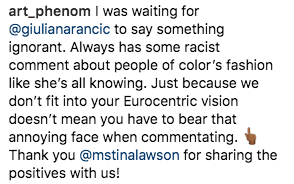 And another person who said:

Personally, I do feel like Giuliana’s face looked like she wanted to come for Solange but she was trying to hold it in. That’s my personal opinion.  But I also realize that sometimes people make ugly faces because they are just ugly. You know what I mean? Like sometimes you might think someone is making a stank face, but then you realize that their just a stank person.

Anyway, leave a comment and let me know what you think about Giulana Rancic’s face while they were discussing Solange’s durag and her Florida water.  Do you think she wanted to say something negative? Or do you think she just looks like that?