It’s been a lonnnng time since we’ve seen these two together, but Porsha Williams and Phaedra Parks reunited last night at a birthday party for #noigjeremy in Atlanta.  The birthday party had a retro theme, as you can tell by all the guests in their 70s, 80s and 90s gear.

And a lot of Atlanta celebrities were in attendance, like Tiny and LaTocha from Xscape – who sung Happy Birthday to the birthday boy.

Photographers Freddy O and Dinero The Shoota were also in attendance and they were able to get these shots of Frick & Frack – Phaedra & Porsha hanging out together. 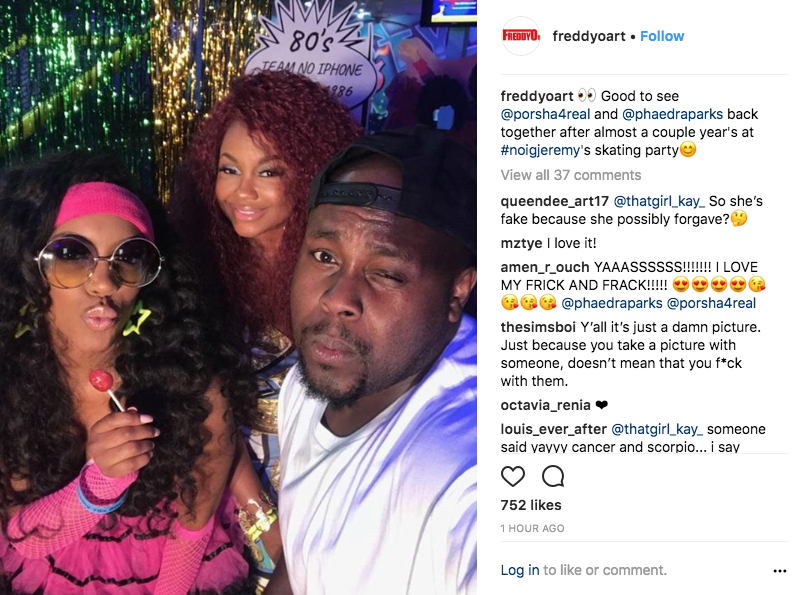 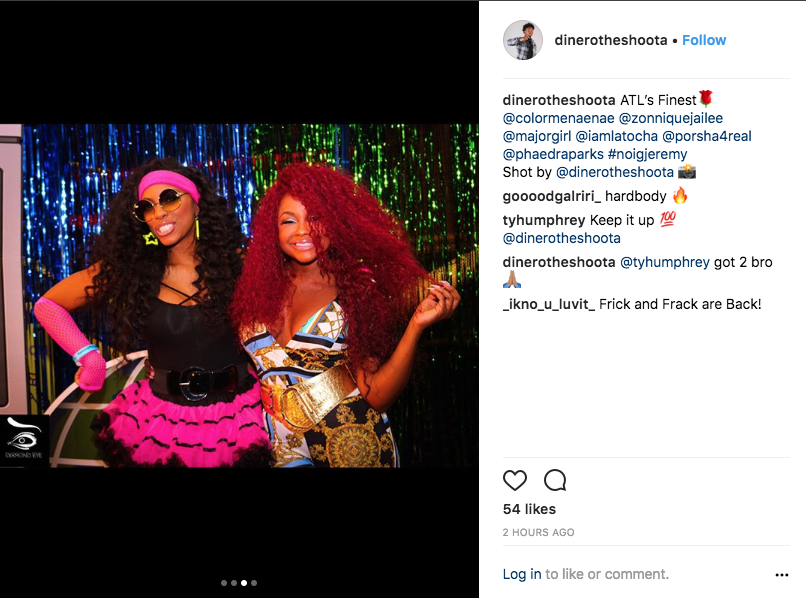 I don’t know if this means the ladies have repaired their broken friendship, but I really hope it does.  I know I’m in the minority, but I liked seeing Phaedra on the Real Housewives of Atlanta.  I liked the comedy that she brought to the show.  And until Phaedra lied on Kandi and used Porsha like a puppet, I used to really like Frick & Frack together.

What do you guys think? Do you think Frick and Frack are friends again? Do you think there’s even the tiniest shot that Phaedra could return to the Real Housewives of Atlanta? Leave a comment and let me know!