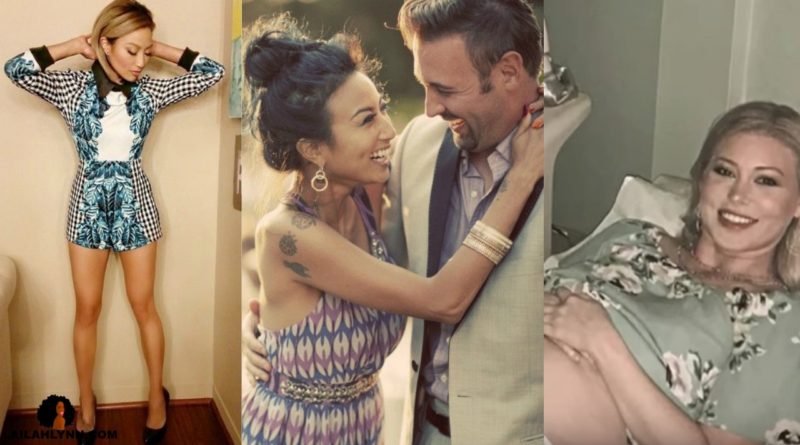 Jeannie Mai shared on Instagram today that she is going through a body transformation.  She shared that for 12 years she purposely kept her weight at exactly 103 lbs.  She says

Staying 103 came from my self control to lose “chubby” teenage weight and a stressful idea that my body was built to look best “thin”. As I’m nearing my 40s, I realize that I’ve been thru so much shit mentally and emotionally, why the hell should my body be forced to suffer (from my over controlling ways) too?

When I saw this picture and this caption with her talking about her being overlu controlling, I immediately thought maybe the reason she didn’t want to have a baby with her former husband, Freddy Harteis, was because she didn’t want to mess up her body.  Her keeping her weight at exactly 103 lbs is a sign to me that she had body image issues.

If she purposely stayed at a very specific weight for 12 years, that shows that her body and her weight is very important to her – and maybe it was even more important than having a child.  I know that sounds selfish, but hear me out.

When Jeannie Mai first talked about why she didn’t want to have kids on  The Real, she did say that it had to do with her control issues and with her being a selfish person.  Take a look:

In the clip she says “I’m admitting that I’m a selfish person. I enjoy time with my husband and time for myself.”  At that time it sounds like Jeannie was just beginning to open up and admit that she was selfish.  So, to me, it sounds like she told half the story in that conversation on The Real when she admitted she is selfish.  And now she is telling us the other half of the story on Instagram, when she admits that she is also overly controlling about her body and her weight.  So I think that’s why she didn’t want to have a baby.

But I also wonder if seeing another woman carry her ex-husband’s baby is what made Jeannie decide to stop being overly controlling of her weight and allow herself to gain a few pounds.  In her caption she says that her weight gain journey started 3 months ago.  And if you keep up with her ex-husband you know that he recently announced that his new girlfriend is 4 months pregnant.

So it sounds like Jeannie might have decided to stop forcing herself to be thin, when she found out another woman was carrying her ex-husband’s baby.  In the caption she posted:

So 3 months ago I started a new eating plan and training program and gained 17 lbs. I don’t have a weight goal..just a promise to be as physically Strong as I am mentally Indestructable 🙌🏼 So far I’m 3 months of eating more, (clean protein and saying Yes to carbs!!), lifting heavy weights (best therapy ever!!) and truly loving all of Me. Not sure where I’m headed but I know I’m gonna look the best I’ve ever looked because Im spending quality time on ME.

I think it’s more than a coincidence that Jeannie decided to stop being so overly concerned about her weight when she found out another woman was carrying her ex-husband’s child.

These are mai thoughts! Let me know what you think in the comments! Do you think Jeannie Mai didn’t want to get pregnant because she was selfish and didn’t want to mess up her body? Leave a comment and let me know!