R. Kelly’s upcoming performance at the University of Illinois at Chicago Pavillion has been canceled after more than 1,300 students and staff at the University signed a petition to prevent him from performing at the college. 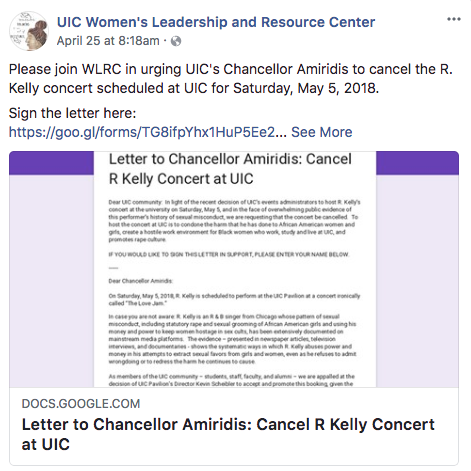 The petition reads in part: 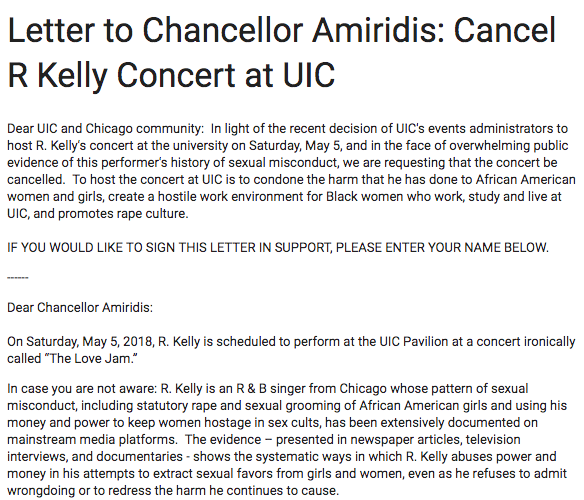 The petition garnered signatures from more than 1,300 students and staff at the University and R. Kelly’s performance was cancelled. 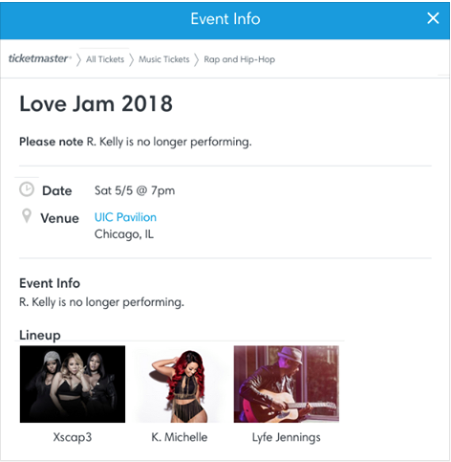 The performance, originally scheduled for May 5 as part of the 2018 “Pre-Mother’s Day Love Jam,” would have been R Kelly’s first hometown concert since the BuzzFeed News report last July alleged he has kept women in his Chicago and Atlanta homes, controlling “every aspect of their lives” in a sexually abusive “cult.” 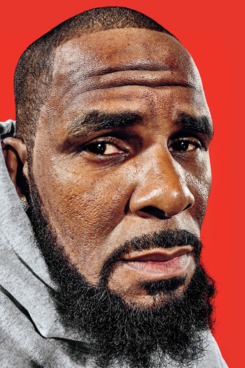 R. Kelly claims he is not aware why his concerts have been cancelled, which could possibly be true since it has long be rumored that he is barely literate.  But hopefully someone on his team will explain the petition to him and the subsequent show cancellation.

R. Kelly was also recently accused of infecting a woman with an STD after grooming her for his sex cult. And as calls for his label RCA to drop R. Kelly remain unanswered, radio host Tom Joyner agreed last week to stop supporting the singer’s music on his popular morning show.

Leave a comment and let me know what you think about R. Kelly’s apology!