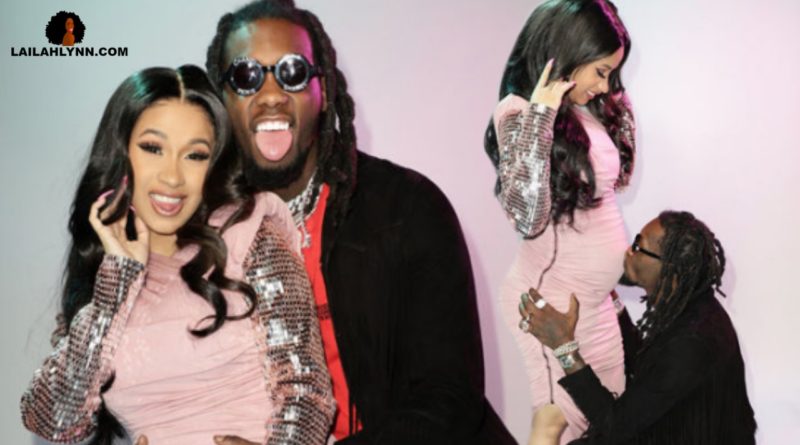 Uncategorized
April 27, 2018 lailahlynn
Share this article to start a conversation!

I did a poll on my channel and apparently most of you guys are not aware of the tea that Cardi B and Offset are already married.  So here it is…

I have been watching Cardi B and Offset real close ever since he proposed to her last Fall and it became obvious to me, and to most of the world, that she was pregnant.

And I think Cardi B and Offset have actually already tied the knot legally, but are just waiting for the best time to have an elaborate wedding.  These two, in my opinion, are definitely already married – and are probably just waiting until after Cardi has the baby, to have a big wedding.

I actually think Offset may have proposed because Cardi B was pregnant. And being that he probably proposed to her because she was already pregnant, it makes since that they would get married before she has the baby.

Cardi B has shared before that she is a religious person, so it makes sense that she would want to get married before having a baby.  And I know a lot of people judge Cardi B because she used to be a stripper.  But HONESTLY, just because someone used to dance for money, doesn’t mean they’re not religious.  And Cardi B has shared before that she is Catholic – which is another reason why I think they once they found out Cardi was pregnant they went ahead and tied the knot.

There have also been TWO sets of leaked text messages where Offset and Cardi refer to each other as husband and wife. Yes, TWO sets. I’ll get into those text messages in a minute, but let’s start with Cardi B’s pregnancy.

According to sources Cardi B is due to have her baby the first week of July.  Those sources are people in Cardi B’s camp who leaked information to TMZ confirming that Cardi B was pregnant before Cardi B confirmed it herself. And this is likely part of the reason Cardi named her album “Invasion of Privacy.”  Because her private information, like her baby’s due date, has been leaked to the public and her privacy has definitely been invaded.

Using a pregnancy calculator, if you input July 3rd – the middle of the first week of July – as her due date, then you can see that she likely conceived her baby around October 5 – 10, 2017.  And you can see those dates right here. 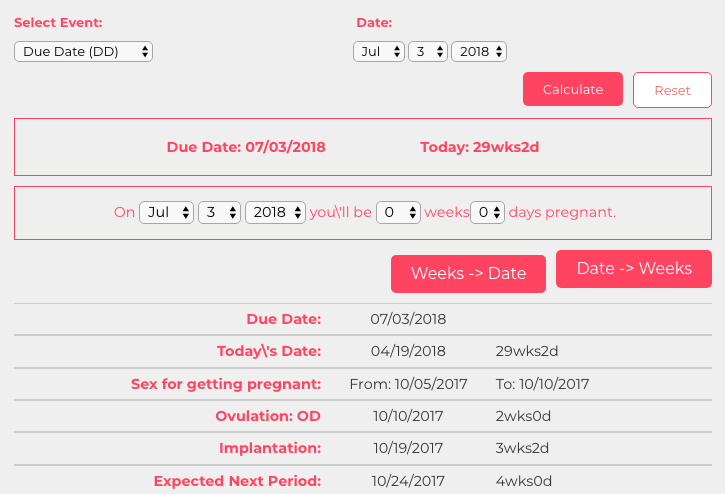 Based on Cardi’s due date, she would likely have been expecting her next period on or around October 24, 2017.  That date, October 24, 2017, is really important because it’s after that date that she would have been able to take a pregnancy test and actually confirm that she’s pregnant.

In fact, if you use a pregnancy calculator to determine what day to test for pregnancy for the most accurate results, it shows that based on Cardi B’s likely conception date, she would like show positive on a pregnancy test on October 25, 2017. You can see that right here:

Alright, so if Offset proposed to Cardi because she was pregnant, then it’s likely because they planned to get married before the baby comes.

Now, Cardi B has already said in interviews that they have been too busy to plan a wedding.  She said that in the Breakfast Club interview, and she’s said that in other interviews as well.  But I notice whenever she mentions it, she always says they are too busy to plan a “wedding”, not too busy to get married.  There’s a big difference between getting married and having a wedding.  Getting married at the Justice of the Peace literally takes just a few minutes – and that’s exactly what I think they did.

And I think that’s why Cardi B referred to herself as Offset’s wife when it was exposed that he cheated on her.

If you remember, when Cardi B addressed Offset’s cheating on stage she said, “You do that again, you gonna lose your wife.”  Not your girlfriend, but your WIFE.  I don’t think she was just repeating Beyonce’s infamous words when she said that. I think she actually meant every word and that she already is Offset’s wife.

And, in case you missed it, when Cardi B and Offset text messages got leaked, Offset was referring to himself as Cardi’s husband in the messages. One of the very first lines of the first leaked message said “He so relevant to my relationship u have to cut some people off for the love of your husband.”  Not your boyfriend, but your husband.

And now, more leaked text messages have become public where Offset again refers to Cardi B as his wife in private conversations.  Cardi B just had a lawsuit filed against her by her former manager, Shaft.  In leaked text messages between Offset and Shaft, Offset calls Cardi B his WIFE, in capital letters.

So, to recap
That’s why I definitely think they are already married and just waiting until after the baby comes to plan a big wedding.
Leave a comment and let me know what you think!