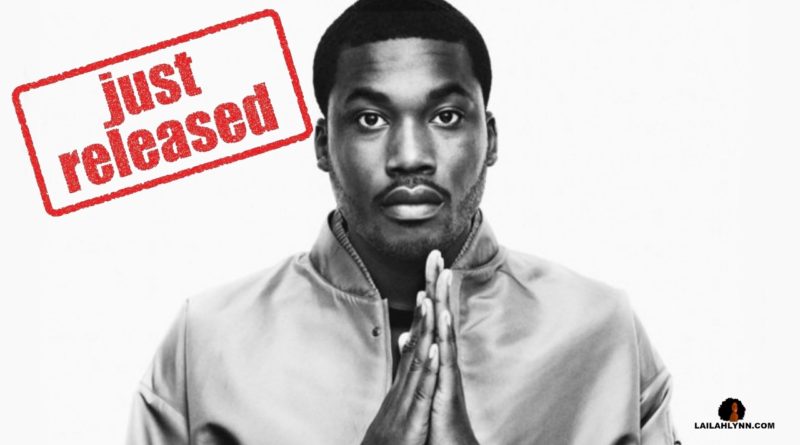 Meek Mill is a free man now!!! Kevin Hart just posted that he just left from seeing Meek Mill in jail with the co-owner of the Philadelphia 76ers Michael Grubin. 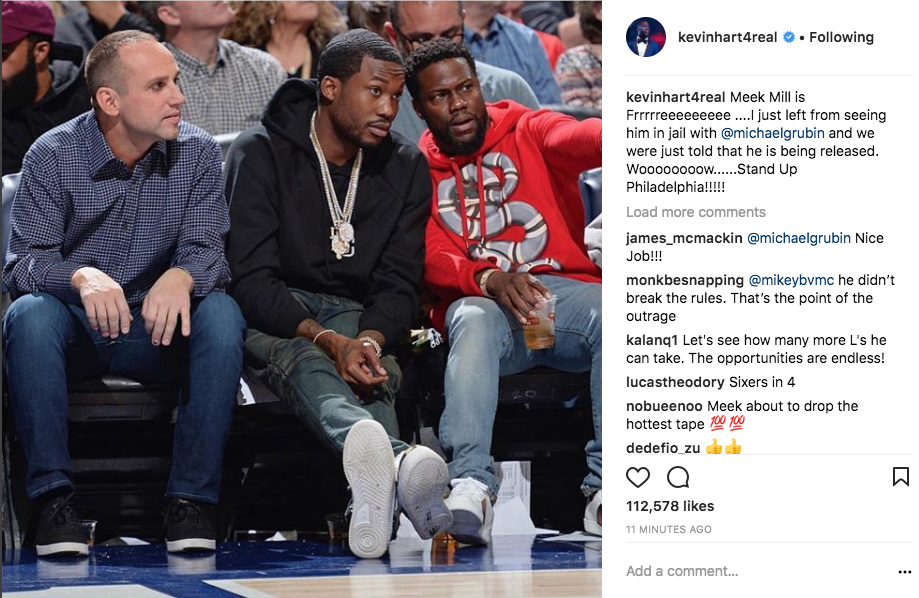 And Michael Grubin posted on his page that he was actually on his way back to the jail to pick up Meek Mill! 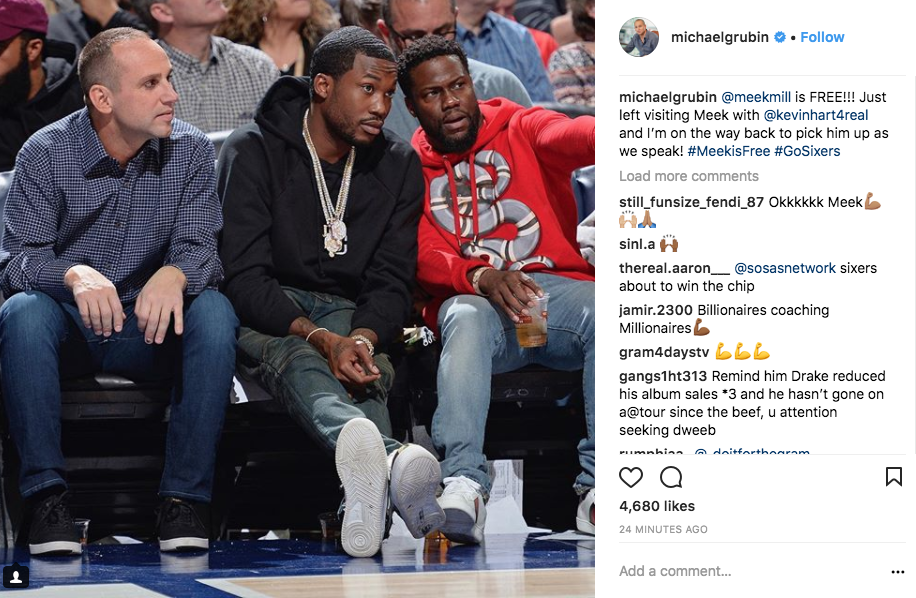 TMZ reports that the Supreme Court of Pennsylvane made the decision, overruling Judge Genece Brinkley. Judge Brinkley was severely criticized for what some say was holding a grudge against Meek and keeping him in prison, despite prosecutors asking that his conviction be overturned because of a dirty cop.

Judge Brinkley denied Meek bail last week after prosecutors asked her to toss the conviction, denied his bail request and set a hearing for 60 days. Many found that outrageous, and that apparently includes justices of the Pennsylvania Supreme Court.

“I’d like to thank God, my family, my friends, my attorneys, my team at Roc Nation including JAY-Z, Desiree Perez, my good friend Michael Rubin, my fans, The Pennsylvania Supreme Court and all my public advocates for their love, support and encouragement during this difficult time.”

“While the past five months have been a nightmare, the prayers, visits, calls, letters and rallies have helped me stay positive.”

“To the Philadelphia District Attorney’s office, I’m grateful for your commitment to justice – not only for my case, but for others that have been wrongfully jailed due to police misconduct. Although I’m blessed to have the resources to fight this unjust situation, I understand that many people of color across the country don’t have that luxury and I plan to use my platform to shine a light on those issues. In the meantime, I plan to work closely with my legal team to overturn this unwarranted conviction and look forward to reuniting with my family and resuming my music career.”