Keri Hilson got some people in their feelings on Twitter this morning when she tweeted she was only trying to date White men right now! 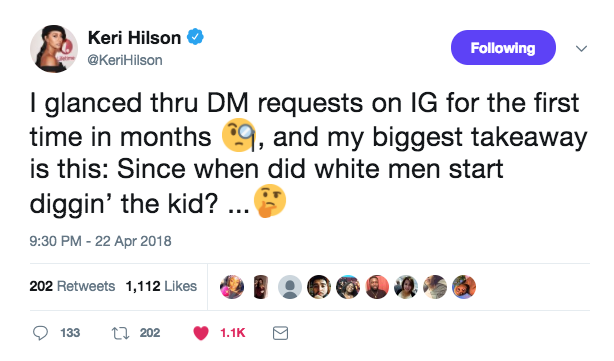 And she got some mixed responses.  Some white guys where feeling what she said and were complimenting her like this guy who said… 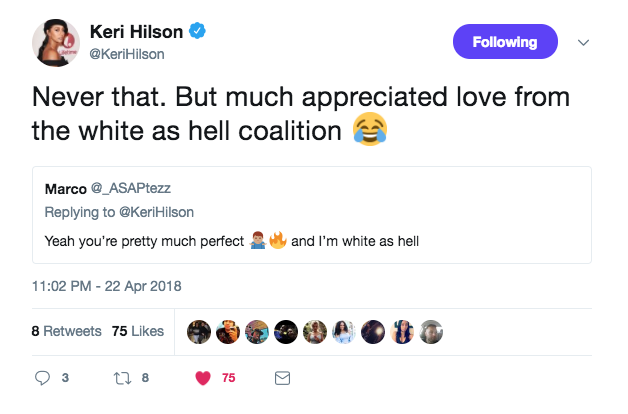 And this person who said… 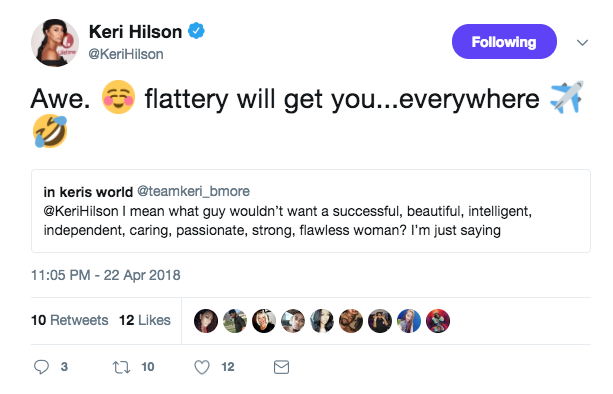 But she also got some responses telling her exactly when White men starting liking Black women, like this person who said…

And other people urged her to “stay on this side.”

But the drama came when a Black guy tried to holler at her and she told him she was only talking to White boys right now.  They guy said… 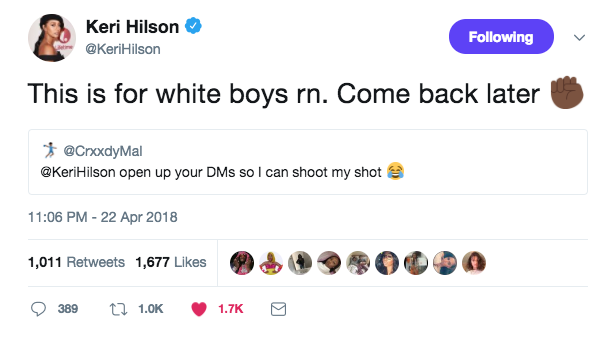 “This for white boys rn” pic.twitter.com/bjBqzDD5i1

She tried to keep it light and told a person who said they were astonished by the Twitter thread, to hide their White me. 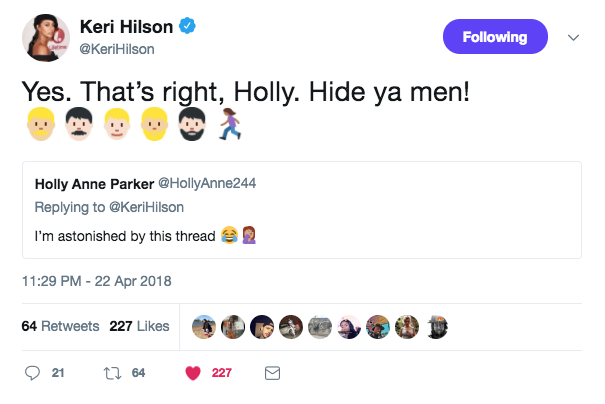 But the jokes about her being in the “sunken place” got a little too real for her and she had to clarify that it was just a joke! 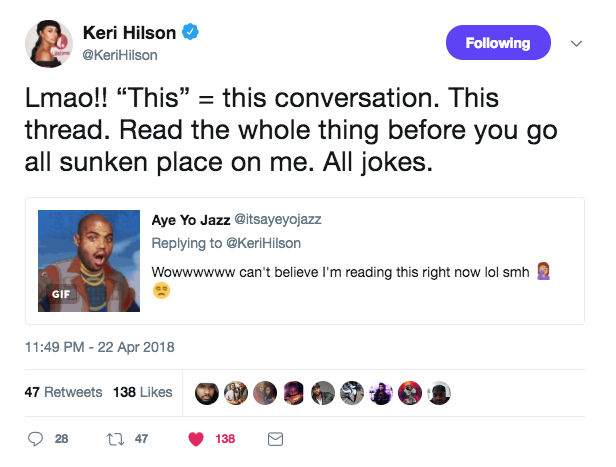 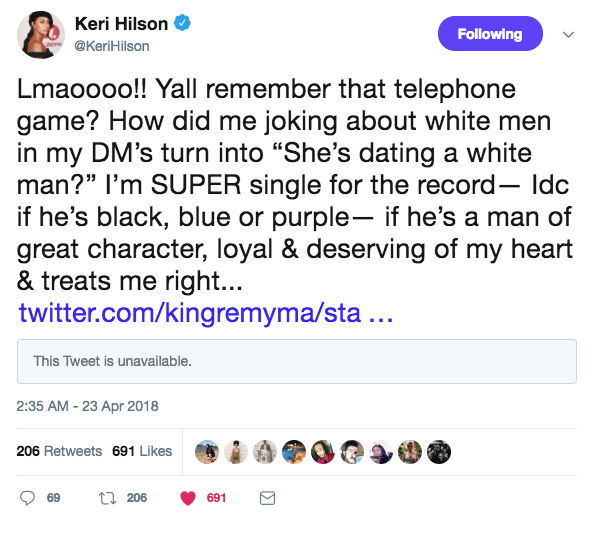 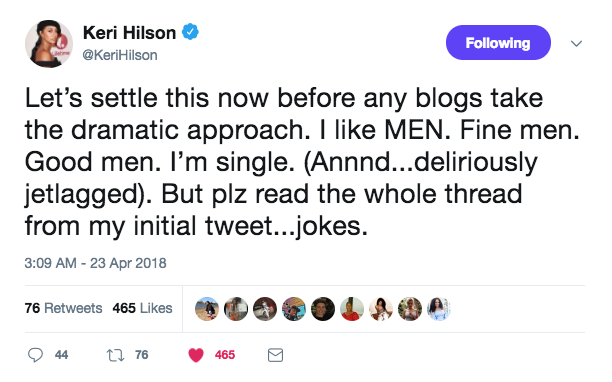 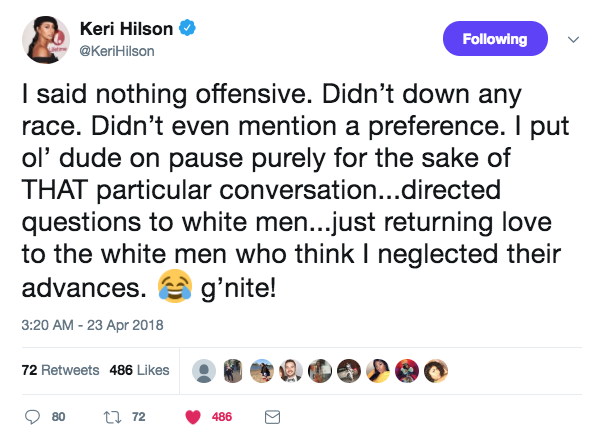 Keri’s Twitter thread got posted to The Shade Room and relationship guru Derrick Jaxson let her know what he thought about her comment. 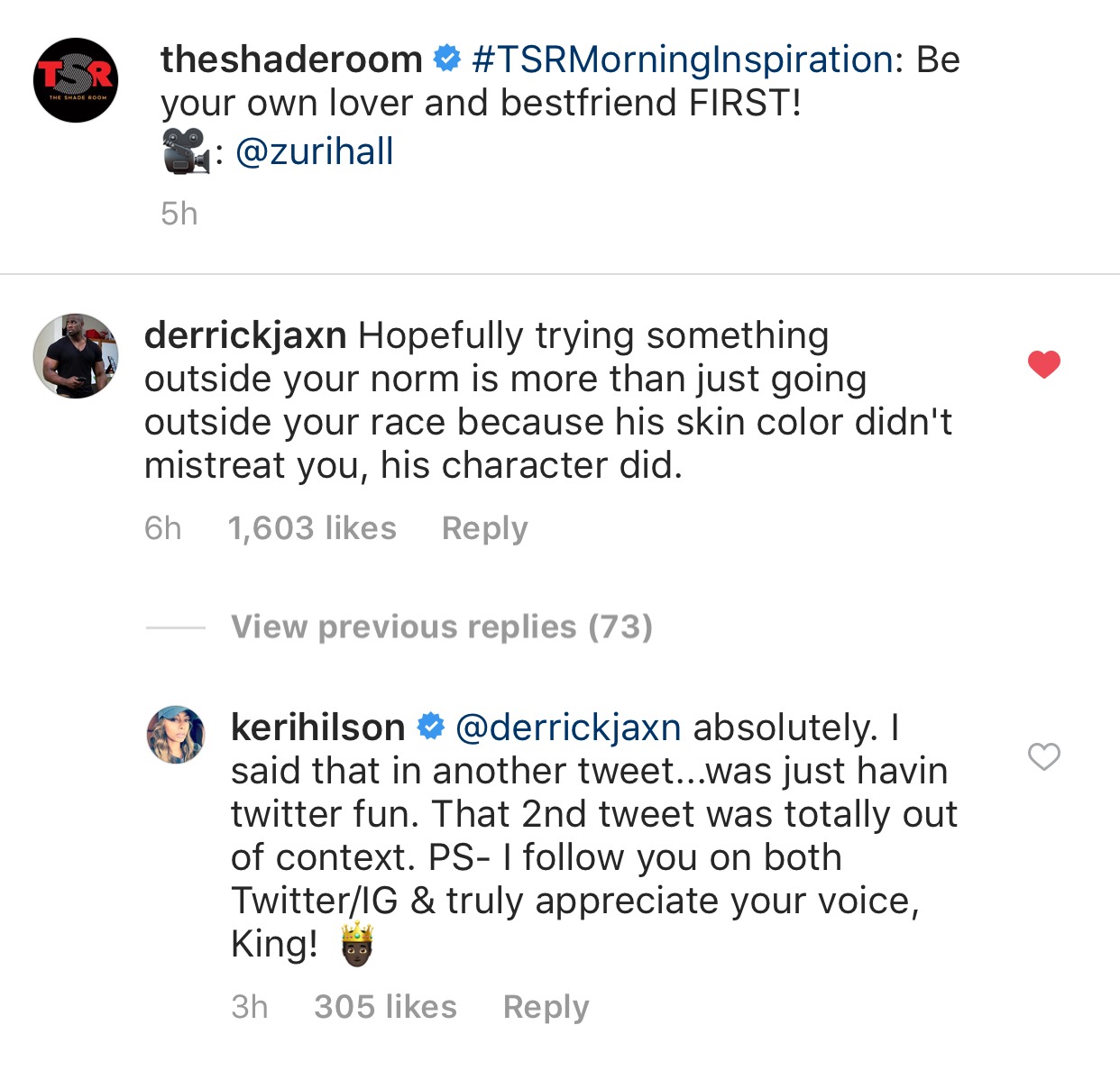 Do y’all think it was rude for Keri to specifically tell the Black guy on Twitter to “come back later, this is for White boys”? Even if she was joking, was calling him out because of his race rude? Leave a comment and let me know what you think.