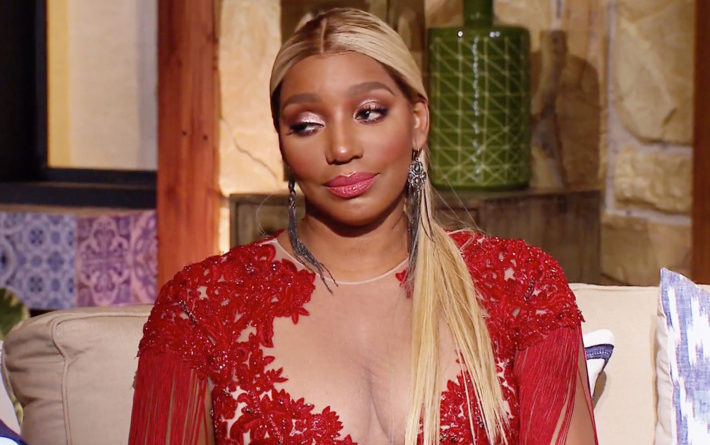 The last 30 seconds of the Real Housewives of Atlanta Reunion told me everything I need to know about Ms. Kim “I’m not racist” Zolciak.  Nene tweeted telling people NOT to miss the last 30 seconds, and I actually thought the last 30 seconds would be an epic argument between Nene Leakes and Kim Zolciak.  The rumor was that Kim had walked off the stage of the RHOA reunion and vowed never to come back.

But the last few minutes of the show gave us something better than an argument.  It gave us a peek into what people who claim NOT to be racists, say behind closed doors.  In the last few minutes we saw Kim Zolciak request to speak to Andy Cohen to scold him for not asking her any positive questions on the reunion.   Andy flat out told her that that was because she didn’t film anything positive the whole season.  Her whole storyline was negativity.

You know why you haven’t found another white woman to sit on that couch, because nobody is dumb enough to do it!

Now, for someone who claims NOT to be racist.  That comment sure sounds racist!

Then she told Andy

put yourself in my shoes, five African-American women just hammering…”

Now I don’t know what the color of the other Housewives skin has to do with this, but Kim sure sounds racist for her NOT to be racist!

Since when has racism not been real?!?!

Leave a comment and let me know how you felt hearing Kim say all that she said about racism and the “five African-American women that were hammering her.”

BTW, her comment about Bravo not being able to find another white woman to take her spot may have a bit of truth to it.  I have heard that Bravo does want another White woman on the show for Season 11.  I even reached out to the person that I heard they want as a friend to the show, but that person said they are not doing it!