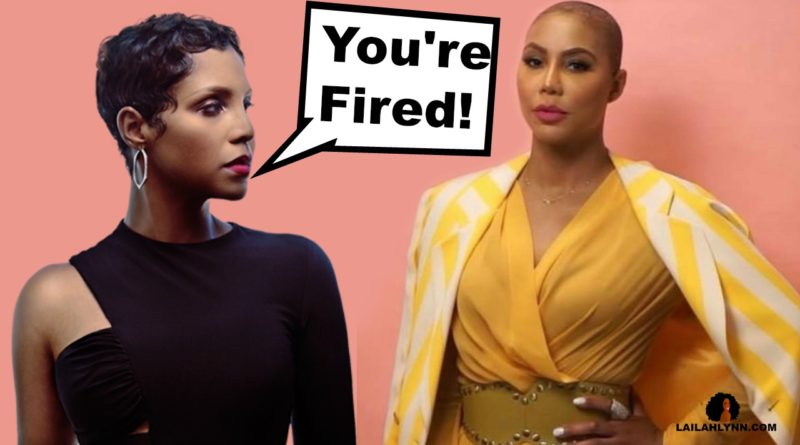 I’m sad to report today that Toni Braxton has dropped her little sister, Tamar, from her tour, and it’s all due to Tamar’s “divorce” drama with Vincent.

If you recall, when Traci Braxton was dropped from the Braxton Family Tour, it was reported it was due to Traci and Tamar clashing over things that Traci has said about Vince.  I didn’t necessarily believe that was the reason, and I thought maybe it was Traci’s own decision not to participate.  But it is STILL being reported that Traci was kicked off the tour because of the Tamar & Vince drama, and now Tamar’s divorce drama has caused Toni to kick Tamar off the tour as well.

Toni Braxton is now hitting the road without either of her sisters after 86’ing Tamar from the upcoming family tour.

The tour was supposed to feature three of the Braxtons … Toni along with Tamar and Traci as her opening acts. That didn’t last long. TMZ broke the story, Traci got the axe last month after she sparred with Tamar over her estranged husband, Vince Herbert.

TMZ is now told promoters also don’t want to deal with Tamar’s divorce drama — so they dropped her from the tour, too. Important to note, Vince is still Tamar’s manager.

As of now, there’s no replacement yet to open for Toni. The tour will kick off May 22.

Yes, you heard that correctly, Vince is STILL Tamar’s manager, despite her saying on Tamar & Vince last season that she was getting a new manager in order to save her relationship.  BTW, her filing for divorce was also actually to save her relationship.  People close to Tamar are saying that she never actually wanted to divorce Vince, instead she wanted the divorce filing to “scare” him into straightening up once he realized that he could lose his wife.

She also said on her appearance on the Steve Harvey show yesterday that she believes that separation, as in living apart, can sometimes bring married couples back together.  I don’t know if that’s working for her and Vince though, because like I reported yesterday, her and Vince argued so bad at her condo Tuesday night that the condo security banned Vince from the building!!

So it looks like Tamar & Vince’s drama is really coming to a head right now.  And it’s driving a wedge between her and her sisters to the point where they can’t even do what they do best together, and that’s sing.  They grew up singing together in church, that’s the foundation of what the Braxton sisters do! That is their calling.  And now they can’t even do that together because of the drama between Tamar & Vince.

This is really sad to watch.

Leave a comment and let me know, are you surprised that Toni kicked Tamar off the tour? And do you think the sisters will ever get their sisterly bond back after everything that’s going on between them?