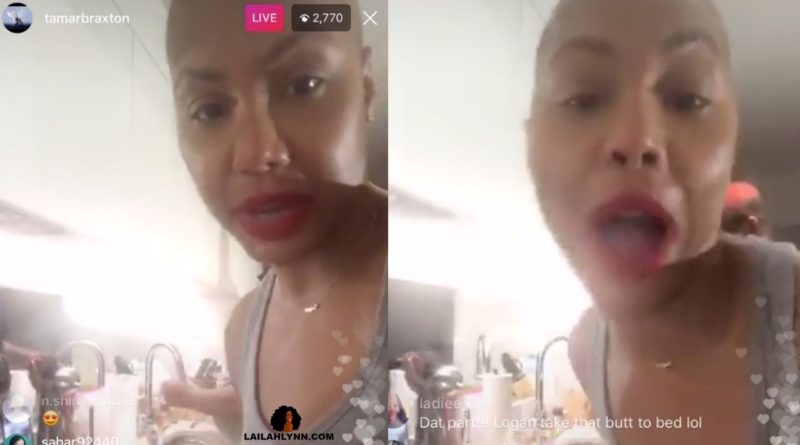 If you follow Tamar Braxton on social media then you may have noticed that for the last few nights she has been going live cooking with her friend James Wright Chanel.  If you don’t know who James Wright Chanel is, he is the #PattyPiesGuy who went viral talking about Patti LaBelle’s pies a few years ago.  And he is also a hairdresser and good friend to Tamar Braxton.

So Tamar and James have been going live for the past few nights cooking.  The first night they cooked fried fish with spaghetti on the side, and the next night they fried some crabs.  Of course when Tamar is in front of a camera she is very entertaining and she also spills the tea.  So I just want to bring you the tea she spilled in case you didn’t catch it.

First of all, on the first night that she went live she had on a hat that said STEVE, as in Steve Harvey.  It’s a little bit hard to make out because of the lighting, but the hat is definitely the logo from Steve Harvey’s talk show, Steve.  And I think she’s wearing it on purpose to let us know, that this little cooking show she’s doing with James Wright Chanel, could be a Steve Harvey Production!

If you recall, Tamar does have a production deal with Steve Harvey, and he’s supposed to be helping her develop her own talk show.  It looks like Tamar may want that talk show to be a cooking type talk show, kinda like The Chew, since she loves to cook.

I remember when she was on The Real, her favorite segments seem to be the cooking segments, that I don’t think they even do anymore! Or they rarely do them now that she’s gone.

But anyway, I think a cooking talk show would be perfect for Tamar and I think she’s hinting that that’s the type of show she wants to do by going live cooking with James Wright Chanel and wearing the Steve Harvey hat.

Clearly, I’m not the only one who thinks that.  Last night while she was on live, someone actually asks her if she was going to do a cooking show with James Wright Chanel.  Check out her response:

OK, so she basically said she can’t answer the question of whether or not she’ll be doing a cooking talk show with James Wright Chanel because she is trying to hold her tongue.  Butttttt, being the eagle eyed person that I am, I already saw her address the problems that she was having with her Steve Harvey production deal on Instagram.

A few weeks back, right before she appeared as a guest panelist on Steve Harvey’s talk show, she posted this on Instagram: 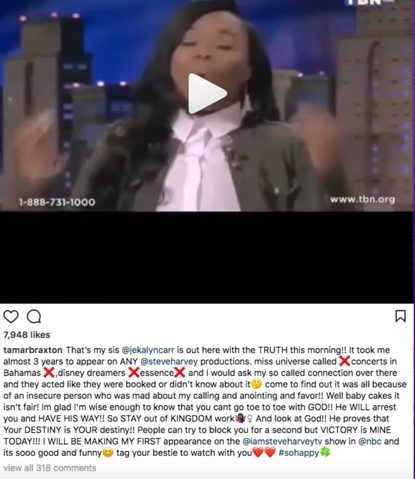 So she clearly says in the caption that someone who worked for Steve Harvey was trying to block her from working with him!  I did a video on that whole situation then, but it looks like it must have really been an issue because later she changed the caption and deleted all that she has said about Steve Harvey’s employee.  If you look at the caption now it just says: 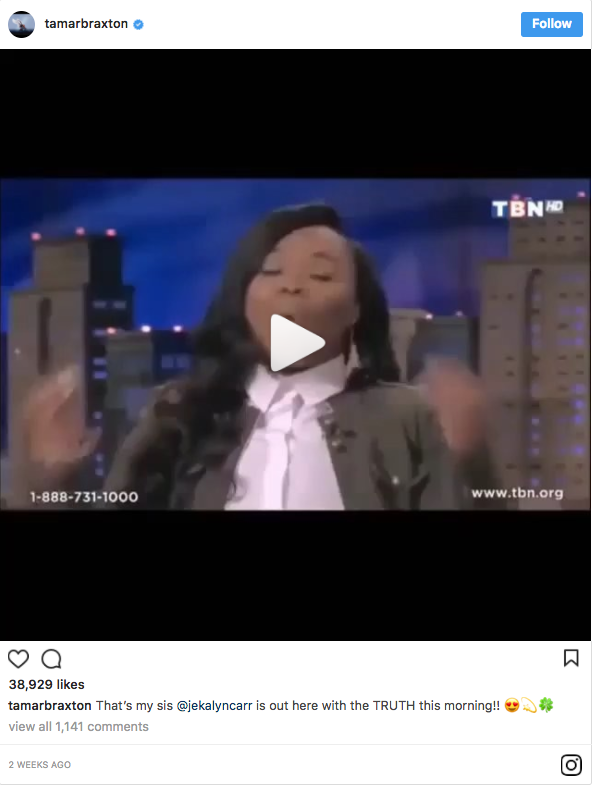 …with no mention of the Steve Harvey employee who was blocking her.  Well from the hat, to the refusing to answer the question about why she doesn’t do a cooking show with James Wright Chanel, I think it’s clear that that’s exactly what she was TRYING to do, and it was/is being blocked.

What do you think? Would you tune into a Tamar Braxton cooking show with James Wright Chanel?