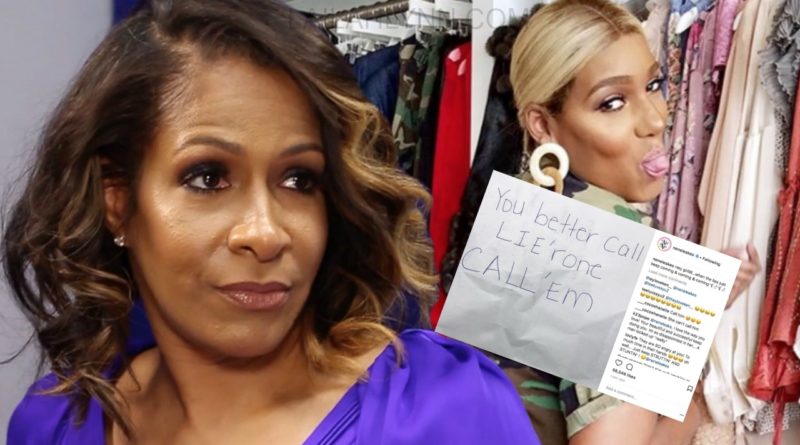 In case you missed it, Nene Leakes and Sheree Whitfield (and Kim Zolciak) have been going back and forth on Twitter ever since news broke Monday that Sheree’s prison bae, Tyrone Gilliams, appeal was denied and he will be spending four MORE years in prison.

Tyrone Gilliams was sentenced in 2013 to a ten-year sentence for an elaborate Ponzi scheme that cost investors about $5 million. He was attempting to get his sentence shortened, according to federal documents procured by Radar Online, (and that I was also sent a copy of by my anonymous source) arguing that he wasn’t the “leader” in his scheme, the government “improperly withheld” evidence, and his counsel had been “ineffective.”

But a New York federal court judge recently rejected his arguments, saying he offered no new evidence.  He is set to be released November 14, 2022, more than four years away. He is at a prison in Yazoo City, Miss., which takes more than six hours to get to from Atlanta.

After news broke that Tyrone Gilliams will not be joining Sheree in Chateau Sheree anytime soon, Nene took to Twitter to gloat. 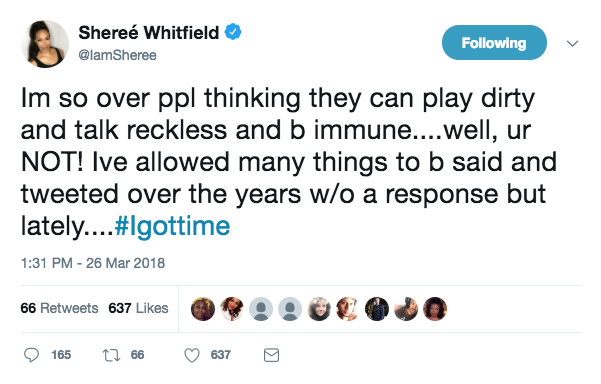 Which may have been a reference to the shade that Wendy Williams threw at her and Tyrone on her show.  But then Nene tweeted: 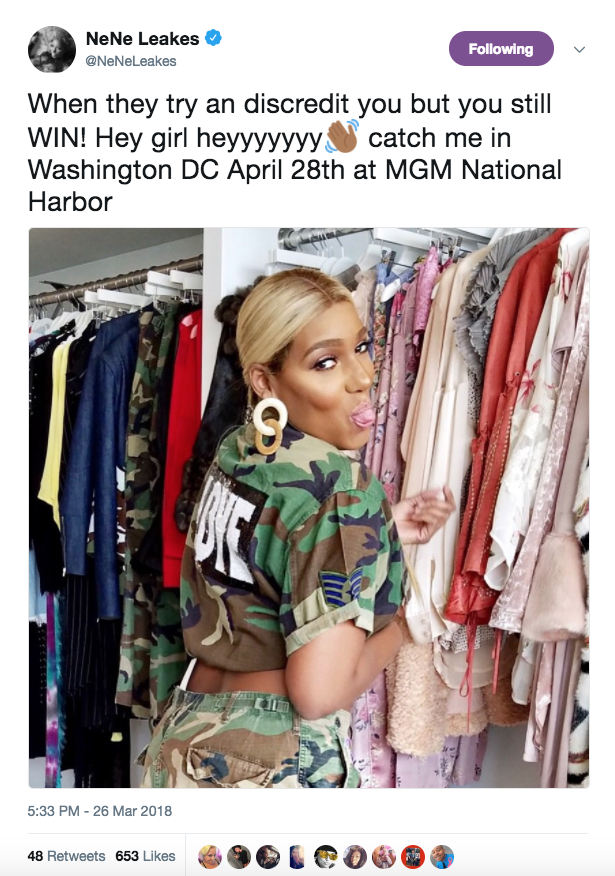 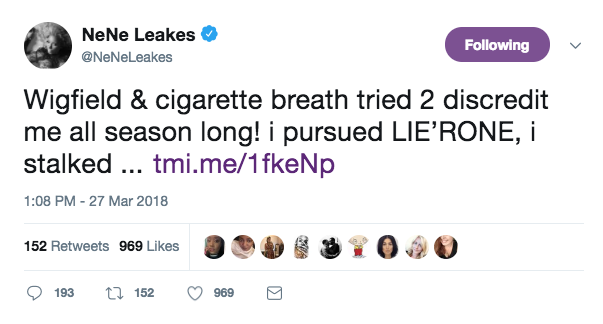 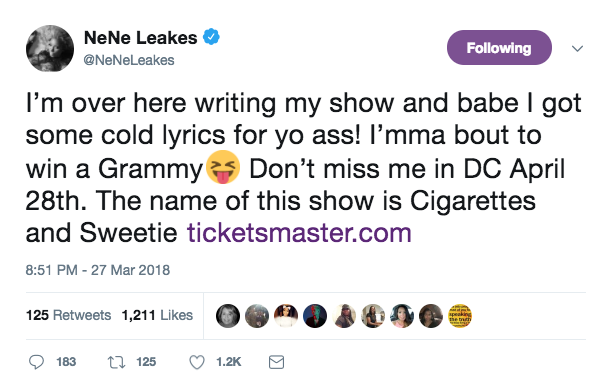 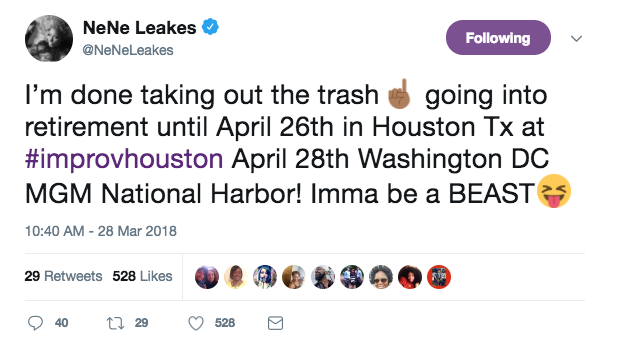 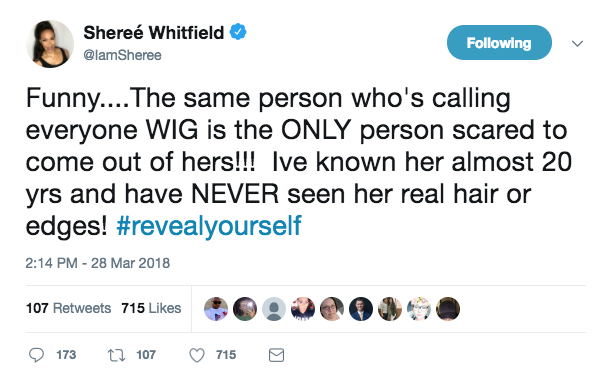 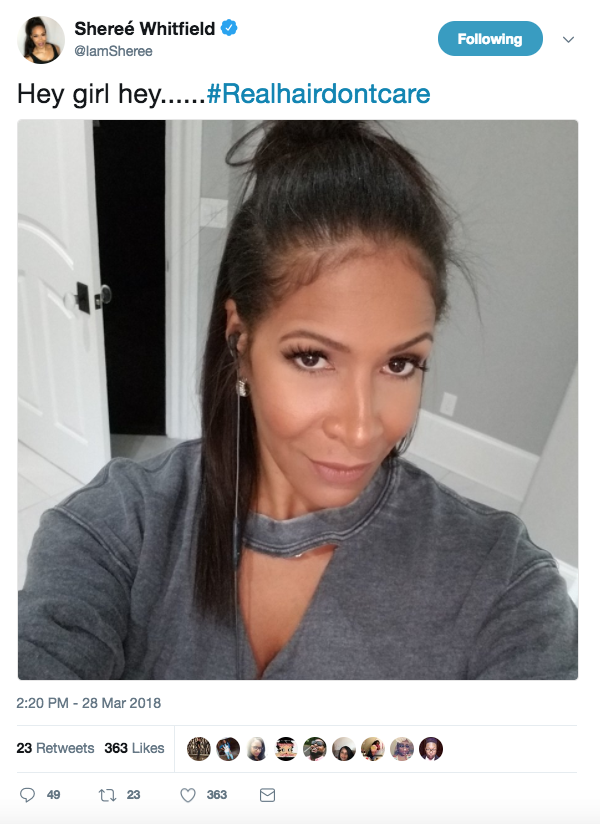 But Sheree’s response was apparently a little too late because Nene Leakes had already fallen asleep! Nene tweeted: 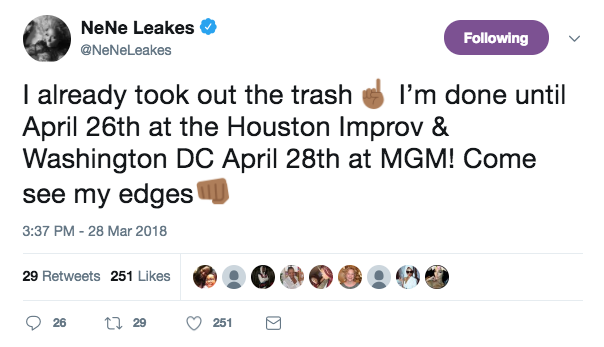 I wonder if Sheree is going to pull up on Nene at her show, like Shekinah pulled up on Khia.  Leave a comment and let me know what you think!