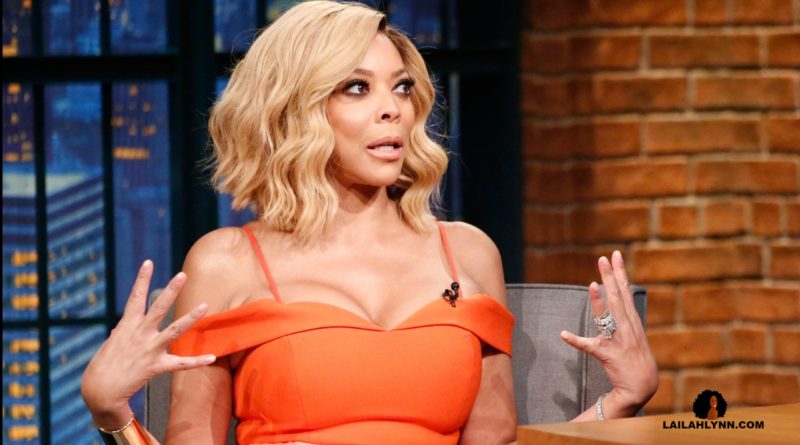 So a few days ago I did a video on Wendy Williams finally returning to her daytime talk show after being gone for three weeks.  On her comeback episode she had Dr. Oz as a guest and discussed how she has Graves disease in addition to a thyroid disorder.  And between skipping doctors appointments and not getting the nutrients she needed in her diet, she literally almost killed herself!

Well, I noticed some of you commented on my video and on forums that Wendy’s 24 year old breast implants may be the cause of her Graves disease!

On page 501 of their publication, they explicitly state that women with silicone breast implants:

There is also an official government report  titled  Graves Disease Following Breast Implantation that discusses this issue.  So again, this is not just speculation and hearsay going on.  Medical research has linked Graves disease to breast implants, and it’s very possible that Wendy Williams 24 year old silicone breast implants may be the cause of her Graves disease.

Wendy has shared on her talk show that she got breast implants 14 years ago, in 1994 to be exact, and has not had them replaced since.

I’ve never even considered getting breast implants, and even I know that you have to get them replaced every certain number of years.  You can’t just get them and keep them in forever.  But Wendy has reportedly refused to replace them and in this clip from The Wendy Williams Show from 2014 that you’re about to see she admits to still having her original breast implants (that she got in 1994) and celebrates having them 20 years!

So, why hasn’t she removed her implants?  Do ya’ll think she’s that attached to her implants that she refuses to remove them despite the health problems she’s having?

One thought on “Wendy Williams Breast Implants Are 24 YEARS OLD!! And May Be The Cause Of Her Graves Disease”