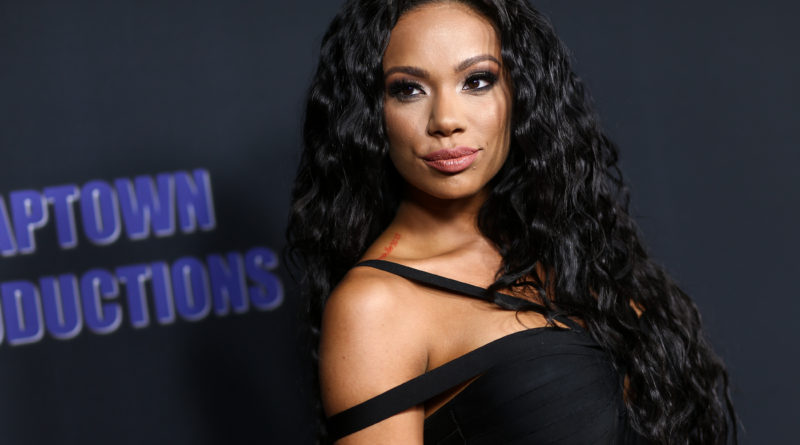 Despite what she tweeted, not only is Erica Mena back on Monday night TV on Love and Hip Hop Atlanta, she’ll also be a “special guest” on the Desus and Mero podcast.

Desus and Mero  host the show Bodega Boys, which now appears on Viceland TV.  On their podcast they discussed DJ Envy and his wife Casey’s interview on The Real, where Gia had explained how she got past DJ Envy cheating on her.  When DJ Envy and Gia discussed the cheating scandal they never mentioned they name of Envy’s mistress.  But it turns out, it was Erica Mena!

And now Erica Mena is set to appear on their podcast! 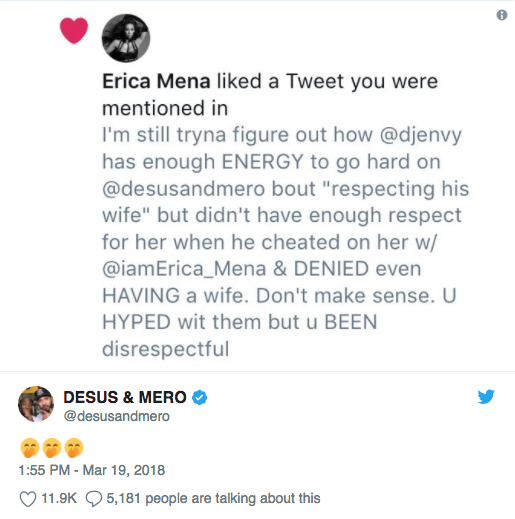 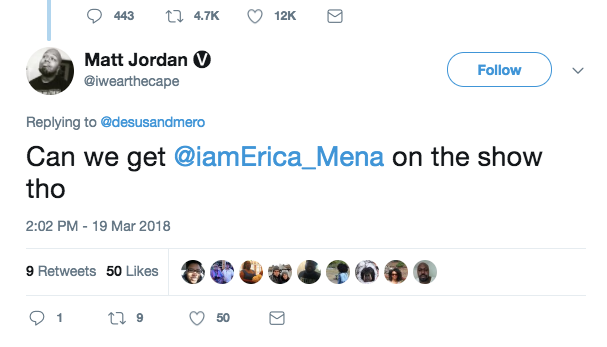 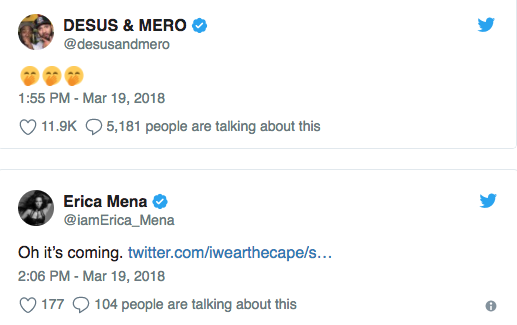 Desus and Mero recently appeared on The Breakfast Club where DJ Envy checked them for making fun of his wife Gia and implying that she was a gold-digger.  Then he walked out of the room and Charlemagne the God and Angela Yee conducted the interview.

During that interview Desus and Mero were actually very apologetic.  Actually, to me, they were TOO apologetic – to the point where it seemed like they were making a joke out of their apology.  Mero tried to sound sincere and said he knows how DJ Envy must feel because he has a wife and family too.

But, it looks like they were not sincere at all – because now they’ve invited DJ Envy’s mistresss, Erica Mena to be on their show!

They’re giving her a platform to air out everything that DJ Envy told her and knowing Erica, she’s not going to hold back!

I’ll definitely be tuned in.  But I can’t help but wonder if DJ Envy actually made things worse for his wife Gia by bringing up how Desus & Mero clowned his wife on their show.  I think if he hadn’t have brought it up and hadn’t have walked out of their Breakfast Club interview – then maybe they wouldn’t have invited Erica Mena onto their podcast . And maybe Gia wouldn’t have to hear what Erica is about to say.

What do you think? Did DJ Envy just make the situation worse? Or do you not blame him for how he addressed the situation?

***MY LINKS****
BUNDLE SALE!
https://lailahlynn.mayvenn.com/
*Take 25% Off EVERYTHING using the code SPRING
Quality hair extensions with a 30 day money back guarantee