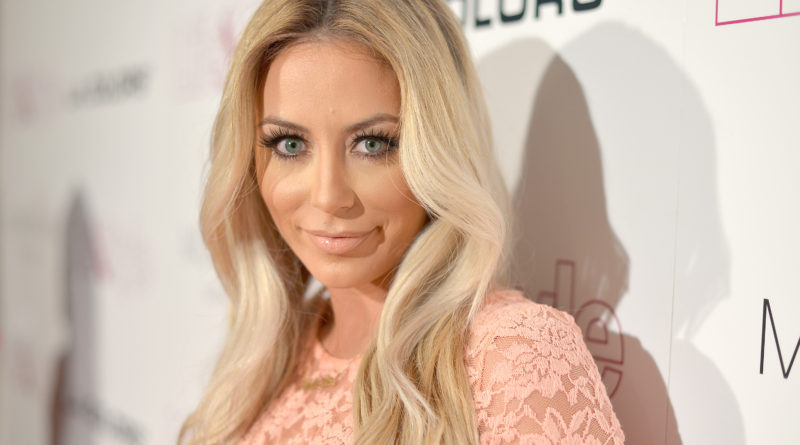 Lawd, have mercy! News has just broken that Aubrey O’Day, from Danity Kane, may be at the center of Donald Trump Jr.’s recent split from his wife Vanessa.

Now before anyone starts judging her, I just want to put it out there that it’s being reported that Donald Trump Jr. lied to her during their ENTIRE relationship!  Sources say he pursued her.  Hard.  And he allegedly told Aubrey that he and his wife were in the midst of separating, but that was a lie.

Aubrey and Donald Trump Jr. met when she filmed Celebrity Apprentice in 2011.  And Donald actually had his third child with his wife Vanessa in 2012, so clearly he was not separated from her! His wife was actually pregnant during most of his relationship with Aubrey.

Sources say that Donald Trump Jr. did plan to leave his wife Vanessa, for Aubrey O’Day.  And when he told Vanessa she was devastated.  Sources also say that Donald Jr.’s family pressured him to stay with Vanessa, and that’s why he didn’t leave back then.

In 2013 Aubrey O’Day released a song about having a secret relationship, and the title of the song is actually the initials “DJT”.  The song was released in 2013, but now, people can clearly see the title “DJT” likely stands from Donald John Trump.

Check out the lyrics:

I thought it was forever at the time but maybe I was lying to myself
Is that what you want? You want to believe that everything with me was a lie?
A fantasy? And you want to go back and live in the life that you had have forever?

I don’t know. I couldn’t do what I said I would do so that answered the question for me.

I’ll always want you and always wonder about it but it doesn’t matter because I have to stay here.

So based on those lyrics, he was lying to her so hard, that he had her thinking that they would be together forever.  That’s a real shame.

The New York Post reports that on election night in 2016, Aubrey  pointedly tweeted, “my story I didn’t tell is worth millions now.”

Aubrey O’Day has not responded to the allegations. She just posted on social media a picture of herself with the caption, “I’m only interested in the things money can’t buy.” So I guess she’s trying to prevent people from saying that she was only with DJT for the money.