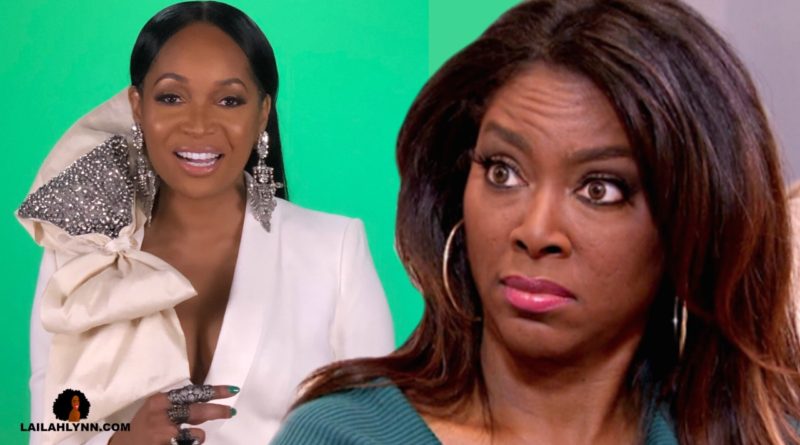 On last night’s episode of The Real Housewives of Atlanta my girl, Marlo Hampton, had a lot of people SHOOK when she showed up and showed out in a CONFESSIONAL!!!  I could have died, I was so shocked!!!

Marlo Hampton appeared in her first Real Housewives confessional in years! And of course, she slayed it.  Take a look.

I loved her look from her hair, to her nails, to the big ole bow on her shoulder!  Twitter was here for it too.  Check out these tweets: 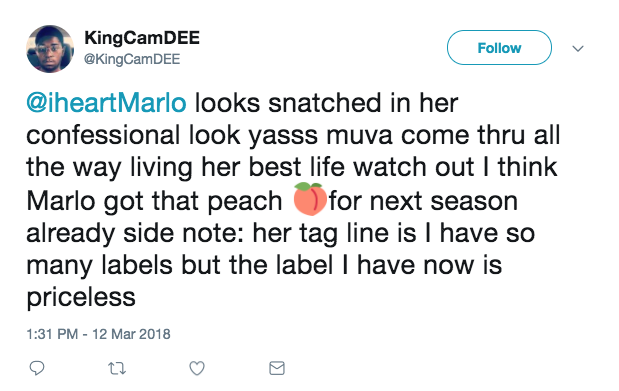 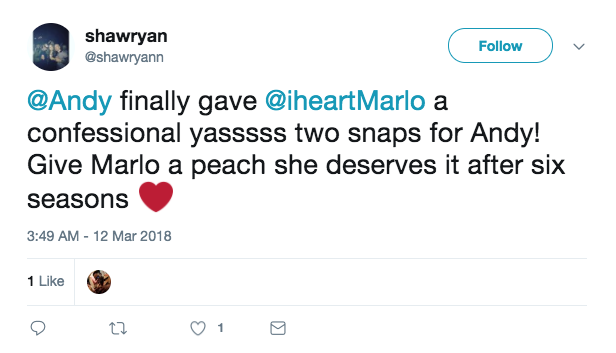 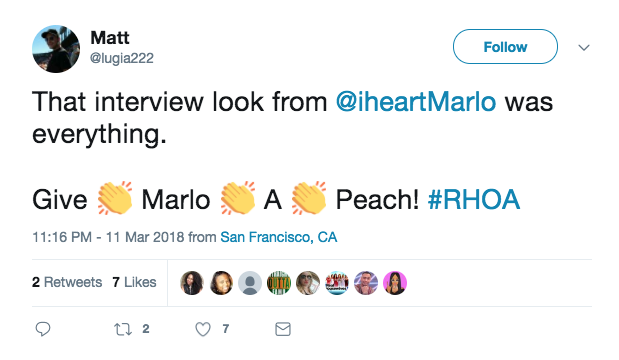 And with all the drama that has been going on with Kenya and her not being willing to show her husband on the show, fans are wondering if Bravo Andy is going to replace Kenya – with Marlo!

A fan tweeted about Kenya, not to Kenya, and said… 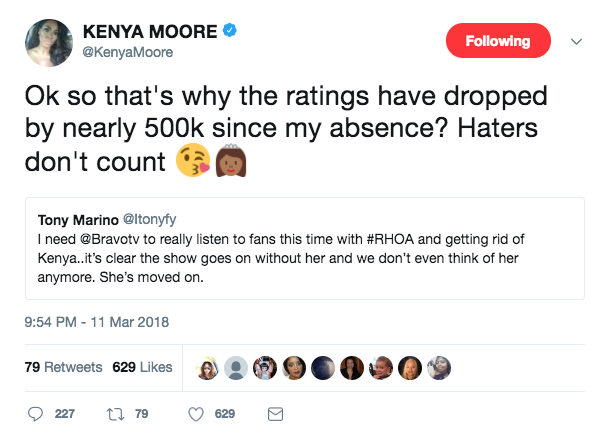 Well, Kenya must have been looking for tweets about her because she responded to the fan and said…

So my question to you all is, have you been missing Kenya?

Personally, I really enjoyed last night’s episode and I didn’t even think about Kenya.  Of course, I thought about Porsha because her name was mentioned and she started the trip with the girls.  But I don’t even remember Kenya’s name being mentioned on the episode last night.

I think Eva has already secured her peach for next season.

But who would you rather see holding a peach for Season 11, Marlo or Kenya, click the link to vote in the poll and leave a comment to let me know why.