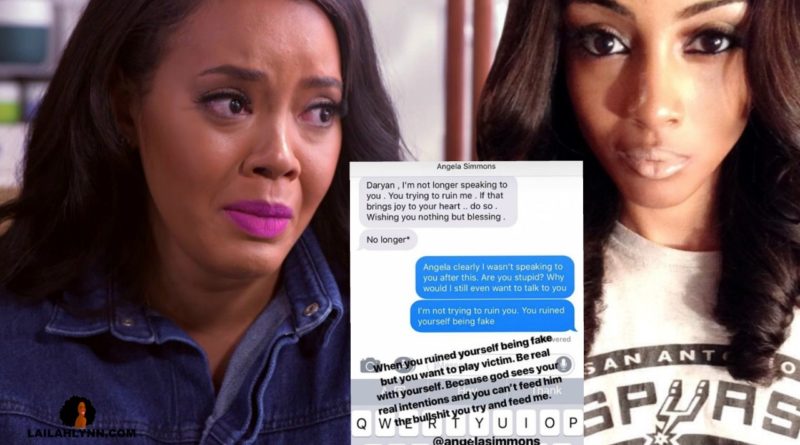 If you don’t watch Growing Up Hip Hop or if you didn’t watch Run’s House faithfully, then you may not know that Angela and Vanessa Simmons actually have a little sister by the name of Darian.

Darian is the daughter of Rev Run and his ex-wife Valerie.  And from what they showed on Run’s House, Darian grew up in a much more “modest” lifestyle than Angela and Vanessa.

Angela has had a fractured relationship with her little sister Darian for years, apparently, and on the last season of Growing Up Hip Hop, they actually brought Darian on to try to mend that relationship.

To me, Angela seemed uninterested in mending the relationship with her sister.  She really seemed like she could care less, but their big sister Vanessa seemed to really want them all to have a sisterly bond.  And when Angela sat down to talk with Darian she broke down crying, and seemed to want to mend things as well.

Welp, fast forward to today and all that crying and wanting to make up has gone out the window.  Darian actually put Angela on blast on social media for PRETENDING to want to make up for the reality tv cameras.  But in real life, nothing changed!

Shout out to Tea Tenders (@teatenders_liv) for capturing these images from Darian’s insta-story.  She posted: 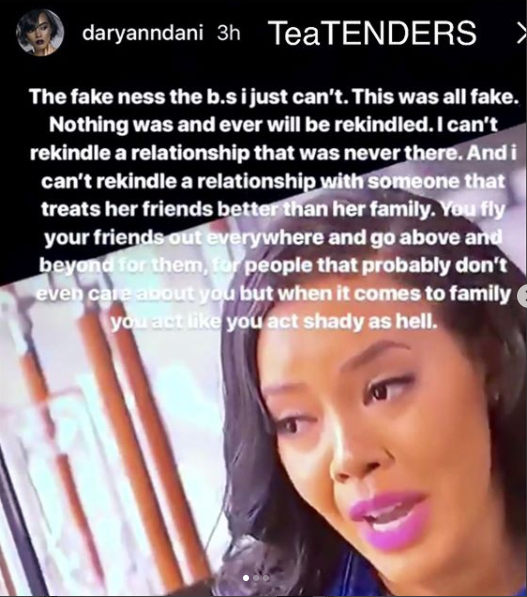 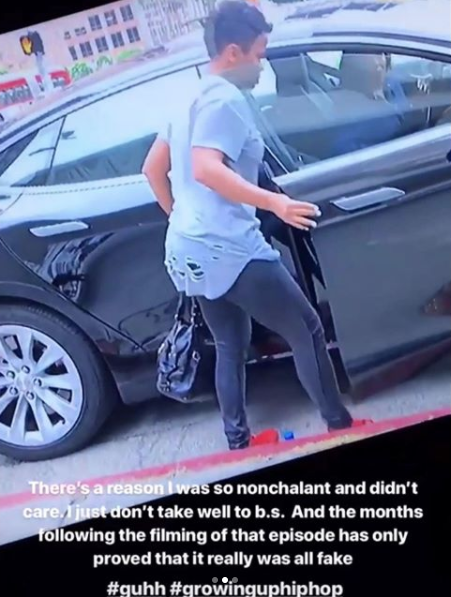 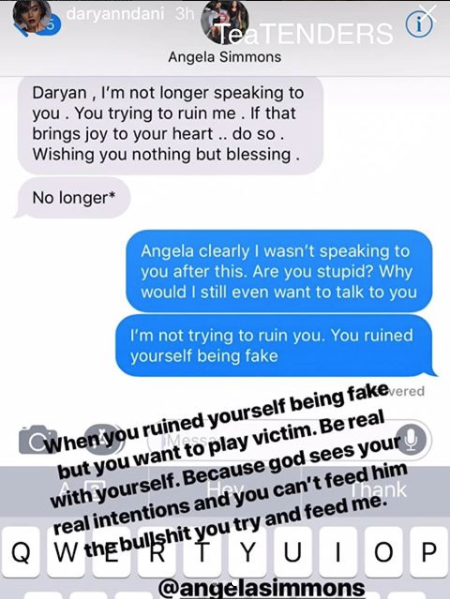 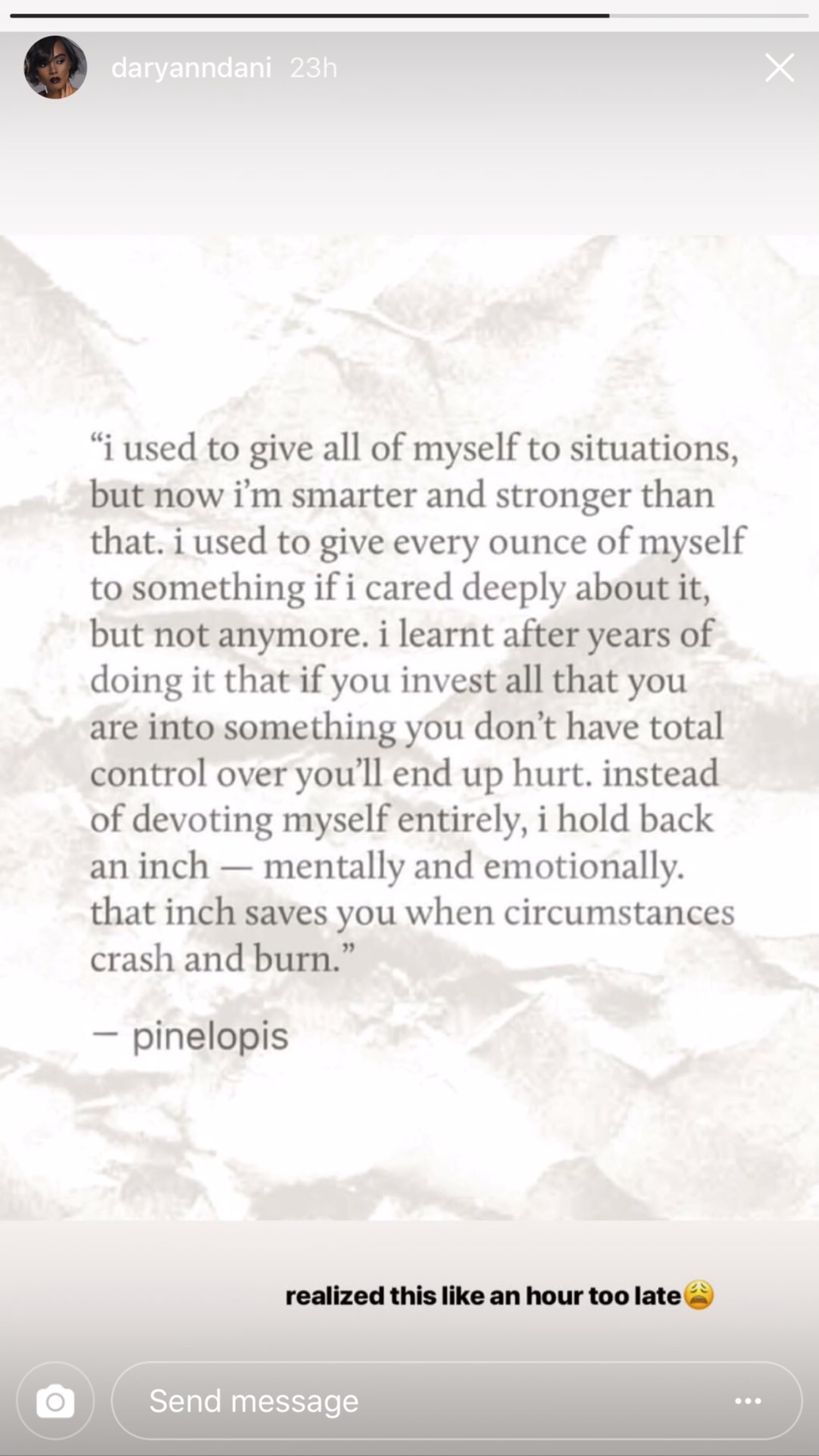 As of today, Angela’s and Darian’s family must have gotten on her for exposing Angela on social media like that, because she posted these messages on her insta-story: 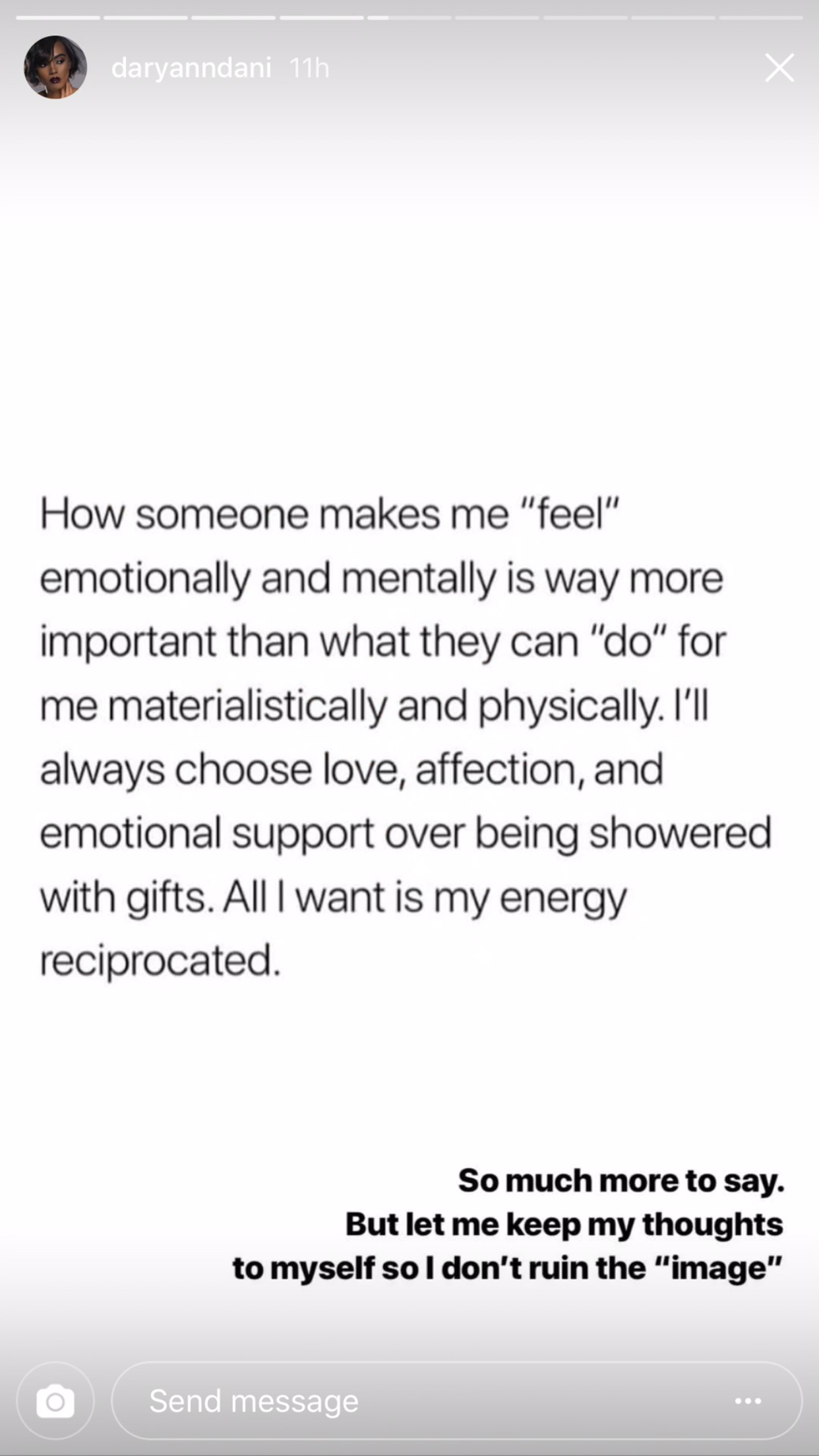 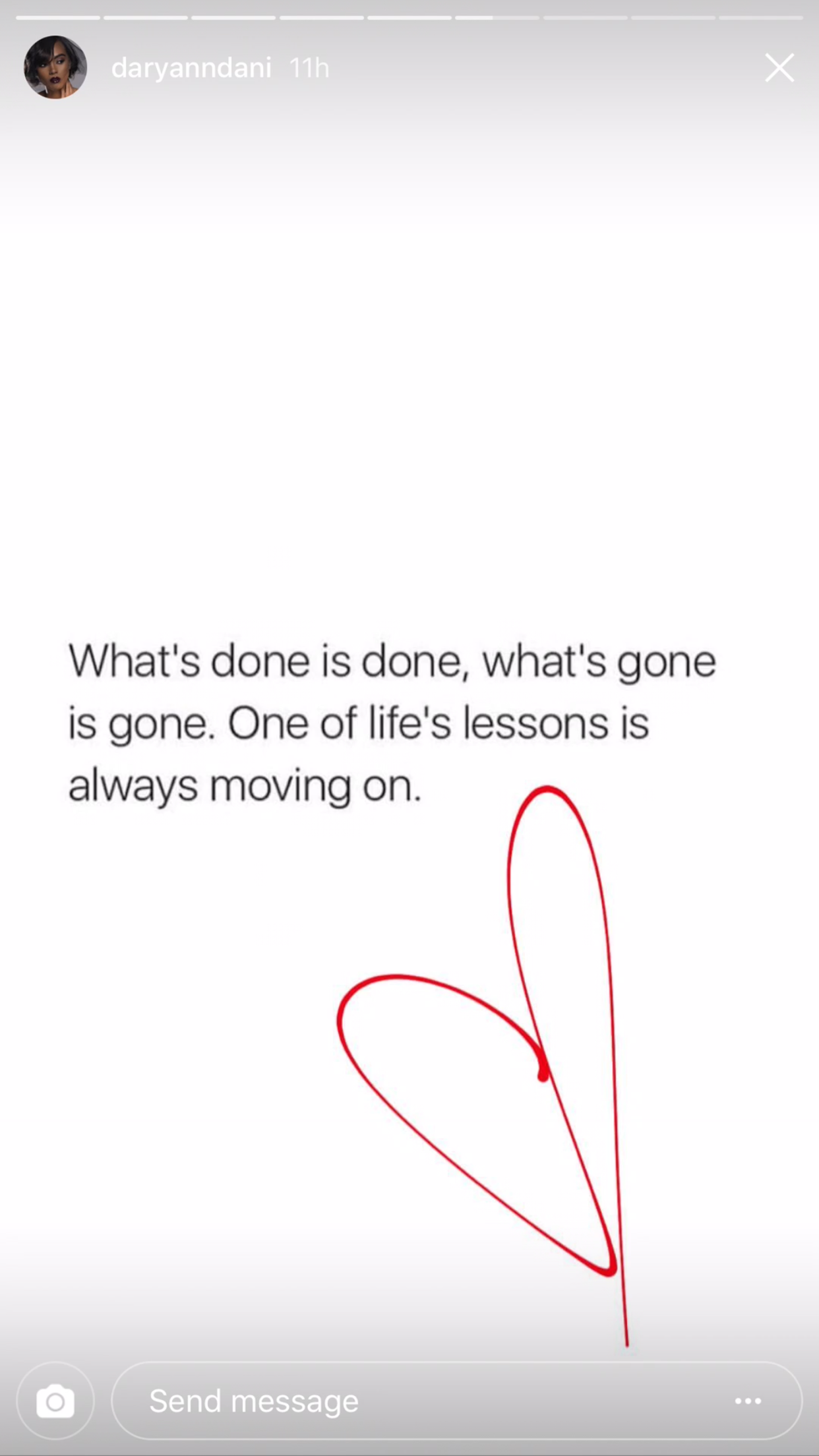 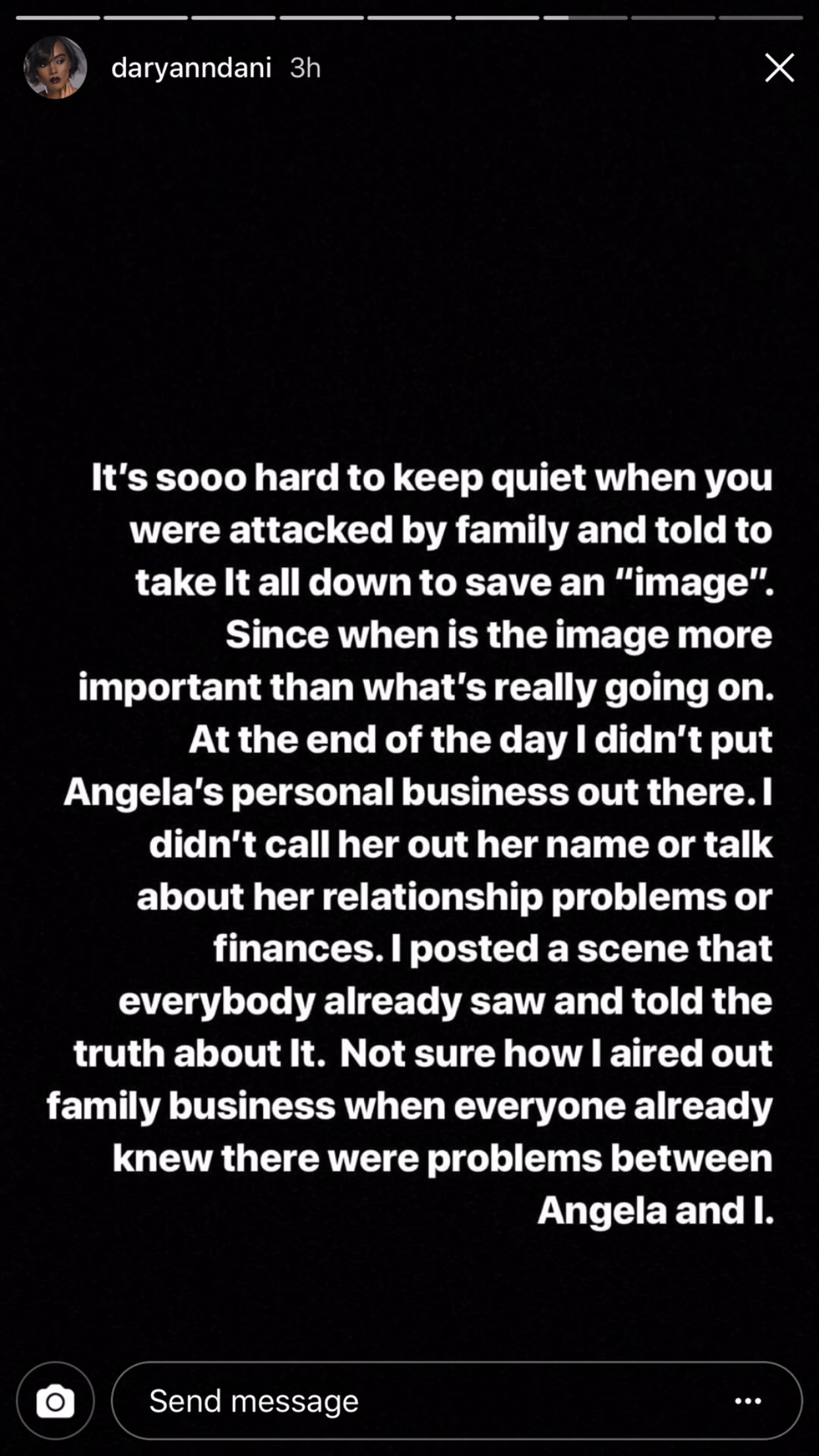 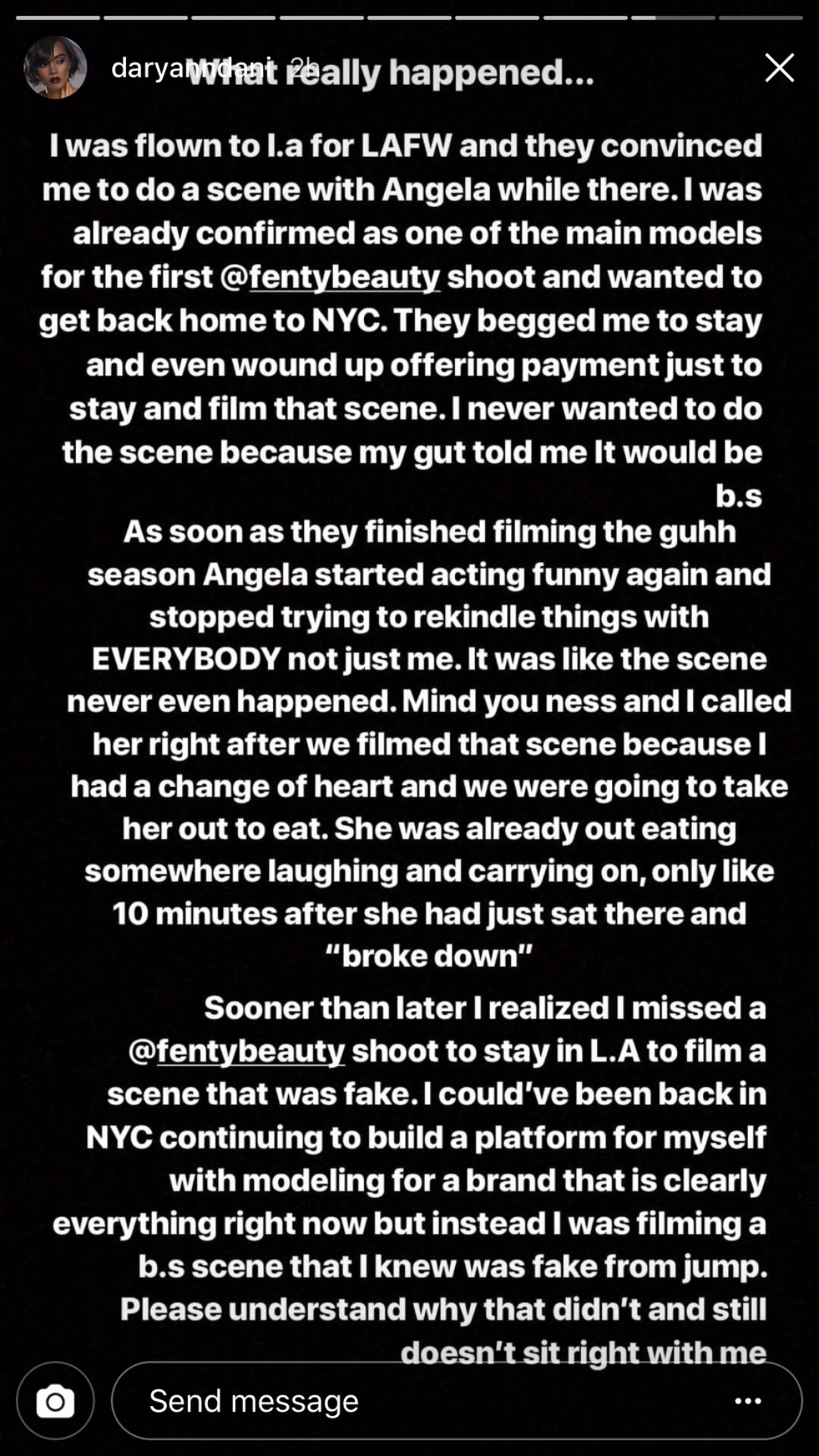 Yikes! Putting your family business on social media (or tv for that matter) is never a good thing to do, in my opinion.  But I guess if you have to get something off your chest, then you do what you have to do.  But none of this seems right to me.

What do ya’ll think?  Are ya’ll surprised that Angela’s own sister says she’s fake?  And do ya’ll think Darian was wrong to put all this family business on social media?