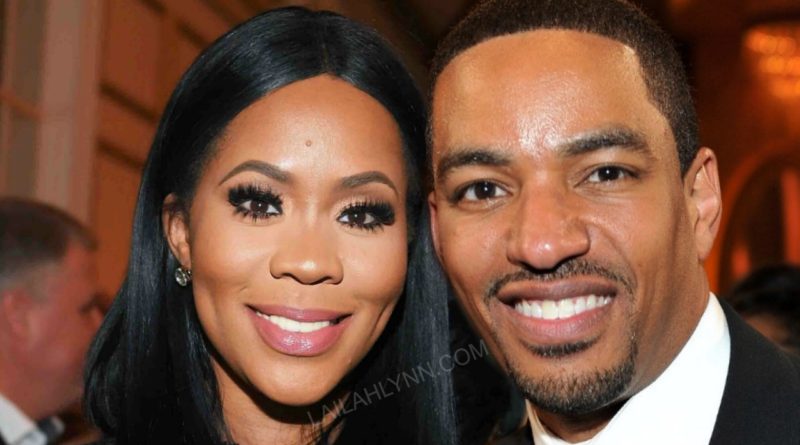 Alright ya’ll, so word on the Internet curb is that Instagram model, Deelishis, has hooked up with respected actor Laz Alonzo.

Laz Alonso is best known for his Hollywood movie roles as Tsu’tey in Avatar, Fenix in Fast & Furious and for me, Jason Taylor in Jumping the Broom. 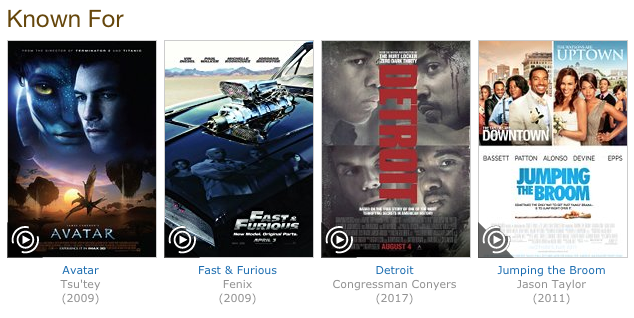 Deelishis, whose real name is Chandra Davis, is most known for her appearance on Flavor of Love – where she vied for the Love & Affection of Flavor Flav, and actually won!

She’s actually also done some acting, according to IMDB.  She played Danielle in the movie Pawn Shop as well as some other movie roles. 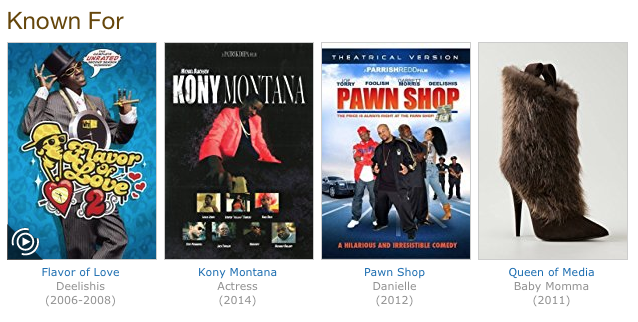 Alright, so this is how we know they’re dating, despite neither one of them officially announcing it:

Just 2 days ago, Deelishis posted a bouquet of flowers on Instagram with the caption “THANK YOU BABE #proveit” 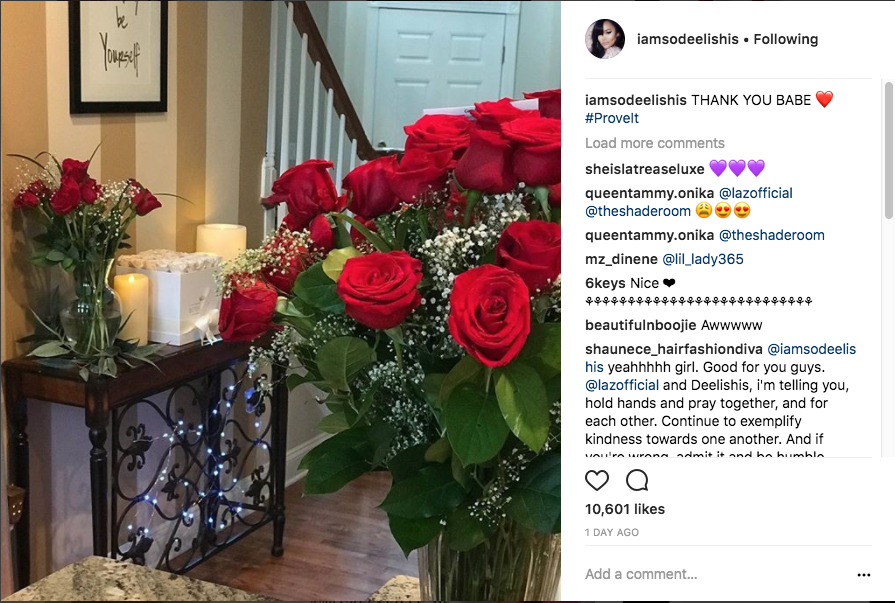 And Laz Alonso actually responded in the comments and said “You’re welcome.” 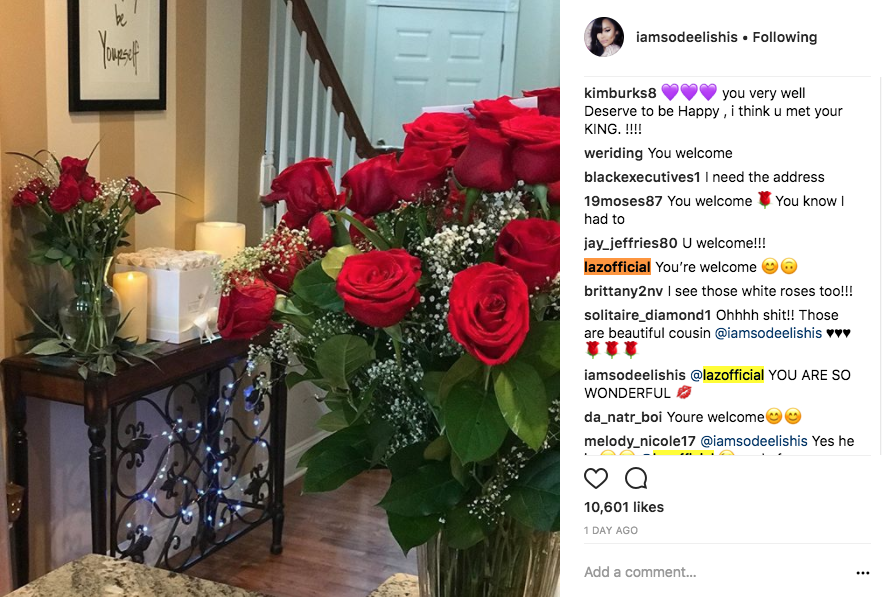 Now I know just because he said “you’re welcome” doesn’t mean he’s the one that actually sent them.  He could have just been joking, just like some of the other men in her comments who also took credit for sending her the flowers.  But she actually responded to his comment! She replied “You are so wonderful” which to me confirms that he did send her the flowers and they are dating. 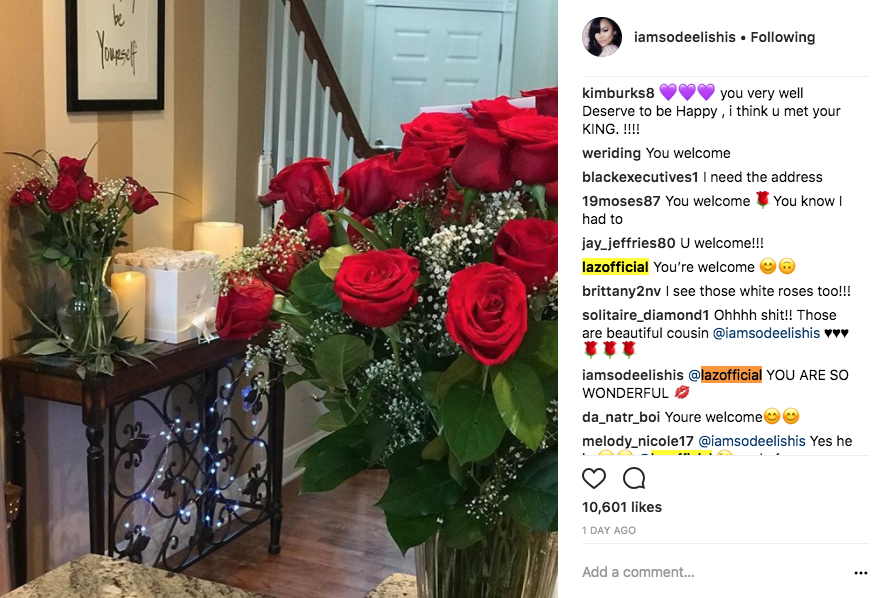 AND if you notice in her caption she used the hashtag #proveit, which she also used in a text conversation that she posted a few days earlier between her and a “mystery man” 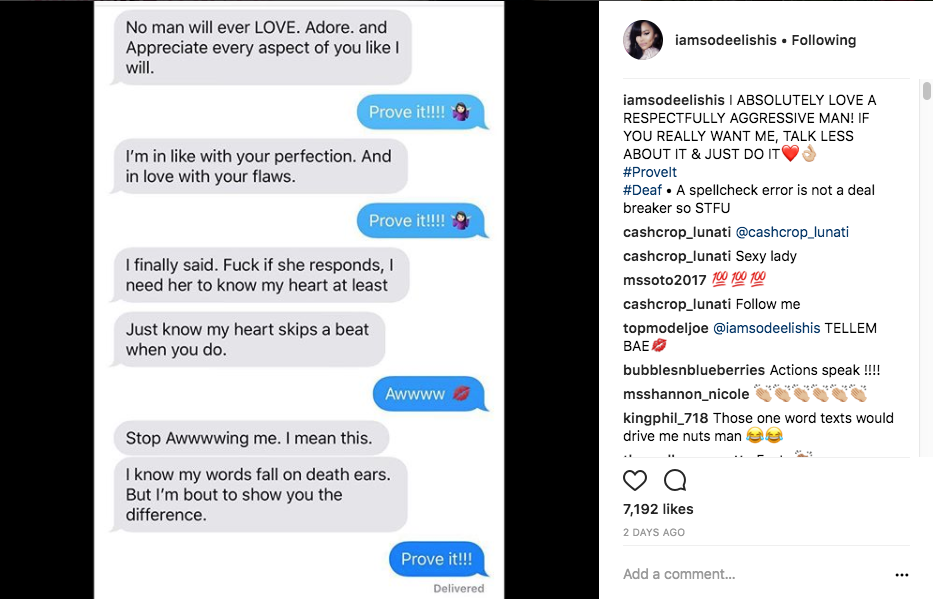 Alright, so in this text convo Laz says “I’m in like with your perfection.  And in love with your flaws.”  And just an hour ago Deelishis posted this video on Instagram of her with no makeup (except lashes and glitter that she had glued on.) And in the caption she asked “BUT WILL YOU STILL LOVE ME WHEN I TAKE IT ALL OFF…” obviously referring to him saying he is in love with her flaws!

BUT WILL YOU STILL LOVE ME WHEN I TAKE IT ALL OFF…. UHH MINUS THE LASHES LOL… THAT GLUE & GLITTER WAS NO JOKE 🤦🏻‍♀️

This was just an hour ago.  But I bet in the next few hours Laz will have responded to her!