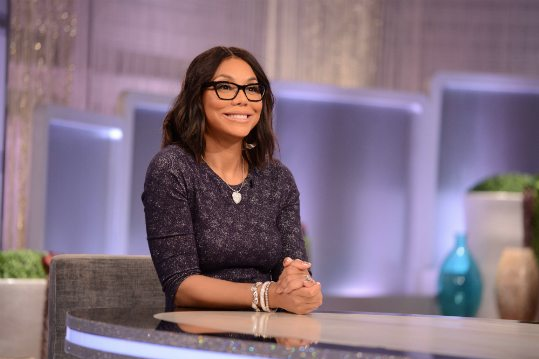 I spied with my little a eye a Twitter conversation between Tamar Braxton and the original CREATOR of ‘The Real’ talk show, Sally Ann Salsano.

It’s no secret that Tamar Braxton has been working on her own talk show, reportedly with the help of Steve Harvey.  But apparently, the original creator of The Real, Sally Ann Salsano, may be involved as well.  Salsano created The Real but stepped down after it’s first season to work on her own production company.

There will be a change at the helm of daytime panel talk show The Real for its upcoming second season. The show’s creator SallyAnn Salsano will step down from her day-to-day responsibilities as executive producer and show runner to focus her attention on her production company 495 Productions.

The new show runner, Rachel Miskoweic, is who ALLEGEDLY fired Tamar after she returned from her sick leave.

But now, after seeing Tamar Braxton co-host The View today, Sally Ann Salsano tweeted that it’s good to see Tamar back “where she belongs.”  And Tamar responded, “WE will be back where we belong very soon.”

The fact that Tamar Braxton purposely said “WE” makes me think her and Sally Ann Salsano may be working together on a new show.

I’ll be watching. Will you?