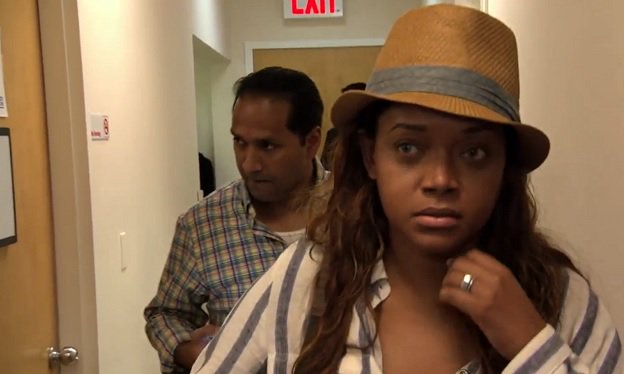 This season on Married to Medicine we have seen Dr. Jackie and her husband Curtis go through the trials of trying to save their marriage after his public infidelity that outright humiliated Dr. Jackie.  Personally, it’s been very hard to watch, especially the scenes where he seems least remorseful like when he pulled Toya onto his lap.

But, as I pretty much expected, Dr. Jackie and Curtis are not the only ones who have faced infidelity in their marriage.

In the coming episode Mariah shares that her and Dr. Aydin have also been tested, when he stepped outside of their marriage and cheated on her.  Take a look.

I think it was so big of Mariah to share this part of her marriage.  Especially since Dr. Jackie has been sharing her fight for her marriage on the show after being cheated on.  And Lisa Nicole Cloud, the only other cast mate who has shared her fight with infidelity, is not there to kinda share that burden with her.

As some of you may know, Lisa’s husband Darren was outed on social media for cheating on her not that long ago.  A voicemail surfaced of Lisa attempting to confront the woman, and Darren was in the background basically shutting Lisa down.

Lisa opened up a tiny bit about it on Instagram with a long caption saying how her steps are ordered by God and she’ll go wherever He wants her to go.

But in any case, since Lisa is not there this season, I think it was really HUGE of Mariah to share that her and Aydin have faced infidelity in their marriage as well and they were able to get past it.

In fact, I think Mariah deserves her spot back in the opening credits for what she is giving the show.  She is opening up and being vulnerable, and sharing some of the most shameful parts of her life.  So maybe she should get her spot back. I still automatically sing her name when the show comes on anyway, lol.