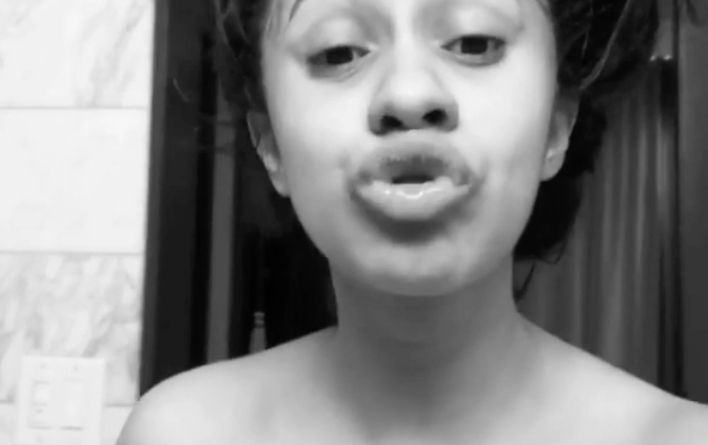 After being nominated for TWO Grammy’s for “Bodak Yellow” (Best Rap Song and Best Rap Performance) and topping Beyonce’s record with five simultaneous Billboard Top 10 Hits on the Hot R&B/Hip-Hop Songs chart, Cardi B still has haters on her mind.

When asked on the Grammy red carpet the best thing about being nominated, she basically said being nominated proves to her haters that she is somebody.  Take a look…

Cardi B’s been acknowledged by some of the greatest artists in the music industry, like Beyonce and more recently, Bono – which she shared in this video:

But despite all her success and accolades, it seems to still bother her that her haters claim that she’s not worthy of all the praise that she’s receiving.  After an AMAZING night at the Grammy’s last night, where she was nominated and performed with Bruno Mars, she woke up and posted this message to Instagram:

Do you think Cardi B should stop worrying about her haters and just enjoy her success? Or do you like to see her check her haters every now and then?