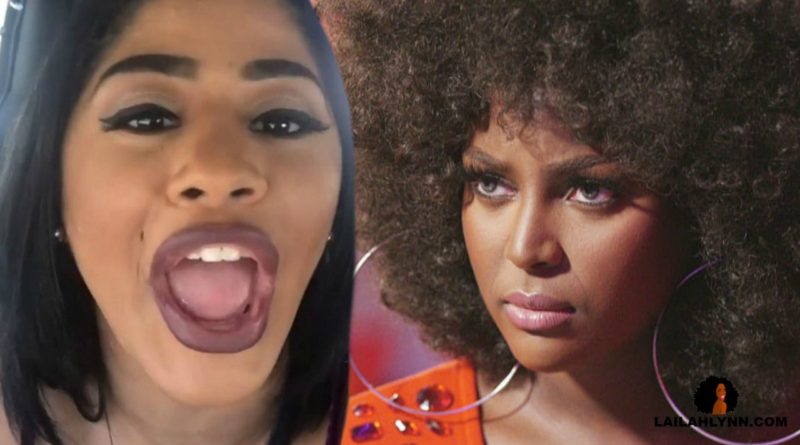 Hennessy Carolina is woke this morning! Apparently, she is tired of blogs picking and choosing what to post of hers when it comes to the Amara La Negra & Cardi B light skin / dark skin conversations. 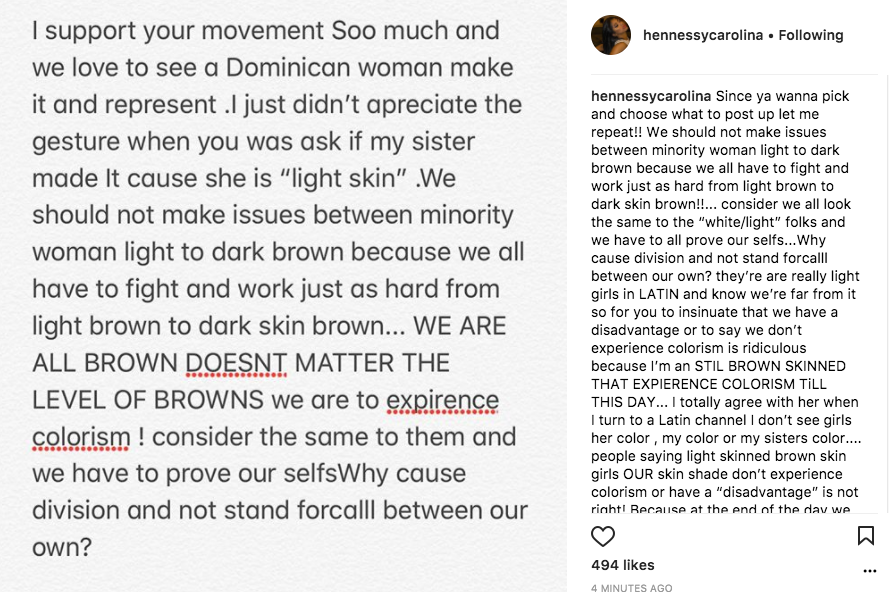 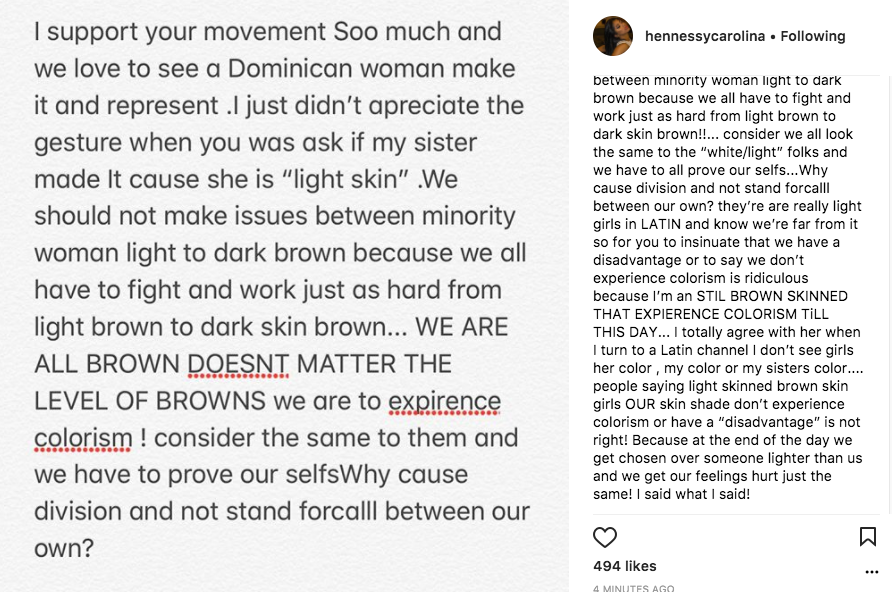 On The Breakfast Club Amara La Negra tried to intelligently explain to Charlamagne that the struggle for dark skin people in LATIN AMERICA is different than that in AMERICA.  And he then still compared her to Cardi B (who has become urban AMERICA’S sweetheart, not LATIN AMERICA’S). And when DJ Envy asked Amara if Cardi B made it because she’s light skin she made this face:

Now this face, is what got Cardi B’s sister Hennessy Carolina all in her feelings.  She posted this comment on the Shade Room’s clip of the interview: 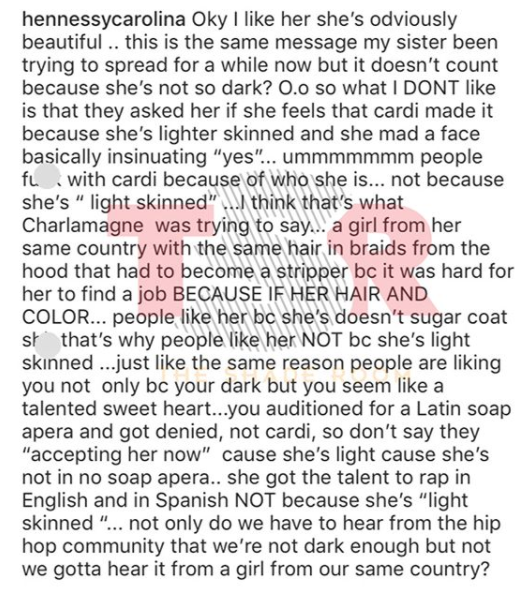 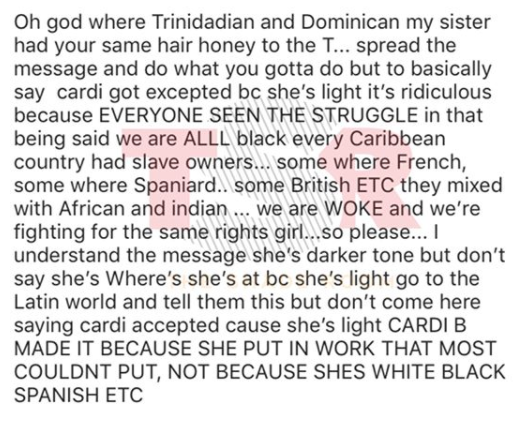 And I see exactly what Cardi B’s sister is saying! And it’s basically the same point that Amara was making, Cardi B popped off in America.  But in Latin America it is A DIFFERENT STORY!

But I disagree when Hennessy says that the shade of brown doesn’t matter.  In racism, no shade doesn’t matter – the discrimination is based on race.

But in COLORISM, the discrimination is based on the SHADE of brown you are.  That’s why it’s called COLORism.

It hurts my head when people who have struggled can’t understand the struggle of other people.

I hope we all feel more educated about the Black struggle across the diaspora after these conversations!