On tonight’s episode of Real Housewives of Atlanta, Porsha’s sister Lauren accused Cynthia of not showing up for Porsha, even though Porsha had shown up for her.  Apparently Porsha had two events, one on Friday and the other, main event on Saturday.  And although Cynthia mentioned the main event on Saturday, once Kenya popped up, the show made it seem like Cynthia forgot all about Porsha and only participated in Kenya’s event.

But looking at social media at the same time as the show, I saw that Cynthia said she actually did go by Porsha’s main event on Saturday.

Cynthia posted a picture reminding everyone to watch the show tonight. 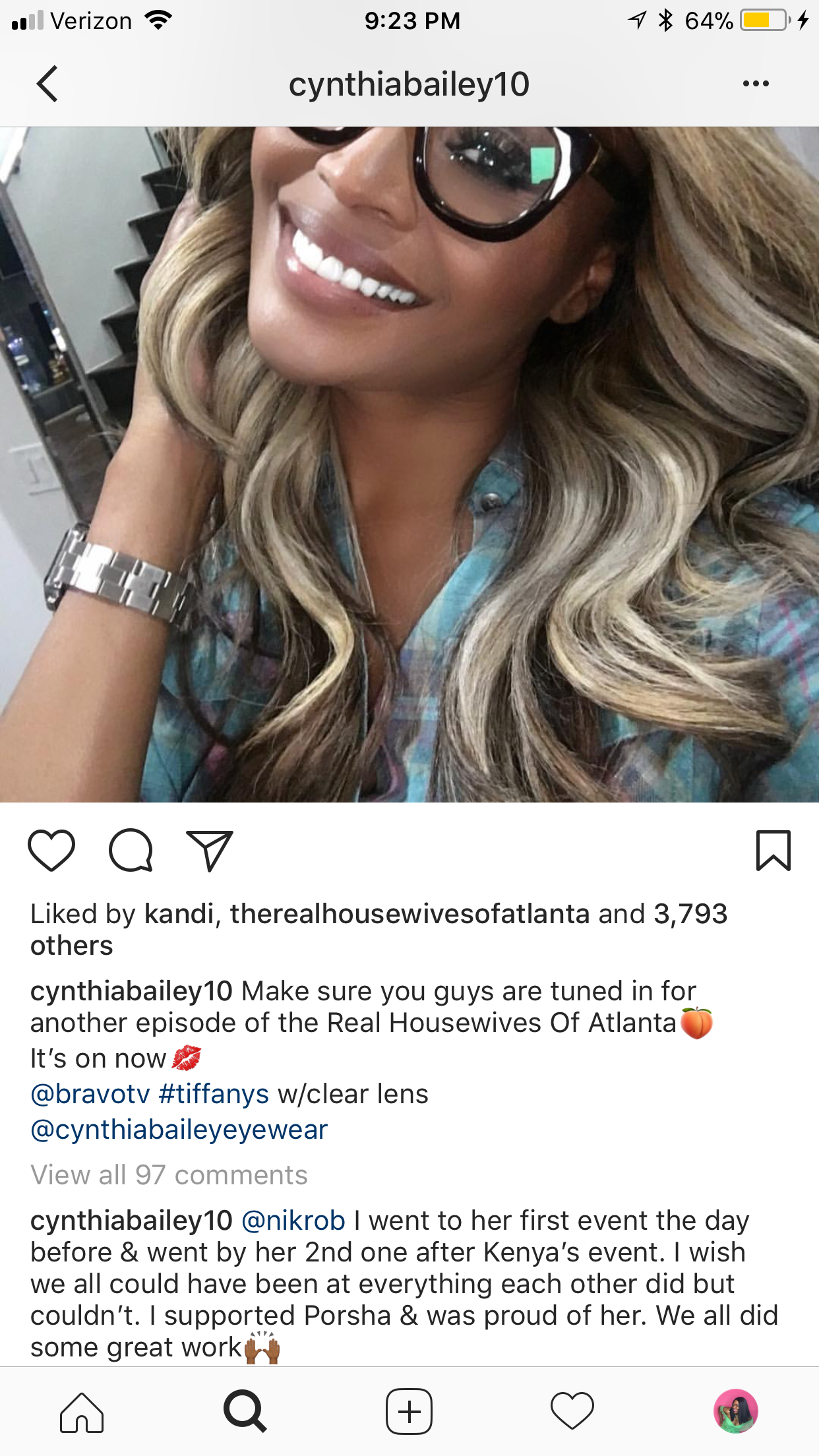 And in the comments someone was trying to check her for not going to Porsha’s main event once Kenya popped up in town. 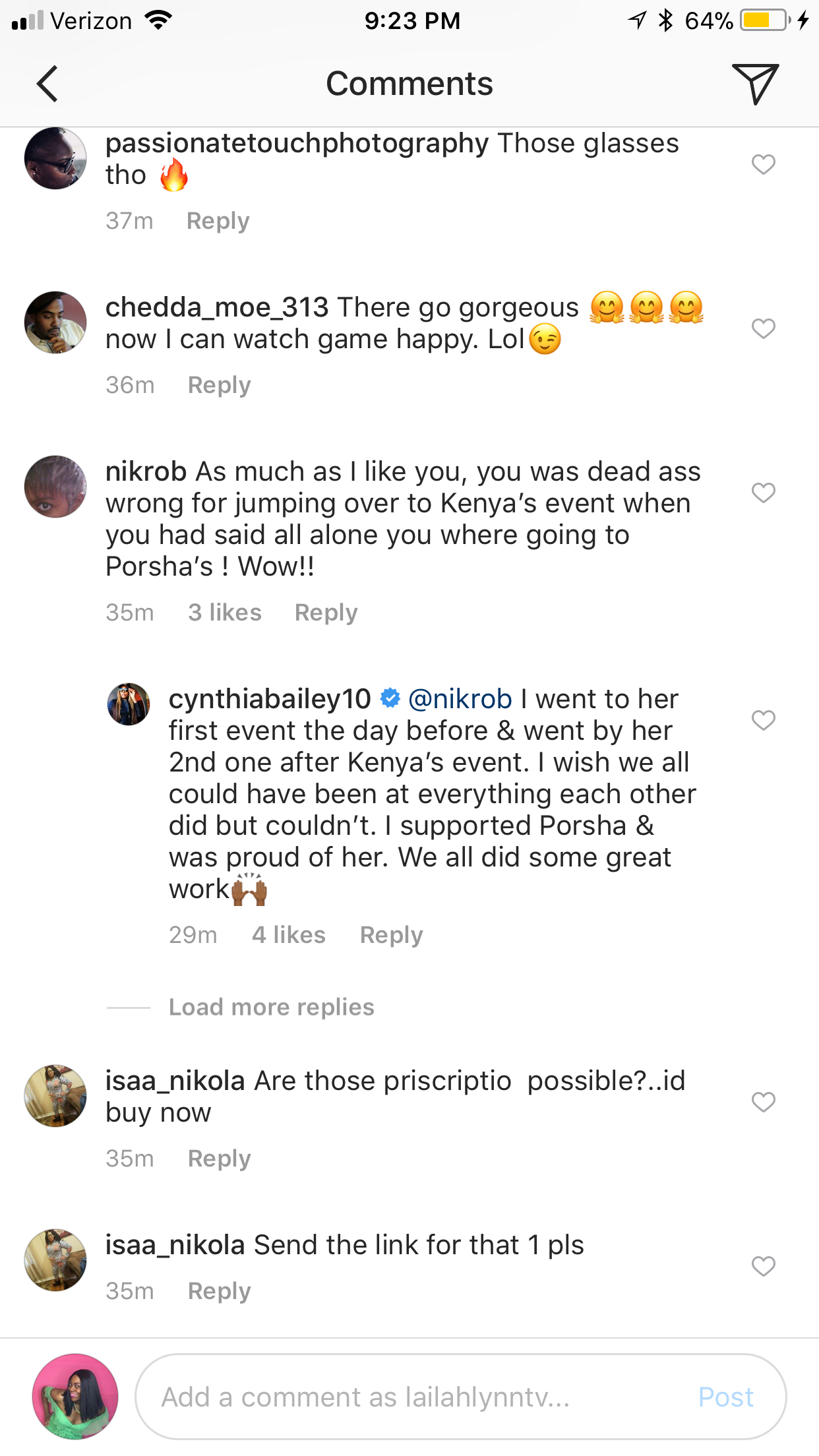 So it looks like Bravo was trying to create yet another storyline tonight by making it seem like Cynthia is a puppet that Kenya operates by pulling on her strings.

However, I did notice that when Kenya was cussing out the producers and saying she could care less about ALL the girls at the table, she wasn’t making an exception for Cynthia!

She wasn’t saying F everybody except Cynthia! Or I don’t care about any of those ladies except Cynthia! Cynthia was included in Kenya’s rant.  And she really embarrassed her at the window of her car when she wouldn’t roll her window down for her.

So do ya’ll think Kenya is Cynthia’s real friend? Or is she just faking for the show?