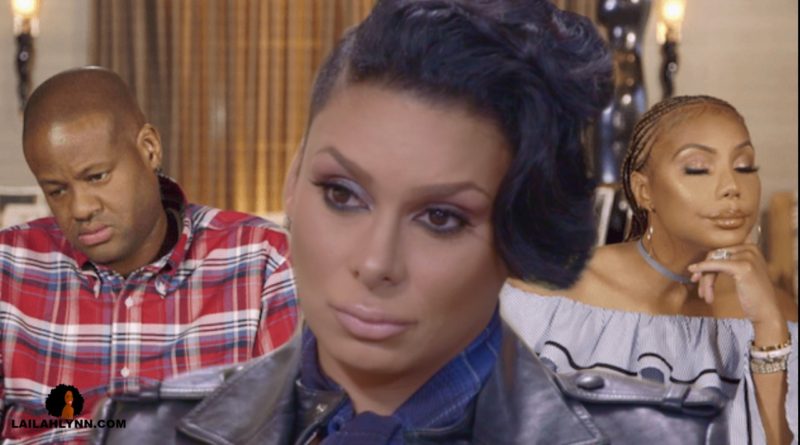 Apparently and allegedly Vincent Herbert cheats on Tamar Braxton with SEVERAL women, so Laura Govan may or may not be the one that’s pregnant.

Secondly, Tamar mentioned that there was a public record on Vincent from Christmas day.  Turns out, Vincent was arrested for spousal assault on Christmas Day! He was released on 20K bond which he posted.

Tamar has since released a statement to TMZ regarding Vince’s arrest:

Co-parenting while going through a divorce is not an easy task. While celebrating the Christmas holiday as a family, after a few drinks and some jealousy, things got a bit out of hand, which is common for most families during the holidays. In the midst of everything our family is going through things got heated and a bit exaggerated. There was no physical interaction between Vince and I on Christmas. While I do not appreciate his lack of respect for our family and him allegedly impregnating another woman, I cannot paint him as a vicious abuser that Vince is not.

Okay, so let’s read between the lines on this.  Because obviously Tamar is not saying what she wants to say.  You can tell her words are tempered probably because she has a child with this man!  It’s like she doesn’t want to say “he threatened to beat me again which he has been doing off and on for 9 years!” So instead she just said things got “heated and exaggerated.”

That’s how you talk when you have kids with someone and you know your kids will one day read your words.  As a conscientious mom, I can see Tamar is trying to protect Vince as best she can for the sake of Logan.  But Vince is making it very hard with him possibly having a baby with a woman who the world knows as a gold digger.